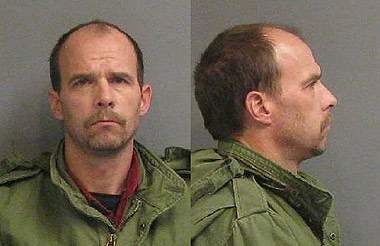 Did William “Wild Bill” Manis tell his hostage the truth? Did he kidnap her and other women so they could be sold as sex slaves? One thing is certain. When Hamilton, Ohio police officers responded to Manis’ home on Campbell Ave. last Friday they found a bizarre set of circumstances, to say the least. 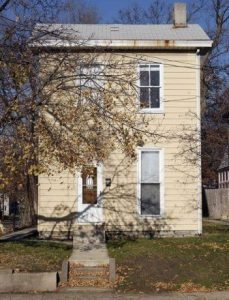 The officers were summoned to the house by neighbors who called 911 stating a handcuffed woman had just “come through” their door. Their next comments were about the woman’s battered physical condition and that she’d just escaped from the house next door by jumping from a second story window.

The victim, a 22-year-old prostitute and mother of two small children, freely admitted to officers that she’d been trolling East Ave. looking for clients to support her drug habit when she met Manis. The two agreed on a suitable “business” arrangement and then walked to his house a few blocks away. And that’s where the victim’s nightmare began. Almost immediately Manis became violent, hitting the woman in the head with a pair of handcuffs. Then he attempted to stuff a knit cap into her mouth. When that didn’t work he held her mouth closed with tape. But when he noticed she was experiencing difficulty breathing he shoved a sock into her mouth and held it in place with a piece of rope, removing it only to feed her.

During her ten-day captivity, the victim was not allowed to speak. She did, however, try to talk to her attacker during feeding times but he punched and beat her each time she did.

The victim survived on small portions of spaghetti, Ramen noodles, and chili. Manis did provide water and soft drinks during her meager meals, but while she ate she was forced to listen to his wild rantings about his political and social views. The woman also said that Manis detailed his association with the white supremacist group Aryan Nation.

Manis allowed no visits to the restroom. Instead, the woman was forced to urinate on herself. Afterward, Manis, obsessed with cleanliness, washed her body.

At times, the victim was hogtied and forced to remain in one position for hours at a time. The slightest movement and Manis would punish her by moving her to the attic where he’d strip her naked and leave her there in the cold.

Manis’ prisoner kept track of the time by watching the sliver of daylight that appeared under her door each morning. She listened to her captor as he nailed her door shut after each visit, visits that also included forcible rape. In fact, the victim endured rape at least 18 times during the ten days she was held captive.

On the 10th day of her captivity, Manis’ landlord showed up at the residence to work on the furnace. Apparently, the landlord’s visit took the kidnapper by surprise because he forgot to drive the nail in the door to her closet. The woman took advantage of his error and made her escape. Her ten days of horror was finally over.

Manis was taken into custody by officers from the Hamilton Police Department. He was charged with kidnapping and 18 counts of rape.

Chief Neil Ferdelman (Hamilton PD) was kind enough to send us a copy of his department press release and a copy of the actual search warrant for Manis’ residence on Campbell Ave. Please take note of the items seized from Manis’ residence. Those are the items that will be used to connect the dots in the case. 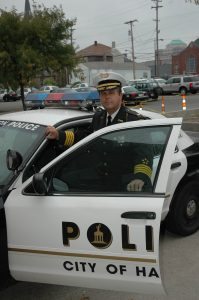 Hamilton Police Arrest Man on 18 Counts of Rape
Hamilton, Ohio – On Friday, November 26, 2010, Hamilton police were called to the 900 block of Campbell Avenue on the report of a rape. Upon arrival, a female stated that a man struck her in the face several times while she was at his home on November 16th. The female reported that the suspect bound her hands, feet, and mouth and held her in a closet for ten days. The female confided that she was raped 18 times over the ten day period. The victim stated that she freed herself by jumping out of the home’s second story window.

Hours after the report was made, detectives arrested William Hobert Manis, 44, 904 Campbell Avenue, Hamilton. Manis was charged with 18 counts of Rape and one count of Kidnapping. Both charges are felonies of the first degree. 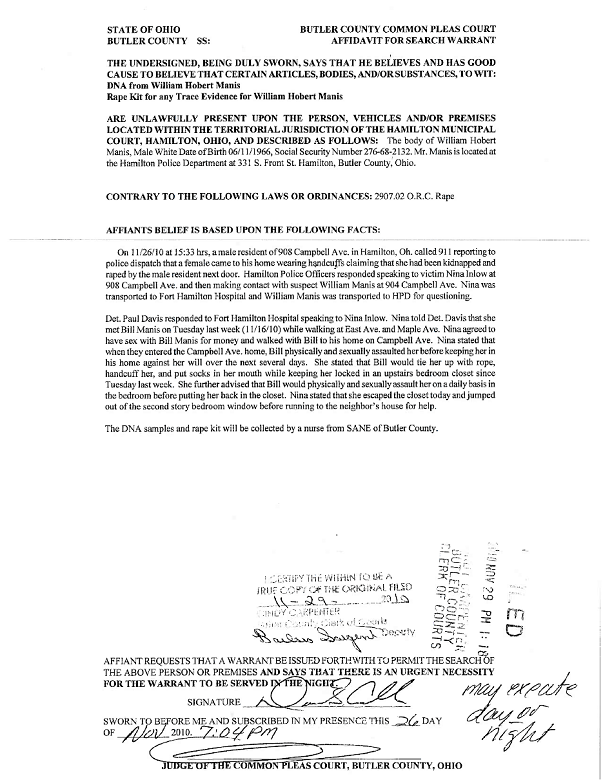 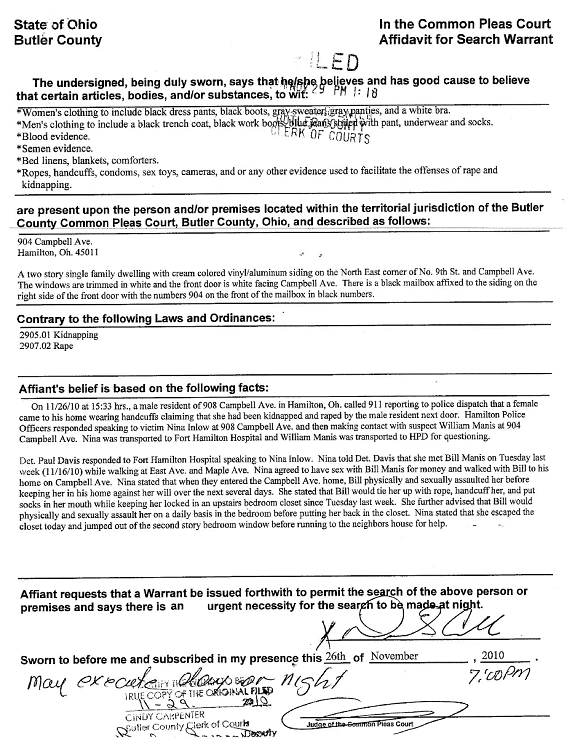 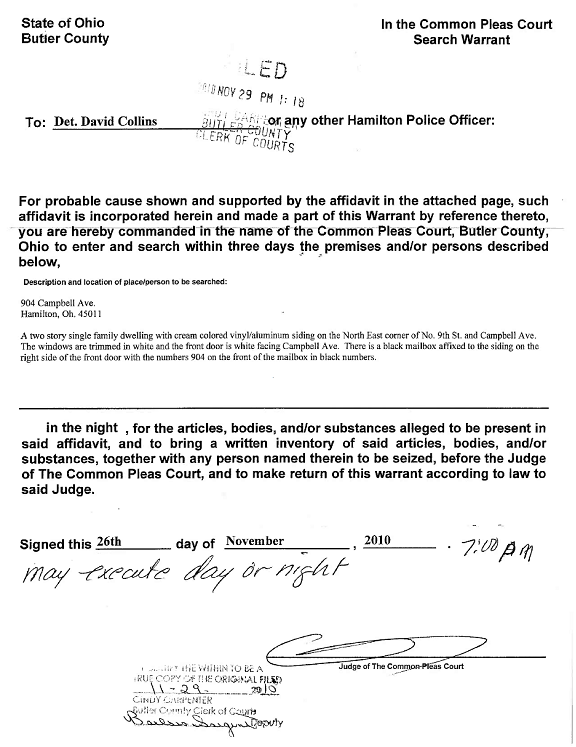 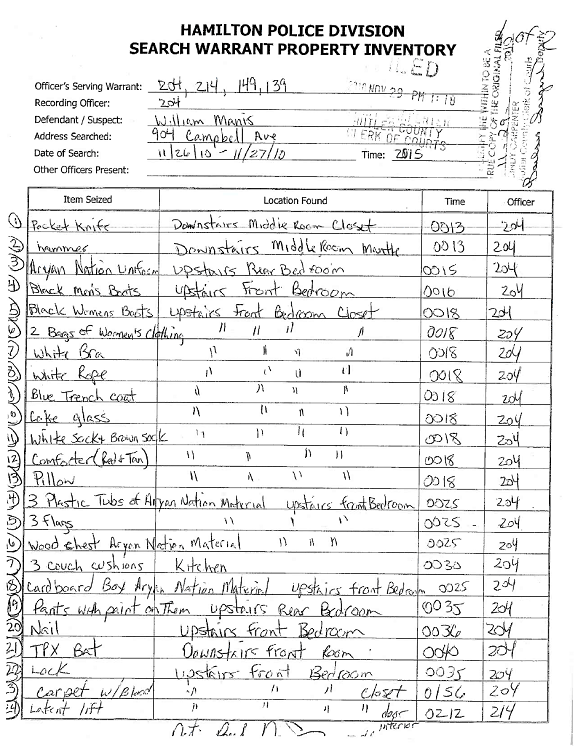 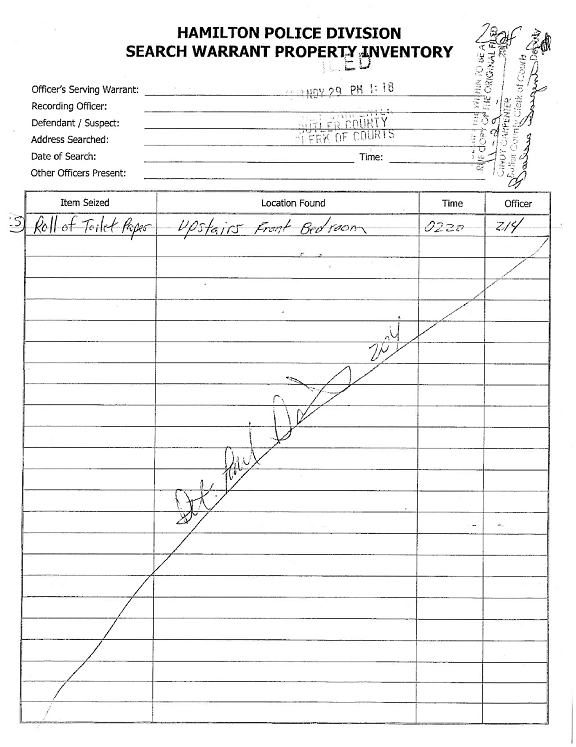 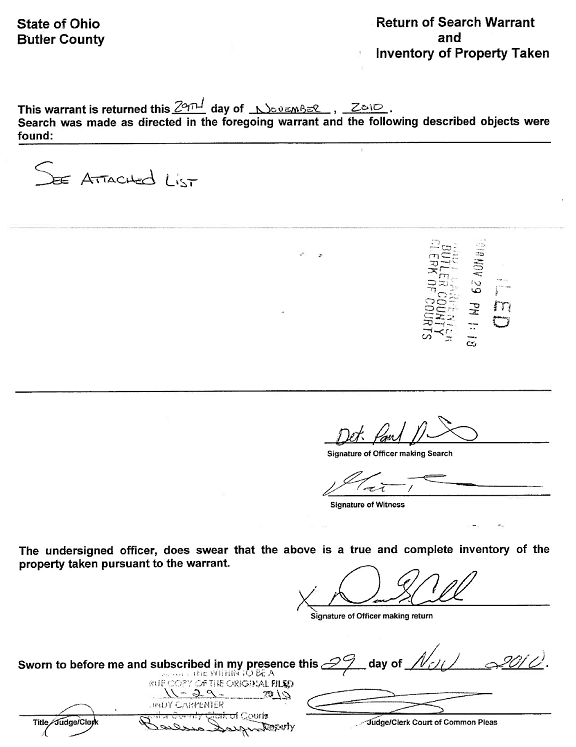 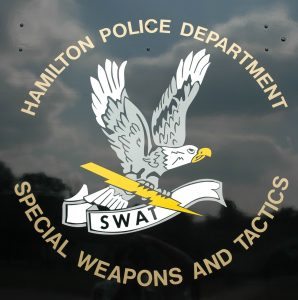 * A special thanks to Chief Ferdelman and all the Hamilton Police Department officers. You guys are the best! Thanks for all you do.