Who stands a better chance of walking out of a courtroom free and clear of all criminal charges? Is it the rich businessman and his team of high-priced attorneys? Or, is it the average Joe, a hardworking ditch-digger who barely gets by earning minimum wage and is represented by an overworked, underpaid court-appointed attorney who’s fresh out of law school?

I think it’s safe to say the answer to that question is, well … it goes without saying.

I’m sure you’ve all heard of the latest high-profile case where a young man of more than substantial means, while driving drunk, crashed and killed four people. His family hired a couple of “big name” attorneys, and when the dust settled the defendant skated out of the courtroom with a sentence of probation. His defense had been that he was raised in the midst of extreme wealth and riches and had never been disciplined for doing wrong. As a result of living in those “horrible” conditions he suffered from affluenza, meaning that he couldn’t/didn’t know any better. Apparently, affluenza renders some folks totally and utterly stupid beyond all definitions of the word.

At least, though, the young man’s attorneys managed to come up with a defense that has a name attached to it. But what about the wealthy one-percenters who never seem to serve any real time for their crimes? How do they manage to avoid the orange jump suits and sharing a 6×9 concrete and steel room with roaches and rats? Has it always been this way, where the well-connected enjoy a different standard of justice than do folks of meager means?

Let’s begin our exploration on a small scale—the wannabe big fish in a tiny pond. You know, the upper crust of small town U.S.A.

There was a deputy who’d decided to come in off patrol to catch up on a bit of paperwork. He parked in front of the jail and, after that unseen person buzzed him through the gates, he headed upstairs to a private office area where several deputies shared a bank of desks and a few typewriters.

As he made his way up the steps he heard someone clacking away at one of the old Royals. He thought it was odd to hear someone hard at work in the office because he hadn’t seen any other patrol cars parked outside. When he turned the doorknob and pushed the door open, he was quite surprised to see a young man, a non-employee civilian, sitting behind one of the army-green metal desks. The stranger looked up from his typing and, without so much as a “kiss my tail feathers,” he went back to pecking the keys. To top off the bizarre situation, a tiny fluffy dog that resembled a small sheep was seated in his lap, licking the remnants of a bright red lollipop.

The deputy placed his folders and other do-dads on one of the other desks, and said, “Excuse me.”

The interloper stopped typing and looked up. He was obviously irritated that the lowly deputy had the gall to bother him. 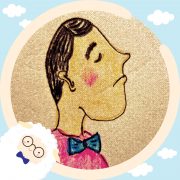 The deputy continued. “Did someone give you permission to be in here?” The deputy was concerned because their lockers, which contained evidence, firearms, chemical sprays, and other police goodies, were also in the room.

The little snob said, “Yeah … they did.” He went back to work.

“Who?” the deputy asked.

“Who, what?” was the kid’s snotty reply to him, without bothering to stop punching the keys and dinging the bell.

The officer had heard and seen enough, so he placed his hand over the typebars and said, “Who gave you permission to be in this room using our typewriters?”

“My daddy told the sheriff to let me do my homework in here, and he TOLD the sheriff I was not to be interrupted.”

“Judge So and So. You may have heard of him.”

Well, after checking his story it turned out that Mr. Typewriter was indeed the high-court judge’s son, and the little darlin’ had been convicted of manslaughter in another jurisdiction (driving drunk and crashed into a car, killing the elderly couple inside).

His father, the judge, pulled some strings and arranged it so that his baby boy—a grown man attending college—could serve his sentence in this particular jail. The judge had also worked a deal with the sheriff to allow the kid to remain outside of the cell blocks until lights out. He was also to be allowed to hang out in the employee break room, watch TV, enjoy meals delivered to him from the outside, wear street clothes, and to use the desks and typewriters normally reserved for deputies to complete his papers and other projects for the college he attended (assignments and notes were also delivered to him). Deputies were not to disturb the judge’s son while he was using their typewriters and their desks.

In another instance, a wealthy businessman was arrested for his 4th DUI and was subsequently sentenced to a whopping 30 days in the county jail. This man was one of the county sheriff’s golfing and drinking buddies.

You can imagine how this went.

During his “incarceration,” the man was allowed to wear his street clothes. He was also allowed to wear a gold bracelet, watch, and a gold chain around his neck that was nearly large enough to use as an anchor chain on a battleship.

It didn’t stop there.

Jailers were instructed that this man’s cell door was to remain unlocked and open at all times. Jail cooks were mandated to prepare made-to-order meals for him (he sent his selections to the kitchen via the on-duty jailers). He received a daily newspaper. He used the phone anytime day or night. He received visitors anytime day or night. He was allowed to run his business from the jail. He roamed the halls and corridors normally patrolled by jail staff. And, he was even allowed to use the jail conference room for business meetings! 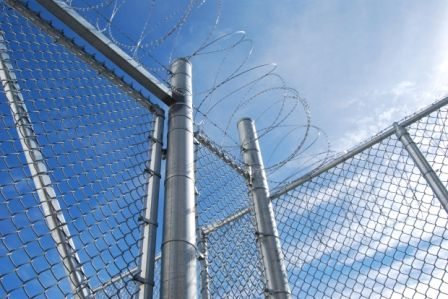 A first time offender was arrested by an FBI agent for possessing less than $100 worth of crack cocaine. Thousands upon thousands upon thousands of dollars were poured into the investigation—search warrants, canines, dozens of officers, agents, state police, prosecution team, etc. All for less than $100 worth of crack cocaine. That’s it. That’s all they found and that was the defendant’s only charge.

The FBI and federal prosecutors threatened to lock up the man’s family (as accomplices: they weren’t). Officials threatened the man with a sentence of 10 years or more. And they threatened to seize his home and all of his possessions, leaving his family with absolutely nothing.

However, the officials offered a five year sentence if the man pleaded guilty.

The defendant hired a very prominent attorney to represent him … for a base fee of $25,000. Shortly after, the attorney came to the man (who was in jail under NO BOND) and said the plea deal he’d negotiated was for just over three years in federal prison. The attorney, by the way, placed a lien on his client’s home for the $25,000, and he’d done so the moment he was retained. The defendant had no access to any funds other than the equity in his home.

The attorney, in the same conversation, said he could probably have the sentence reduced to probation or home confinement if the defendant could somehow find another $25,000. 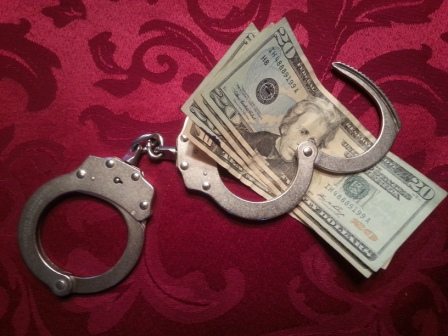 So, what are your thoughts? Is there a special justice system for the wealthy “one-percenters”? Are harsher sentences handed down to the average Joe’s and Jane’s in this country? How about the poor? Do they stand a chance against the courts and powerful prosecutors? Do some prosecutors, such as U.S. Attorneys, routinely step on the “little people,” chalking up big conviction numbers to further their personal career goals—like an appointment as the head of the FBI, etc.?

Sadly, I think I’ve seen enough over the years to say yes, in some cases it can.