Yvonne Mason is the eldest of five children, Yvonne was born May 17, 1951 in Atlanta, Georgia. Raised in East Point, Georgia, she moved to Jackson County, Ga. until 2006 then moved to Port St. Lucie, Florida where she currently makes her home.

Yvonne is a licensed bounty hunter for the state of Georgia.

After a 34 year absence, returned to college in 2004. Graduated with honors in Criminal Justice with an Associate’s degree from Lanier Technical College in 2006.

Nominated for the prestigious GOAL award in 2005 which encompasses all of the technical colleges.

This award is based not only on excellence in academics but also leadership, positive attitude and the willingness to excel in one’s major.

Yvonne is currently the author of several novels, including:

Stan’s Story– the true story of her brother’s accomplishments, it has been compared to the style of Capote, and is currently being rewritten with new information for re-release.

Tangled Minds – a riveting story about a young girl’s bad decision and how it taints everyone’s life around her yet still manages to show that hope is always possible. This novel has been compared to the writing of Steinbeck and is currently being written as a screenplay.

Brilliant Insanity – to be released in July 2008. Since there has been so much interest in the field known as Bounty Hunting, I thought I would take the time to inform and educate those who wish to know.

The art of Bounty Hunting has been around since at least 13th century. It has its origins in England. In the beginning as they say, the bounty was not an amount of money. It was a person.

This practice became such a pain both for the custodian and the courts who were hanging innocents that British Parliament decided it would be in the best interest of the courts to make a slight change in the way the bounty was set. In 1679 the British Parliament in their infinite wisdom passed a law which became known as the Habeas Corpus Act. The words Habeas Corpus comes from the Latin which means “You have the body.” The custodian had the body of the accused or at least was supposed to. Sometimes the body had fled to parts unknown. 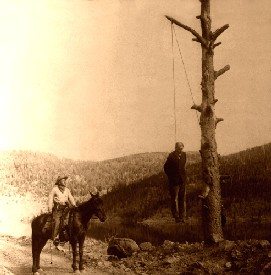 The law read in part “within two days after the party shall be brought before them, the said Lord Chandler or Lord Keeper… shall discharge the said prisoner from his imprisonment, taking his or their recognizance with one or more sureties, in an sum according to their discretions, having regard to the quality of the prisoner and nature of the offense, for his or their appearance in the court of the King’s bench the term following…”

Parliament took the burden off the custodian as physical payment and changed it to a monetary bill. This assured the courts the accused would show up for his hearing and took the physical burden of the custodian losing his life off his shoulders. However, he was still responsible for making sure the accused appeared. Failure to appear cost the custodian the bond. So instead of losing his life the custodian lost his money. It was a nice swap. The custodian kept his life and forfeited his money. Now it was up to him to go out and either make sure his accused was in court on the appointed day or go find him and bring him in so as not to lose his hard earned coins. America as a babe in the woods took her cue from the British Parliament.

“Excessive bail shall not be required, nor excessive fines imposed, nor cruel and unusual punishments inflicted.”

However, there were no terms as to which crimes were allowed bail and which were not. In 1789 the US Judicial Court System was established and they defined the terms of offenses which one could post bail.

The first case which set the precedence for Hunters to go to other states and pick up a jumper and to act as an agent for the bondsman was the case of Taylor v Taintor. The year was 1872.

Taylor left the state after he was released on bail and the hunter went after him. When it was appealed to the Supreme Court the courts agreed that the bondsman or the agent for the bondsman could cross state lines to pick up the jumper.

This case set the yardstick for hunters. That yardstick was no boundaries for hunters. Hunters could pick up jumpers on the Sabbath, break and enter a home, pull the jumper off a job, and any other means to recover the body. Habeas Corpus was abused and used to the advantage of those in politics.

Fast Forward to the wild, wild, west. Wanted posters were placed in every sheriff’s office in every town. They couldn’t go out and bring in all the bad guys. Enter the bounty hunter. The post always said “wanted dead or alive.” And the officers in charge meant every word. They didn’t care if the body was recovered dead or alive. The accused could make it light on himself. 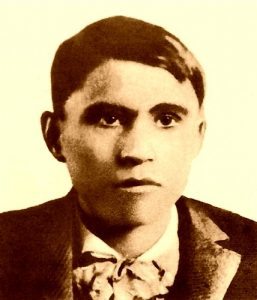 The bounty could be the same either way or it could be more if the jumper was brought in alive. This source of employment became a very lucrative business for those who were cunning enough to hunt down the bad guys. It took time and patience. It also took the ability to stay one or two steps ahead of other hunters looking for the same outlaw.

The mentality of anything goes was the only rule of the day. Hunters killed each other to collect the bounty. Hunters would hurt people they felt knew where the quarry was. Bounty Hunting as it was known was not considered a reputable profession. They were hated with a passion and even considered a necessary evil. Hunters were considered professional gun slingers who would drop a bullet on anyone who got in their way. The bounty was the prize. 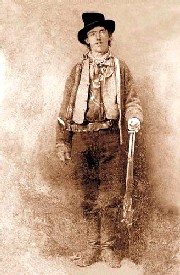 In the early years of the 20th century hunting continued and the reputation always preceded the hunter. It became a job which was hated by those who professed to be in reputable employment. The only rule was there were no rules. The hunters could go anywhere; do anything to bring in their man.

This attitude caused many unnecessary deaths related to the hunt and pick up of the jumper. It also created property damage and extreme ill feelings toward those who were the hunters.

The next blog will talk about the different laws in the different states in regard to hunting. I will be starting with the state of Georgia.

A concerned neighbor called police Sunday about an open front door to a South Walnut Street residence. When police arrived they closed the door.