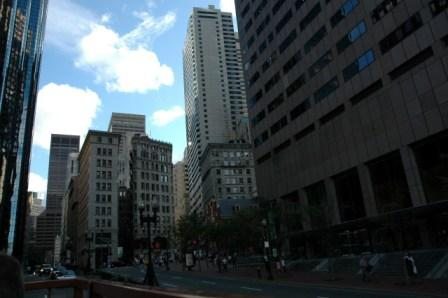 Our Weekend Road Trip this week takes us to one of my former backyards, Boston. One of the best ways to show you this wonderful old city is to pahk our cah and catch a ride on one of the many duck boats. These crafts are able to maneuver on land and sea which makes the tour quite interesting.

The Duck Tour starts at the Science Museum and winds through downtown, passing places such as, Boston Commons, Copley Square and Newbury Street, Boston’s answer to Rodeo Drive.

The ride is a journey through U.S. history. Boston is an old city that’s mixed with plenty of new ideas, such as the Big Dig Project, a massive highway tunnel beneath the entire city.

With a full view of the largest cable suspension bridge directly in front of you, the duck boat driver takes a right turn and drives directly into the Charles River for the last segment of the tour, a thirty minute glimpse of Boston’s waterfront.

So, leave all your troubles and woes in the yahd. In fact, fuhgedaboudit. Have a little fun. See you Monday. 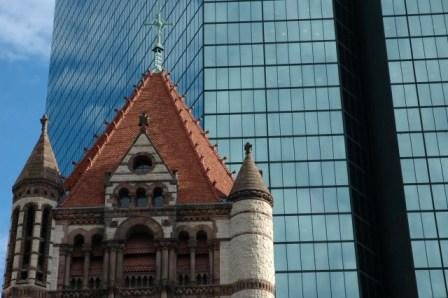 Boston is a mix of old and new 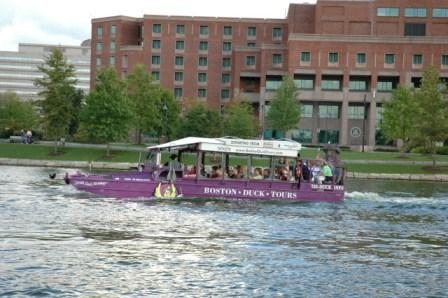 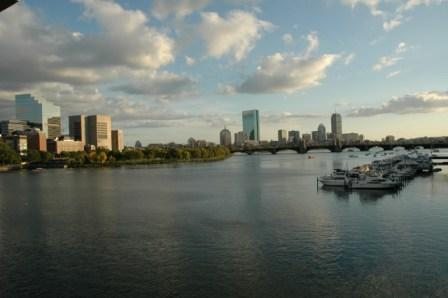 View of Boston and Cambridge skylines from the Duck Boat. The lights from Fenway park were at our back when this shot was taken. This was a time when the Red Sox were midway through the playoffs and you could smell World Series in the air. At least that’s what the natives were saying. What I smelled was that “dirty water” the Standells crooned about in their song about Boston and its once very polluted river. A large clean up effort paid off and the river is fine, now. 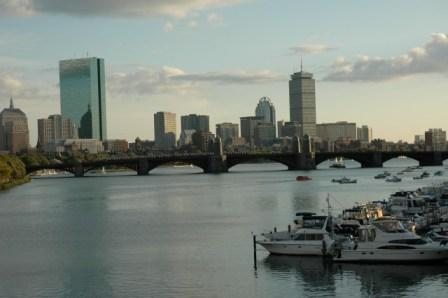 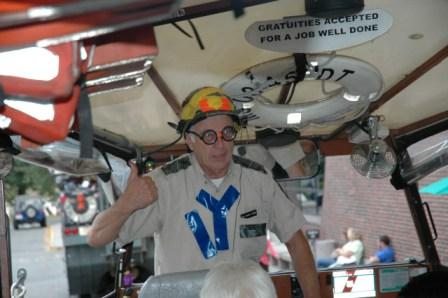