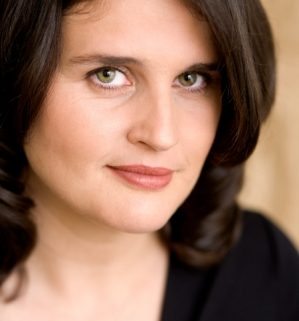 Rebecca Cantrell bought her first typewriter with babysitting money at age thirteen. Since then, she has written novels, screenplays, and short stories about the Alaskan wilderness, Berlin before and after the wall, and dot com Silicon Valley. She has also written many technical manuals. “A Trace of Smoke” is her first published novel. As of this writing, she lives in Hawaii with her husband and son.

Like most parents, losing a child is the scariest thing I can imagine so when Echelon Press asked me to donate to a collection of short stories about missing people, aptly titled MISSING, I jumped at the chance. 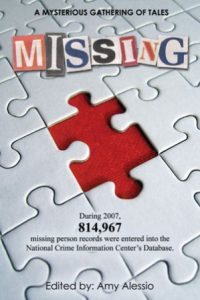 Echelon isn’t just talking about missing people, they’re doing something to help. All of the proceeds from the book are donated to the National Center for Missing & Exploited Children (NCMEC), an organization founded by John Walsh from America’s Most Wanted. Their mission is:

In addition to helping lost children, they have information on ways to keep children safe, including how to teach your children safety skills and how to check up on child care providers. You can find out more at “What to do if Your Child Goes Missing.”

There is a lot of valuable information there. I am proud to be one of the authors who donated my story to help support them.

Missing persons is a hard topic to think about, and I admit it was difficult for me to research it. Did you know that on any given month there are about 100,000 active missing persons cases in the United States? In less than two months that’s the entire population of the Big Island of Hawaii.

To find out what was going on closer to home, I searched for missing children listed at missingkids.com. I found 12 children missing in Hawaii, some of them since 1977. One child is even missing from my little town of Kailua Kona. Luna Marie Fox, missing since July 5, 2005.

In a stable society, like the United States today, the typical victim of abduction and murder is the little girl next door. Statistically, she’s approximately 11 years old and is described as a “low risk” and “normal.” She lives in a middle-class neighborhood, has good relationships with her family and initially met her abductor within a quarter mile of her house.

The site details what happens after a child goes missing, which boils down to: look everywhere (don’t forget the trunk of the car and large appliances) and contact law enforcement. If you’re in a store, many stores have a protocol called Code Adam where employees mobilize and start looking for the child immediately. New laws allow police to list children under 14 as missing within two hours, so be sure to contact law enforcement immediately with detailed information about the missing child (age; height; weight; distinguishing characteristics such as glasses, braces, birthmarks, scars, piercings; clothing last worn; and a recent picture).

In addition to rules to guide kids to help prevent abductions (http://www.missingkids.com/missingkids/servlet/PageServlet?LanguageCountry=en_US&PageId=3597), the site also lists success stories. For example, 443 children have been recovered through AMBER alerts, the NCMEC reunited several children separated from their parents after Hurricane Katrina, and their CYBERTIP line has led to the arrest of child predators traveling overseas to have sex with minors.

My story, Coffee (http://rebeccacantrell.com/2008/08/25/coffee-short-story-excerpt/), is set just after World War II and deals with one man, an American bomber pilot, who returns to the city that he bombed, this time on the ground. He was born in Berlin, but moved to the United States when he was quite young. He searches for his mother, his aunt, and redemption for his actions. He might not like what he finds, but at least he will find something.

All the stories in the anthology deal with missing persons, but as writers, we resolved each person’s status by the end of the story. Sadly, that’s not so easy to do in real life.

Let’s hope that all of those missing find a way home. 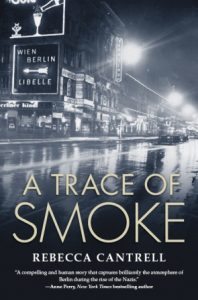 * I’m on my way to the Writers Police Academy, so Becky’s going to hold the reins to The Graveyard Shift until I arrive at my hotel later tonight. You’re in good hands!