Annie Oakley once lived near my great-grandparents. Annie was 53 when she built her home near my relatives’ farm. At the time—1913—my great grandfather was 24, so it’s likely the two never socialized. However, the stories of their famous neighbor have made their way into many family conversations over the years. As a result, I’ve often heard tales of Annie, including those of she and her dog, Dave, and how Annie used to shoot apples from the head of her beloved pet.

Hunting and fishing in the area adjacent to Annie’s home was spectacular, and she and her husband, Frank, often invited friends to join them at their “sportsman’s paradise.”

Annie encouraged all women to take up the shooting as a sport and as a means of self-defense. 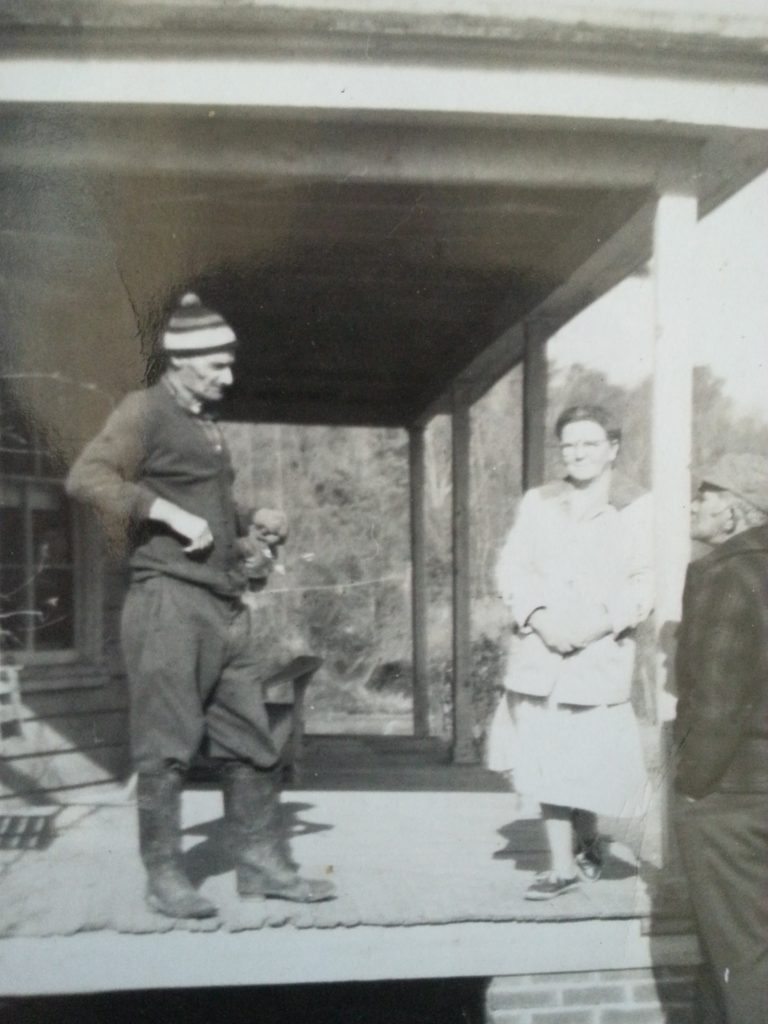 My great-grandparents on the porch of their modest Maryland farm.

Around the same time when Annie was busy shooting and riding and my great-grandparents were busy with their own affairs, their other neighbors conducted business as usual. 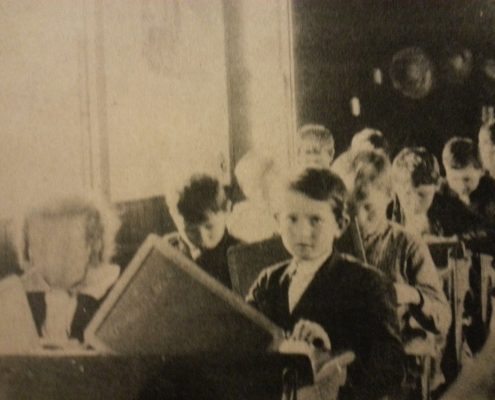 Boys on the left of the classroom, writing their assignments on large slates. The boy’s face in the lower left is blurry because he moved at the time the shot was taken. Boys were required to hang their hats on the wall in the rear of the classroom. 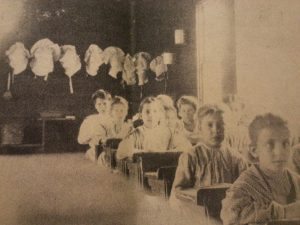 Girls were seated on the right side of this classroom. Notice their bonnets hanging on the wall at the rear of the room.

Common Core had not yet arrived. 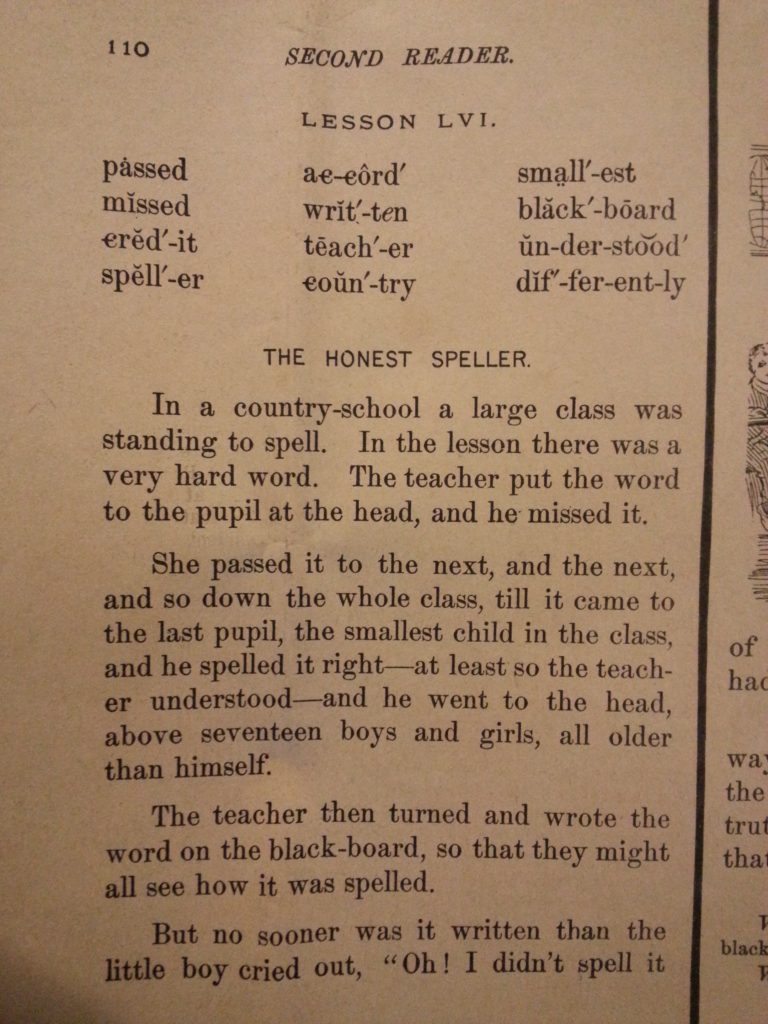 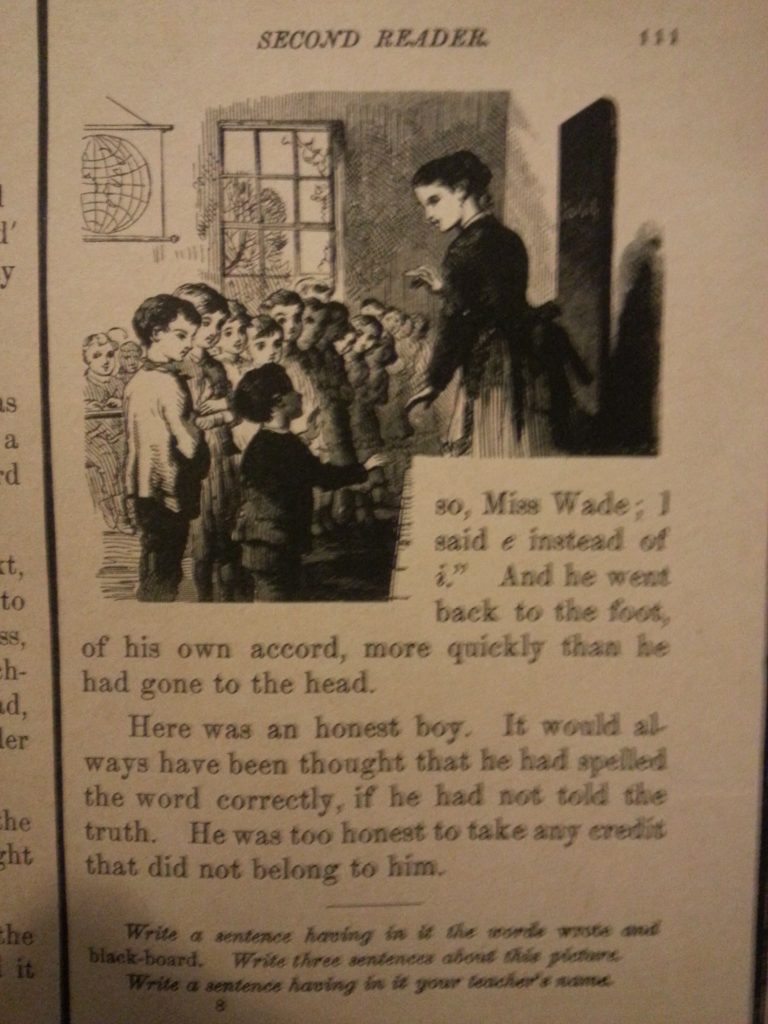 Of course, school buses were not exactly “the thing” back in Annie’s and my great-grandparent’s time, but they made do with what they had. Either horse and buggy… 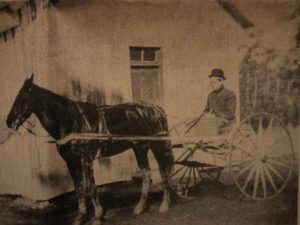 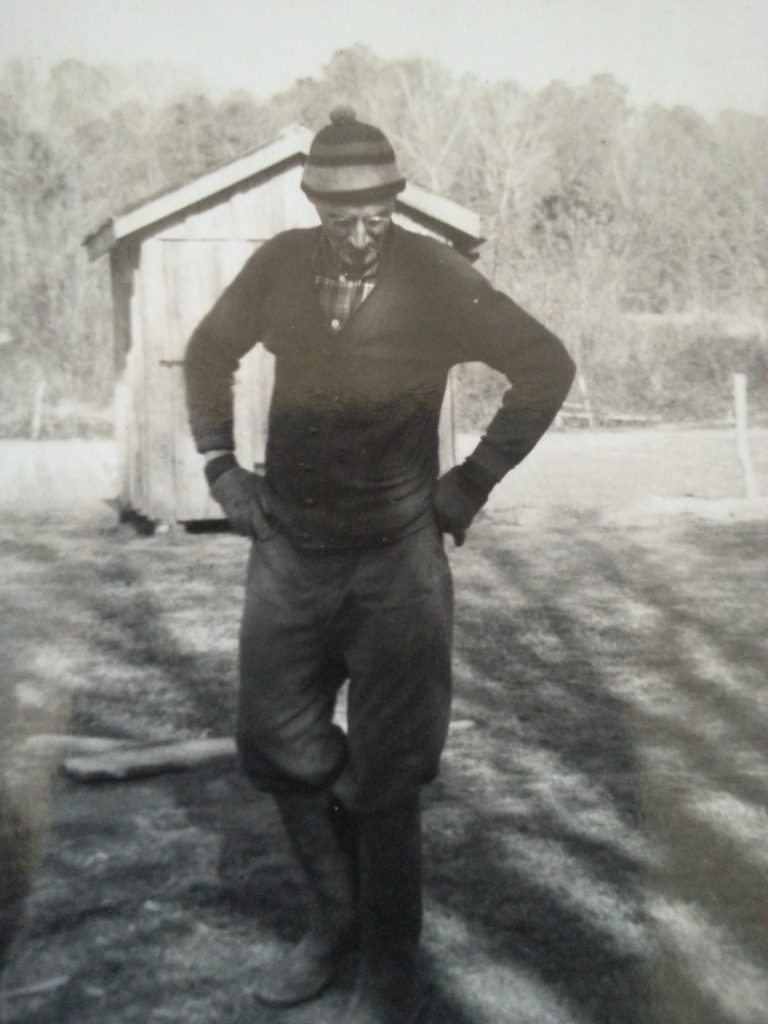 Annie grew weary of her retirement and of the home where she and Frank had chosen to settle, so the couple headed south where they met up with Buffalo Bill Cody. Cody died later that same year. 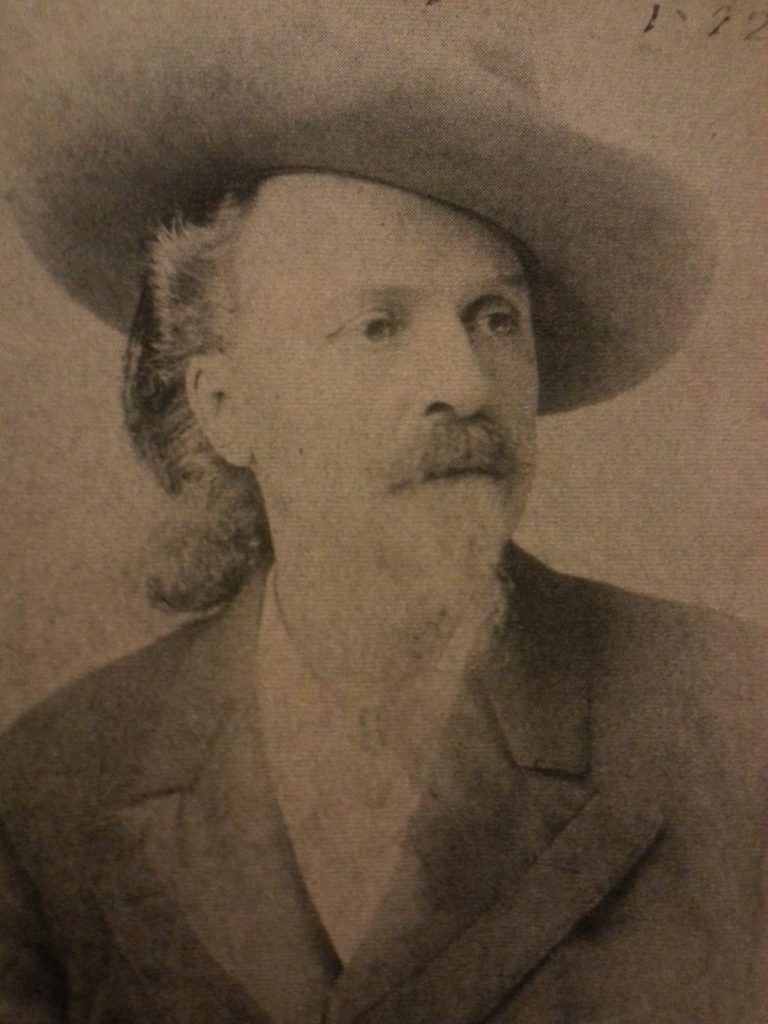 Annie pressed on with her career, and at the onset of WWI offered to establish and train a group of women volunteers to fight in the world, but her offer was rejected.

Both he and Annie Oakley live on in a scrapbook in my closet. Their neighbors there include Edgar A. Poe, Harriet Tubman, and John Wilkes Booth, but those are stories for another day. Until then, Happy Halloween. Boo!

Cops Can See Through Your Walls…sort of
Scroll to top