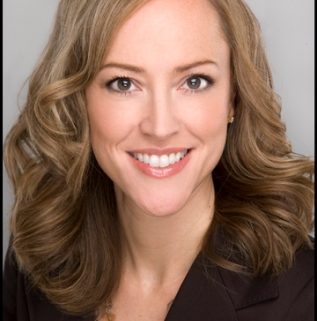 Laura Fleury is Vice President of Non-Fiction and Alternative Programming at A&E Network. In this position, she plays a senior role in the development and production of nonfiction series and specials for A&E, Bio Channel and The Crime & Investigation Network. She has developed, launched and currently serves as Executive Producer for many of A&E’s most critically-acclaimed and top-rated series including MANHUNTERS: FUGITIVE TASK FORCETM and CRIME 360TM (both tied as the #1 justice series launches in network history) and PARKING WARSTM, all of which launched in 2008, the SWAT franchise launched in 2006, and THE FIRST 48TM, which launched in 2004 and is the top-rated nonfiction crime series in cable. She is currently developing a number of pilots for 2009. She also has developed and executive-produced new series for The BIO Channel, including the top-rated series in the history of the BIO Channel, I SURVIVED…TM, and THE INTERROGATORSTM which will launch in 2009. She has developed and produced numerous specials for AETN including First Person Killers, Miami City Vice, Bill Kurtis Special Reports, the A&E IndieFilms project Abused (short-listed for the Academy Awards), and Miami Manhunt.

In her previous roles as Senior Director, and prior to that, Director, Documentary Programming at A&E Network, she developed, launched and executive-produced several documentary series and specials to ratings and critical acclaim including 2-time Emmy-nominated Cold Case FilesTM, Minute-by-Minute, American Justice, Parole Board, Investigative Reports, Makeover Mamas, The Real Story, The Point and The Hunt. Awards include the Thurgood Marshall Journalism Award in 2002, and numerous Emmy nominations. Prior to that, Ms. Fleury served as a Supervising Producer for a number of A&E’s documentary specials and series, including A&E’s very first ‘real-life series’, LA Detectives, as well as Biography®, The New Explorers, Sea Tales, Treasure!, The Unexplained, Inside Story, The Planets and One-on-One with David Frost among others. Prior to joining A&E, Ms. Fleury worked in independent film production on scripted and unscripted films, including the award-winning documentaries BROTHER’S KEEPER and PARADISE LOST.

CRIME 360 premiered on A&E in March of this year. We specifically developed this show to build on the success of our ground-breaking hit series, THE FIRST 48, by evolving the genre again with CRIME 360 which brings real present-tense criminal investigations and cutting edge-forensic technology and high-end computer graphics together for the first time on television.

In each episode viewers experience the investigations first-hand with detectives and forensic specialists from around the country as they work to solve their cases with the added tool of state-of-the-art 3D laser scanners in their arsenal. These scanners allow investigators to measure, model and diagram crime scenes with great detail, precisely preserving the original scene so they can revisit it as they test out various theories and test evidence against it. We follow each investigation from beginning to end, unlike any other present tense show, so from the moment detectives are called to the scene, viewers are part of the investigation through until the end.

CRIME 360 is also revolutionary in the way it uses 360-degree digital photography and computer-generated imagery (CGI) visualizations to allow the viewer to experience these unfolding investigations, the evidence, and the detectives’ evolving theories in ways never seen before on television.

We were thrilled with the reception of the show’s inaugural season — it was the #1 justice series launch in the history of the network. Fans seemed to really appreciate how CRIME 360 takes real-life law enforcement programming to the next level-combining real investigations with real cutting-edge technology. Today, we’re releasing the first season on DVD. 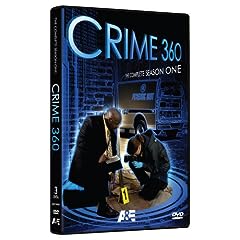 Whether or not you saw the episodes when they were first aired the DVD set will get you ready for the premiere of season two.

By the way, episodes are also available for download on iTunes.

Be sure to visit The Graveyard Shift on Saturday December 20 and Sunday December 21 to see how you can win a DVD of Crime 360’s entire first season! This is so important I’m skipping Weekend Road Trip this week.

Followon TwitterSubscribeto RSS Feed
What Does A Sheriff Do?