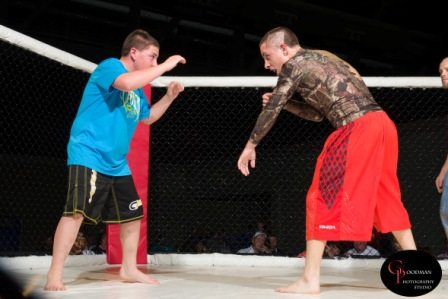 In a sport where the ultimate goal is a knockout, mixed martial arts offers an alternative option to bring home the gold, a tap out.

The idea behind the tap out is to subject your opponent to so much doggone pain he’s forced to give up. To indicate to the referee that a fighter has found himself in a lock he cannot escape, coupled with the fact that it feels like his arms, hands, feet, wrists, shoulder and/or head, is near the point of being ripped from his body, the fighter indicates surrender by “tapping out.”

A tap out occurs when:

a) As previously mentioned, a fighter feels so much intense pain that he/she uses a hand to tap somewhere on their body, or the mat, whichever is most convenient during the worst hurt they’ve ever felt in their entire life.

b) The fighter taps just prior to being choked into a LaLa Land state of unconsciousness.

Now that you have the basics, let’s go cage-side to our grandson Tyler’s first cage match in his relatively brief career as n MMA fighter.

The Bluegrass Brawl, a renowned mixed martial arts competition, took place in Lexington, Ky., and Tyler was invited to participate in one of the matches on the fight card. Normally, young people fight kids in their own age group, and those of similar height and weight. Not this time, though. Tyler’s opponent was a larger, stronger 14-year-old kid who, by the way, will turn fifteen in a few weeks. Of course, Tyler, who recently turned 12, said he was up to the challenge.

Tyler has competed in many fights, and has probably won nearly 95% of them. This one, though, was the real deal. An honest to goodness fight inside “the cage.” It was his first time hearing his name announced over the PA system. It was his first walk to the cage with the crowd cheering for him and his opponent.

Yes, it was definitely the real deal, with a lot on the line. Tyler’s opponent had taunted and flexed, and strutted around the place like his ready to float like a butterfly and sting like a bee. He looked tough. Acted tough. And WAS tough. But Tyler was Tyler. I don’t think anything could intimate him. He’s like a little tank.

When the referee signaled for the fight to begin, Tyler quickly found himself nearly airborne followed by a quick, hard slam to the mat. 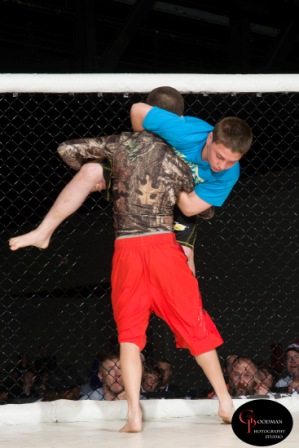 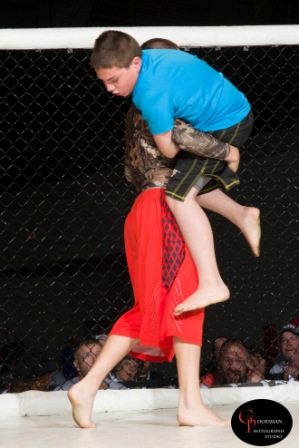 Next was an attempt to place Tyler in a choke hold. 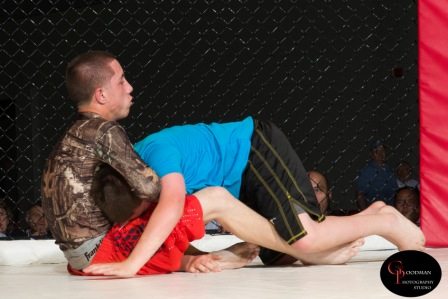 But Tyler wasn’t having that and quickly reversed the technique. And, eight long minutes into the round, Tyler applied a choke that caused his opponent to tap out (not the actual tap out photo). 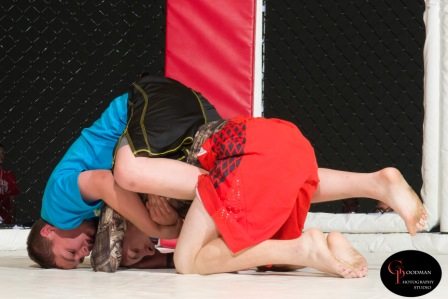 The ref brought them to their feet to start once again (to win the bout a fighter must cause his opponent to tap out twice, or throw in the towel). 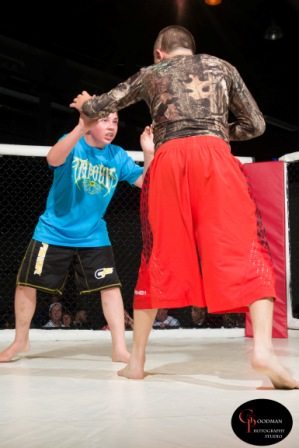 This time Tyler wasted no time in gaining the advantage. He knew he had only two minutes to get the job done. 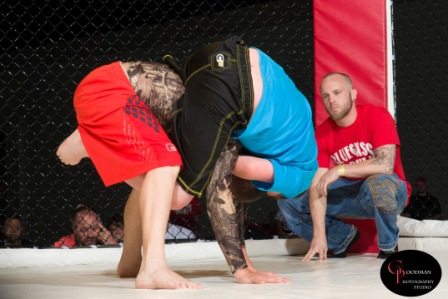 And then came the devastating rear naked choke. Tyler’s opponent did his best to free himself, but the technique was tightly locked in. The referee called the fight. 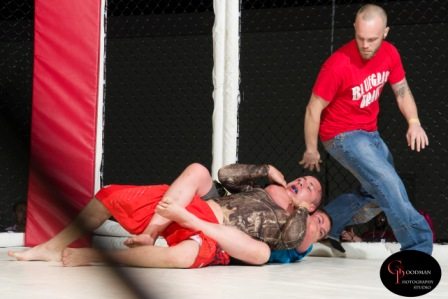 And announced Tyler as the clear winner. 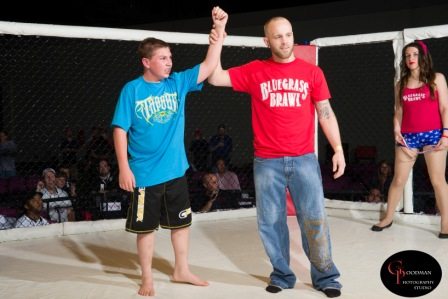 The championship medal was presented to Tyler by one of the Ring Girls. 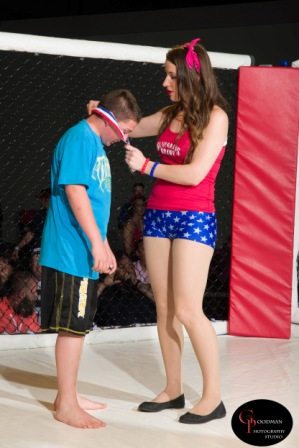 Later Tyler said the fight was fun, but the best part was what followed. I believe you’ll know what he meant by the telltale grin on his face in the photo below. Yes, he’s a super-tough champion MMA fighter, but he’s also a typical 12-year-old boy. 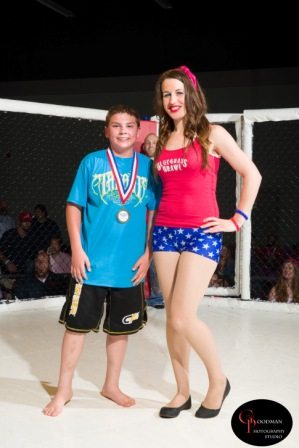 How Big Is the Drug Trade?
Scroll to top