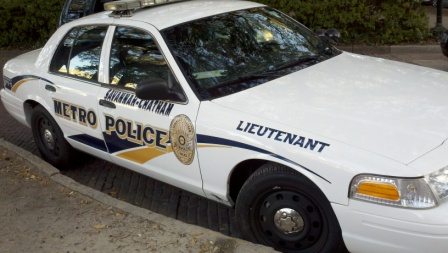 Officers C.M. Steel and I.C. Crooks parked their patrol cars in their side-by-side driveways. Both got out and stretched, obviously exhausted after working the graveyard shift. They’d been friends, co-workers, and neighbors for years. The rest of the community had been pleased to learn that the two officers bought homes in their subdivision, and as a bonus for the residents of Pelican Cove, the cops each had take home cars that would serve nicely as deterrents to potential burglars.

Crooks was busy unloading his gear bag and jacket from the passenger seat. “One of the craziest I’ve seen in a while,” he said.

“The shirtless guy on the riverboat topped it all off,” said Steel. “My money’s on Bath Salts. What do you think?”

“Only thing I can think of that’d make a grown man shed his clothes, climb to the top of a boat, and then break off twenty-thousand-dollars worth of antenna’s, fancy woodwork, trim, and glass and stuff,” said Crooks. “Well, that and maybe PCP.”

“His reason for doing it was what really got me,” Steel said.

“I know. Just when you think you’ve heard it all, then this Bozo said he did all that damage to the boat because of the way it was looking at him. Imagine that. I can’t wait to see the judge’s face when the clown spouts off that as an excuse.”

The two men started walking toward their respective homes. Steel stopped. “Wonder who broke into the cemetery and stole the body?”

“Got to be one of those voodoo freaks, don’t you think?” Crooks said.

“Yeah, probably,” Steel said. “Or someone planning to sell the remains to one of those Satanic cults, or something like that.”

“Gives me the creeps just thinking about reaching into that mausoleum,” Crooks said while simulating a shiver by shaking his head and shoulders. “Let alone pulling out a decomposing dead body and taking it home with you.”

“Well, it takes all kinds to make this world go ’round. Without these freaks, you know, we’d be out of job.”

“I suppose you’re right,” Crooks said. He stopped walking and set his bag down on the concrete. “Let me ask you something. Has your wife been getting a little squirrely lately?”

“You know, hinting around that maybe you ought to consider finding another job. One that’s not so…you know…”

“Yeah, dangerous. Linda Mae got pretty upset when she heard about the shootout the other night, when the female officer was shot by that prick who stole the police car and led us all on that pursuit. She lit into me with both barrels when I got home. Yammerin’ on about me going to work for her father on his shrimp boat, ’cause it’s safer out there than it is running around the city chasing after gangbangers and crackheads.”

“Yeah, I hear it from Wanda Sue about once every six months or so, but she knows police work is in my blood. Hell, I get a cut and I ooze blue.” Steel patted his friend on the shoulder. “She’ll simmer down. Just give her time.”

“She reads too many news stories, Linda Mae, does. Every night it’s, home invasions out the ying yang, armed robberies, kids shooting kids, hostages, drive-by shootings, officers getting hurt, bank robberies, armored car robberies, stabbings, and that young firefighter—a kid—that got shot and killed. The shooting on River Street last night. Oh, and that girl at the apartments…shot in the back, murdered in her own driveway, a college girl. And we still don’t have any clues about that one…”

“Hey, no one said this was an easy job,” Steel said to his shift partner. “We just do the best we can with what we’ve got. We try to stay safe, dodge a few bullets, shake off a knife wound or two, and go home acting like it was just another day at the office. The least they know the better off they are.”

“I suppose you’re right, C.M. Well, I’m gonna grab a short nap before court. I got that case where the guy was kidnapped and taken to the bank to draw out money while the suspect’s partner held the victim’s kid hostage.”

A beat passed and Crooks said, “You know, I wonder if the tourists would still come if they knew all this crap went on in Savannah?”

Steel chuckled, then said, “That’s why they don’t mention the bad stuff in the brochures, my friend. As far as outsiders know, we’re all about ghost stories, the Civil War, Spanish Moss, and a bucket load of ‘y’alls, I reckon’s, alligators, and southern belles.”

“Oh, and Paula Deen. We can’t forget about our very own Paula Deen the butter queen.”

*Of course, Officer Steel and Crooks are fictional. Unfortunately, the crimes they worked—the murders, hostage situations, etc., are all very real and occurred recently, some as recently as this week. And, of course, Paula Deen is also a very real part of Savannah.

Southland: Off Duty – A Review
Scroll to top