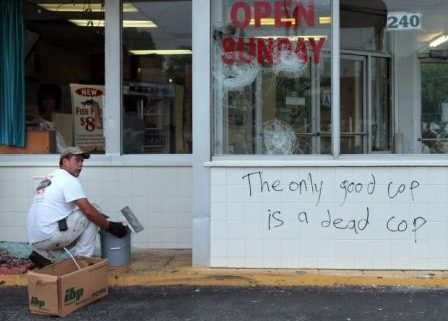 I have a real problem understanding how rioting, burning, looting, assaults, threats, beatings, vandalism, destruction of property, etc., are considered means of peaceful protests. They’re not. Far from it, actually.

But I do, even though I’m mostly white, understand racism. No, not because my mother’s side of the family has deep Native American roots. Nor is my understanding because other family members owned a house that Harriott Tubman used as part of the Underground Railroad, helping people escape slavery (something, by the way, I had absolutely nothing to do with, ever).

Yes, I remember the signs above business doors—“White Only” at the front entrances, and “Coloreds Only” above side or rear entrances. The same was so at a local movie theater. Main Floor – Whites Only 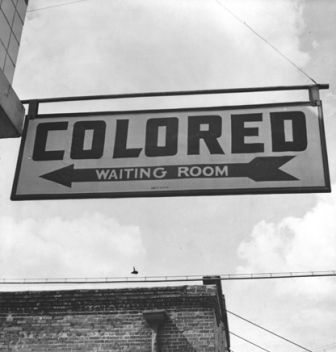 And let’s not forget the segregated drinking fountains with signs above to direct “Coloreds” to the typical not-so-clean fountain that was often in disrepair. The doctors’ offices with separate waiting rooms. Restaurants that wouldn’t serve “the darkies.”

And then came the integration of schools. The South went nuts, with many white parents sending their kids to private schools to avoid having their children associating with black children. Yet, many of those parents employed black maids who cooked, cleaned, ironed, and raised the white children until they went to school. Now that’s a head-scratcher if ever there was one.

I was born in the North, having moved to the South with my parents (job transfer) when I was young. What a culture shock that was, especially seeing the rising flames and smoke in the distance from the Friday night cross-burnings in the field behind the old drive-in movie theater. I had no idea what that was all about at the time because way up north that just didn’t happen. At least not that I’d seen.

I sometimes caught glimpses of those white sheets and hoods. In fact, I once saw a man remove his hood to speak with a friend…in public, smack dab on the sidewalk in the city. I would see him again many years later, and I was shocked to learn that he held a job of great importance.

I get it. This was horrible. I despised it as a child and I despise it now.

But back to my understanding of racism. You see, it’s a two-way street. I’m hated, yes hated, merely because of the color of my skin, and because of the uniform I once wore.

So these next words are to those people who hate me for what I am.

You may not know me, but I’ve been to your house to stop your nephews, nieces, husbands, wives, friends, lovers, neighbors, and children from killing you and your family.

I pulled you from a burning house while you were too high to get out on your own.

When you overdosed on cocaine and alcohol, I placed my lips on yours to give you the breath that allowed you to live another day.

I bought Christmas presents for your kids because you didn’t have a dime to your name, even though I was struggling financially as a single parent.

I helped you find a job so you could stop selling crack cocaine as a means to feed your kids.

I brought groceries for you when your cabinets were bare.

I bought kerosene for your heaters when you were cold.

I stopped gang members from abusing the elderly on your street.

When it was raining, I gave you a ride to the store, or to work.

I got your kid into rehab when you did nothing to help.

When the school year rolled around I bought your kids pencils, paper, books, lunch boxes, and even clothing and shoes, because you spent your money on drugs, alcohol, and prostitutes.

I gave up my hard-earned money (I worked three jobs at once) so your kid could go on a school trip with her friends, a group that included my daughter.

You and your kids have been welcome in my home.

I stepped between you and a knife-wielding attacker. I bled. You did not.

Still, I’ve been stabbed, by you, while you spit at me and called me a “white mother f****r. Your wives, mothers, and girlfriends have spit on me. You’ve punched me, kicked me, slapped me, and bit me. You and your kids have shot at me. You even shot through a window in my home, endangering my family.

I tracked down the men and women (of all races) who killed your children (of all races), and I sometimes took a beating while arresting them. Yet, you call me a racist? Me, the officer who’s been stabbed, beaten, cut, punched, slapped, kicked, spit on, and shot at…by people of all races?

But I was still there, wasn’t I? Day in and day out, working through it all to protect you and your property. And you’re angry at me? Me?

But you were my friend when your friends weren’t around. And you never hesitated to call on me when you needed me or something I had. You knew that if you were hungry you could show up at my doorstep, or stop me when I passed through your neighborhood, and I would feed you, or slip you a few dollars so you could feed your hungry kids.

Again, I get it. You’re still being treated unfairly in too many instances. And that needs to change. It really does.

And to see hundreds of people marching while chanting, “What do we want? Dead Cops.” Followed by, “When do we want it? Now?

Well, that’s no different than burning cross in someone’s front yard, or draping a rope across a big, fat tree limb. No different at all. Don’t you see that?

By the way, this chanting about wanting dead cops took place during Sharpton’s organized, “peaceful” march where police officers were attacked and beaten. Remember, Sharpton is an adviser on race relations to the president of the United States.

This post is solely an opinion based on my own experiences, and it does not reflect the views of anyone other than me. So NO cop-bashing, kill whitey, etc. I will delete those comments. However, an honest, thoughtful DISCUSSION is welcome.

*One final thought, and this is in case some are not aware that police officers have absolutely nothing to do with a Grand Jury decision.

Law enforcement officers do not have even a tiny speck of control over what the Grand Jury does or how they reach their conclusion(s), which, by the way, is based on FACT, not emotion. So to fault every cop in the country for a decision reached by your very own friends, family, and/or neighbors is blame misplaced. After all, it is they, the Grand Jury, who choose to indict, or not. Not the police.

But, But… He Was "Unarmed"
Scroll to top