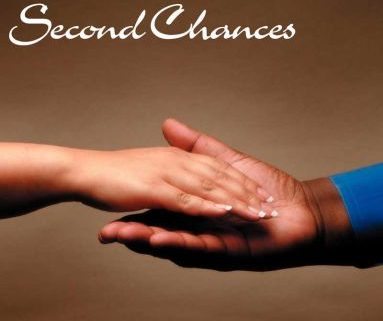 Applying for work after having served time in prison can be incredibly discouraging. Business owners can be quick to judge ex-convicts, and worry that they can’t be trusted. The irony is that this lack of faith on the part of the business community contributes to criminal recidivism. Without gainful employment, ex-convicts are likely to end up committing a crime that will send them back to prison. But there are many examples of businesses who proudly employ ex-convicts. These businesses have developed a loyal customer base, managed to prosper in an uncertain economy, and changed the lives of the men and women hired. The federal government offers a substantial credit on income tax on wages paid to each former inmate a business hires, which certainly helps with their bottom line. Here are eight businesses staffed by ex-cons:

I Have a Bean Coffee Store: Located in Wheaton, Ill., where 20,000 prisoners are released every year, I Have a Bean Coffee Store, formerly Second Chance Coffee Company, was created to “positively impact the lives of post-prison men and women” and the communities in which they live. The company roasts, sells, and ships their brand of premium coffee. In addition to hiring ex-offenders, I Have a Been works closely with post-prison support organizations to provide additional counseling and other support for their employees.

Moovers, Inc.: Moovers, Inc. was founded in the Bay Area of California by former residents of Delancey Street, a nationally acclaimed residential facility that helps former ex-convicts as well as substance abusers and homeless men and women turn their lives around. Moovers, Inc. has since grown into a cross-country moving company, offering services on both the east and west coast. In addition to offering very competitive moving rates, their staff has a straightforward, no-nonsense approach to customer service.

Felony Franks: Chicago-based businessman Jim Andrews started the Felony Franks hot dog stand after a positive experience with hiring ex-convicts to work at his paper company. The hot dog stand opened in 2009, and features menu items like the “Misdemeanor Weiner” and “Pardon Polish” (as in Polish sausage). Andrews encourages business owners not to unfairly judge ex-convicts. “The ones that want to stay out of jail and make a better life for themselves just work harder,” says Andrews. “They don’t want to go back and sit in prison.”

Belay Enterprises: Belay Enterprises, a faith-based nonprofit located in Denver, Colo., has created businesses to employ ex-convicts, including Bud’s Warehouse, which supplies building materials, and Baby Bud’s, a secondhand children’s clothing store. Executive director James Reiner states on his blog, “Our positions are reserved for people who are shut out of the job market because of significant barriers to (being employable), including addiction, homelessness, and prison.”

Virgin Group: Über-businessman and wanna-be spaceman Sir Richard Branson has publicly encouraged the managing directors of his Virgin Companies to hire ex-convicts. The United Kingdom organization Working Chance has worked with Branson to place ex-convicts in positions at Virgin. “I’ve had people at Virgin who have been caught stealing, and I’ve given them a second chance,” says Branson. “One kid was taking albums sent to us by record companies. … [By] giving him a second chance, he became one of the best employees we ever had.”

Triple Thread Apparel: Located in Nashville, Tenn., Triple Thread Apparel was started in 2010 by Vanderbilt University senior Kyle McCollom, who was volunteering at Dismas House, a residential facility housing both college students and former prisoners. McCollom understood there will always be a demand from college campuses for custom T-shirts. That demand helps him to achieve his overriding goal of helping ex-convicts turn around their lives. Triple Thread Apparel’s net profits are invested back into Dismas House.

Dave’s Killer Bread: Baker Dave Dahl has spent 15 years of his life in at least 10 different prisons for various drug-related offenses. His brother Glenn was hopeful when Dave began to turn around his life, taking medication for depression and enrolling in vocational classes while finishing his time in prison. After Dave’s release, he, Glenn, and Glenn’s son Shobi became partners in the family baking business. Dave surprised everyone with an original recipe for what Glenn immediately called “killer” bread. The name stuck. Dave’s Killer Bread, packaged in a bag with Dave’s story printed on its label, is sold through the brothers’ Healthy Bread Store at Killer Breadquarters in Milwaukie, Ore.

Southland: God’s Work – A Review And Recap
Scroll to top