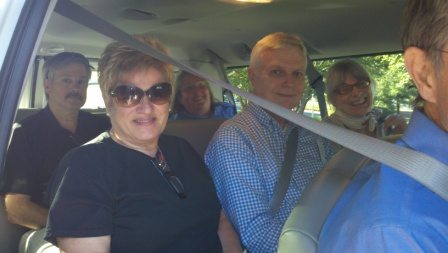 Have you ever seen a happier group of people, knowing they’re on their way to jail? Well, yesterday at 6:00pm, Guilford County North Carolina Sheriff’s Deputies loaded over two dozen smiling WPA recruits into two sheriff’s office vans and whisked them away for a tour of one of the local county jails.

Then, with the jail tour group heading over to “the rock,” a parade of police cars from various departments began arriving at the WPA hotel. Their mission—to pick up a second wave of recruits for the start of four-hour ride-alongs. 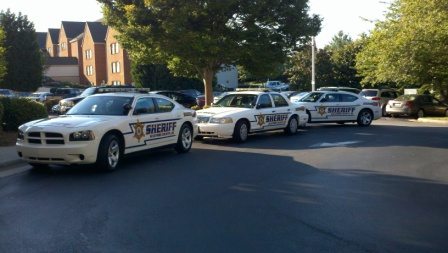 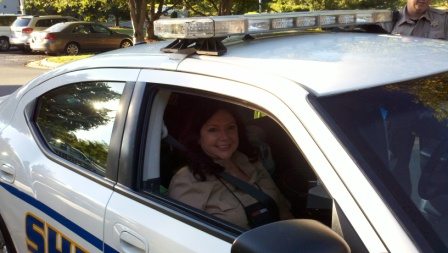 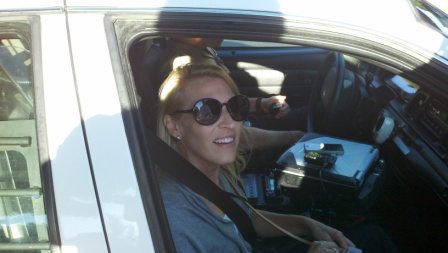 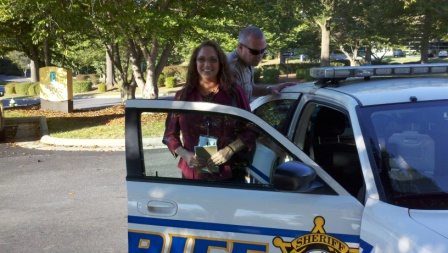 When the final patrol car left the parking lot, keynote speaker Lisa Gardner took a seat behind the wheel of an unmarked Dodge Charger, a fancy police car specially designed and equipped for covert assignments. 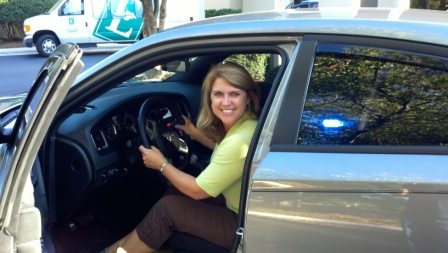 Yes, I’d handed Lisa over to a multi-jurisdictional task force where she was to spend the next four hours with the “the boys in black.” Their mission was, of course, secret. 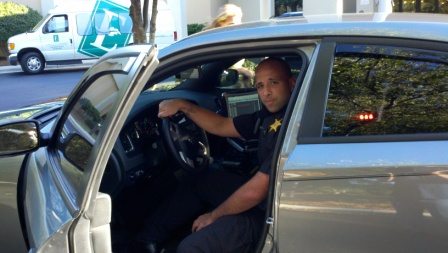 So, with the jail tour and ride-along participants off and away, it was time for my annual stress session to begin. I always know our WPA recruits are in good hands, but I still worry like a parent worries about their kids. Did they take a jacket in case it gets chilly? Did they take enough money in case the officers stop for refreshments, or a meal. Did they each wear their best underwear in case they’re in an accident. You parents all know the drill, right? It’s what we do.

But the worry would have to wait. We had other fish to fry. It was time to give the remaining recruits a taste of high-risk nighttime traffic stops. You know, where the suspects in the target vehicle are more than likely armed and you’ve stopped them someplace where backup is scarce and there’s nothing between you and the bad guys but space, blue lights, and a whole lot of hoping all goes well.

How the heck do cops handle those dangerous and scary situations? Well, WPA recruits were definitely in and up front on the action last night. 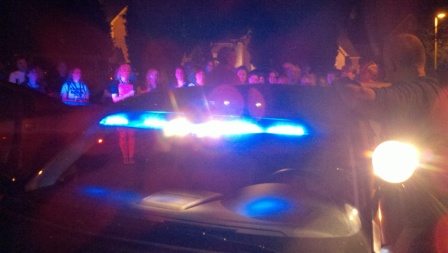 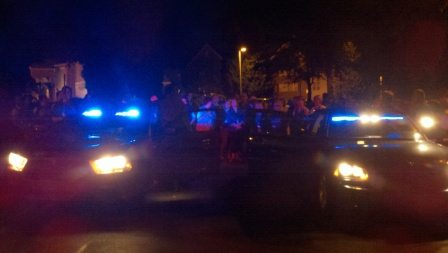 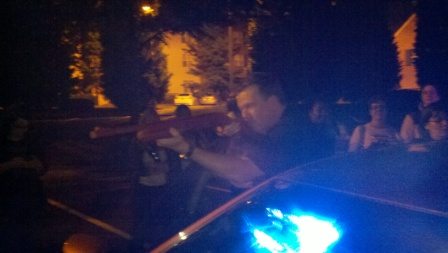 When the session was over there were many  shocked and amazed people, and their comments reflected their sudden “enlightenment.” Comments such as, “I had no idea what police officers go through out there. What a dangerous job. Holy cow! I have a new-found respect for police officers. Now I understand why it sometimes takes five or six police officers to arrest one guy. All those police cars for one small SUV? Now I know why. Heck, after seeing this tonight, I’d think it would be safer to bring in more officers and patrol cars.” 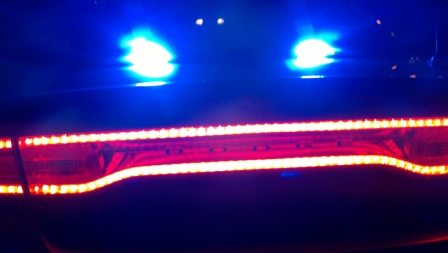 I was on my way back inside the hotel when I took a glance at the time. Not good. Lisa Gardner was missing-in-action—MIA.

Our star speaker’s ride-along was scheduled to end at 10pm. At 10:00, though, Lisa Gardner was nowhere to be seen. Then came 10:15. Still no Lisa. That’s when the knot of worms in my gut woke up and began to squiggle and wiggle. Images passed through my mind of Lisa caught in a crossfire with dangerous gang members. What would I tell her husband and other family members? Suppose she’d injured her best and favorite typing fingers? How would I face her fans, knowing that it was I alone who’d placed their favorite author in harm’s way?

Then the worst thought of all struck. How in the world would I fill her empty slot at the Saturday night banquet? It was certainly too late to find another keynote speaker. I began to pace the hotel lobby, first to the bar, then to the front desk. Back to the bar and back to the front desk. Okay, so I worry about everyone. I admit it.

Suddenly my phone alerted me to an incoming text message. It was 10:30. Please let it be Lisa, and please let her be okay.

I opened the message….

“Lee, it’s Lisa. Making an arrest. Be back later. Best ride-along ever!”

*Thursday evening and night was exciting and a lot of fun for everyone. What the WPA recruits don’t know is that the real action and excitement starts tomorrow. Last night was a mere sip from an ocean. As the songs says…”You Ain’t Seen Nothing Yet!”