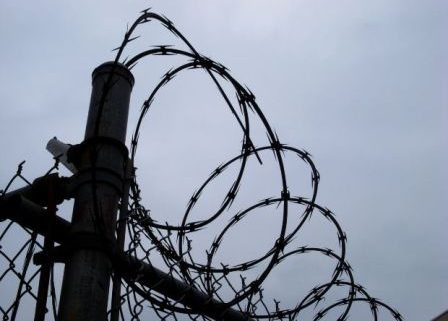 I got my start in law enforcement as a corrections officer working in a prison designed to house the inmates that had been deemed as “the worst of the worst.” Other institutions couldn’t or didn’t want to deal them, so they sent those little darlings to us. In other words, they were the system’s problem children. Fortunately for the citizens who lived nearby, our place was like Colonel Klink’s Stalag 13 … we’d never had a successful escape. Some had tried, but never succeeded.

Not far away, within sight, actually, was another prison. It, too, housed some pretty tough customers, but it also had a substantial population of medium to lower custody inmates. Unfortunately, their escape record was marred by a few blemishes and this was a concern to the locals. After all, a couple of the prisoners there had once beaten a corrections officer to death. Another had violently raped a female officer. Not to mention the inmates who’d killed or maimed other inmates. So yeah, escapes were always on the minds of everyone, including the inmates who had freedom on their minds.

As officers, escapes meant something entirely different to us. Sure, the safety of our neighbors and fellow staff were a concern, but it was the other stuff that went along with total chaos that followed the discovery of a missing inmate that really bugged us.

2. When a count comes up short, inmates, if not already there, are sent to their cells and locked inside. Those at work were generally ordered to assemble in one secure spot and remain there until further instructions were provided, which usually meant an escorted trip back to their assigned cells. A top-to-bottom search of the buildings and grounds was then initiated.

The place was a madhouse, with employees turning every stone, bush, and mattress. Inmates shouted and cheered for their missing compadre, even if they’d never seen the guy before in their entire lives. They banged and shook their cell doors, tossed things out into the corridors and dayroom areas. Some flooded their cells to add to the confusion, hopefully to provide enough distraction to aid in the escape attempt.

3. An hour of internal searching went by without a trace of the missing man, so the brass swallowed hard before making THE call to the regional office.

5. Officers are at their assigned posts, guarding the remaining prisoners (watching them play cards and dominoes while yelling and cheering for their new hero) when they see a handful of White-shirts approaching (superior officers are called White-shirts because they wear—wait for it—white shirts). The bosses point at various officers as they pass by. First one then another, like selecting the top canines in a dog show.

6. The pointed-at officers are now part of the search team. These selections are based on absolutely nothing more than an eenie-meenie-miney-mo type system. Time on the job, marksmanship, alertness…they mean nothing. Warm bodies are what’s needed at that time.

7. So off you go to the armory where the “hand-picked” officers are issued a sidearm and sometimes a shotgun, depending upon how many are on hand and how many are in decent working condition.

8. Recently-armed officers are loaded into smelly vans and buses, packed in like the inmates who’d ridden in those very vehicles just hours before. Meanwhile, back at the prison, all time off and other leave is cancelled for all officers. And, no one is allowed to leave their posts until further notice. No one goes home. In fact, more officers are called in to work.

9. The vans and buses head out to the roads surrounding the prison and the wooded areas between. The vehicles stop at regular intervals to drop off an officer who is to stand there until someone comes back to retrieve him/her. This could be hours, or…

10. Night falls and mosquitoes begin to feed on the guard’s exposed flesh.

11. The officer really wishes he’d been issued a flashlight, and something to eat and drink.

12. Midnight approaches, as does something from inside the darkness of the wooded area. It’s a deer.

13. A prison van drives up at 1 a.m.. The passenger, a White-shirt, rolls down his window and asks if the officer has seen anything? He’s holding a bottle of Diet Coke and promises someone will be by soon to relieve him. Doesn’t offer even a swallow of the beverage.

14. An hour later another van pulls up and the driver tells the officer to get in. The officer is told the search area has been expanded and they’re moving him to an area 20 miles away. Still no food or drink.

15. 24 hours later the officer is standing in in front of a house in a residential neighborhood that’s 26 miles from the prison. It’s raining very hard. No rain gear. Thankfully, the homeowner brings hot soup, a ham and cheese sandwich, and cold drinks.

16. 30 hours since the escape siren sounded. A prison van rolls to a stop in front of the exhausted officer and the driver tells him to get inside.

18. The officer, wet, tired, and still hungry, learned that officials suspected the kitchen worker and had alerted police to locate her.

20. And that, not so much the idea of a dangerous escapee, is why we hated escapes from our facilities.

*Remember, it was a long, long time ago when I worked as a corrections officer. I’m sure times and things have changed a bit since then. However, I’ll still bet money that forced overtime and poor treatment by administration still occurs and is something that’s despised by many of today’s officers.