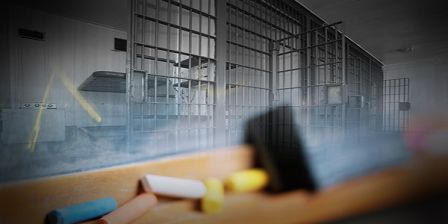 Teachers are charged with molding young minds, protecting our children, and serving as role models, but some of them have actually been charged with crimes. Getting caught was probably not in their lesson plan, and some quit their careers as teachers before becoming psychopathic murderers, but the kind of wrong-doers sometimes found in our education system is just frightening. You’ll want to get background checks on your professors or kids’ teachers after reading about these 10 teachers who became criminals.

* Today’s blog is courtesy of criminaljusticedegreesguide.com