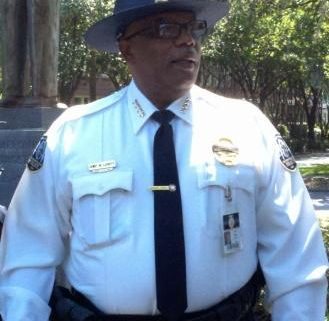 The city of Savannah, Georgia is a favorite tourist destination. It’s a great place for vacationers to leave the rat race behind and climb into a horse-drawn carriage to clippity-clop their way through the city’s scenic historic squares. From there their carriage winds down to the waterfront, along River Street, where riders are often seen gawking at the shops and inside open-front bars. The slow-moving carriages are passed by groups of squealing and laughing teenagers, with heads and arms hanging out of the windows of old black hearses, as they head for the next stops on ghost tours.

Well into the night, tourists are often out and about, strolling along the downtown sidewalks doing the things all Savannah tourists do—point at old buildings, gaze at civil war relics, and play touchy-feely with the gray-green Spanish Moss that dangles from the crepe myrtles along the waterfront. It’s a fascinating place, for sure.

But residents of Savannah see things a bit differently. They know not to challenge the unwritten rule of crossing the line that separates one gang turf from another. The locals know and understand that just a few blocks away from the hub of tourist activity is a place where gunshots ring out at any time of the day or night. Bodies are sometimes found sprawled on the streets, in front or back yards, and in homes or cars shot up by gang members.

Drug activity is rampant. Prostitution is nearly out of control. Illegal gun sales occur on a regular basis. Assaults. Rapes. Illegal gambling. It’s all there, and it’s all within a stone’s throw of pricey hotels and Paula Deen the Butter Queen’s eatery.

Help! Help! Help! That’s what the residents of Savannah have cried for a long time now. They want relief from the violent crime they’ve endured for so long. They’re tired of seeing people wounded and dying from gunfire, stabbings, and beatings. They’re tired of cowering inside their homes at night. Over five dozen unsolved murders in the past eleven years is certainly enough to make even the strongest person a little weak in the knees.

Savannah residents are also extremely weary of the turmoil within the ranks of the Savannah Chatham Metro Police Department. Internal trouble, many say, is the reason violent crime is so out of control in their beloved city.

And that, the roiling troubles inside SCMPD, brings us to the real story, and quite possibly the root of the violent crime woes.

First, though, I have to say that the police officers working to keep Savannah’s streets safe are highly-trained professionals. They’re good people who work hard and love what they do. I’ve met several SCMPD officers and, well, they don’t play second fiddle to anyone. But we all know that a chain is only as good as its weakest link. And when that weak link is at the top of the chain, well, when it breaks the rest must fall. 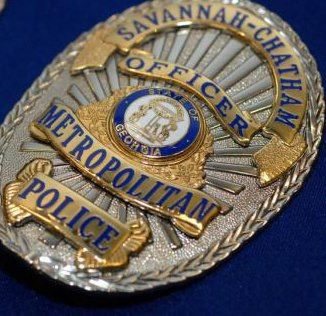 The troubles within SCMPD first came to the attention of the public when Domestic Violence Detective Trina Mayes filed a sexual harassment suit against Willie Lovett. At the time, Lovett was chief of the Savannah Chatham Metro Police Department.

Shortly after the claim was filed, Lovett unexpectedly resigned his position as chief, and retired.

Next came the suspension of three officers assigned to a narcotics detail. Without going into the details, this was related to an officer helping to cover up drug sales by a “friend of a friend,” or something like that.

Detective Trina Mayes was fired, and later charged criminally with making false statements. Mayes claims the criminal charges were retaliation because of her lawsuit against the department. In February 2014, she was arrested and booked into the county jail. Turns out she was allegedly romantically involved with convicted felon William Lamont “Rocky” Sellers. Did I mention that Mayes was married to another SCMPD detective, who, by the way, had been placed on paid leave at the time he filed a formal complaint stating Lovett denied him a promotion when his wife ended her affair with their boss (Lovett).

Lovett, a chief who, according to news reports, was indeed having an affair with at least one female detective. A captain was accused of helping Lovett arrange meeting times and places, and helping to cover up his bosses indiscretions.

This he-said/she-said soup continued boil and play out in front of the entire department and population of Savannah, and surrounding areas, and all while violent crime in the city was spiraling out of control.

To add to the confusion, the city manager at the time was dismissed (something about misusing funds and/or using her position as city manager for personal gain).

Anyway, the new city manager and other Savannah leaders put their heads together and appointed a new city manager and an interim police chief, former Major Julie Tolbert. Tolbert immediately began cleaning up the department. Yes, heads rolled, which was a necessary evil. It’s tough to go out into the streets each day when you’re unsure of what’s going on behind closed doors. Even tougher, is to face a public that’s lost its confidence in their police department.

Former Chief of Police Willie Lovett was indicted in federal court on 7 counts—extortion, participating in an illegal gambling operation, and conspiring to obstruct the enforcement of state criminal laws. The gambling charge is “aiding and abetting commercial gambling in violation of law.”

In other words, Lovett allegedly accepted bribes/money to allow illegal gambling within the city of Savannah. He also used his position and power to provide protection to those in charge of the operations. 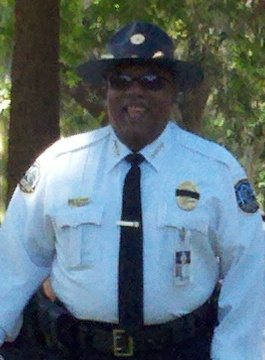 Also indicted were Randall Wayne Roach and Kenny Amos Blount, who were charged with running an illegal gambling business, and with conspiring with Lovett to obstruct the enforcement of Georgia gambling laws.

Lovett faces over 100 years in federal prison if he’s found guilty and sentenced to the maximum sentence allowed. He entered a not guilty plea on all seven charges.

Interestingly, Randall Wayne Roach is expected to withdraw his not-guilty plea and change it to guilty. Sounds like he’s may be working a plea deal with federal prosecutors, which could mean big trouble for Willie Lovett. We’ll see.

Anyway, the dust has finally begun to settle in Savannah. Interim Chief Tolbert has taken control of the department and things are now headed in the right direction. The weak link in the chain is once again strong.

Although, just this past week, a 48-year-old man was gunned down and killed as he was walking along a residential street, a man was cut/stabbed during an altercation on River Street (the cobblestone waterfront street where tourist visit shops, bars, etc.), a man on Wilmington Island (where Paula Deen resides) was arrested and charged with the death of his wife, shots were fired into a vehicle just blocks away from the tourist area, and well, you get the picture. Still, it’s far better than than it was this time a year ago.

The good officers of the Savannah Chatham Metro Police certainly have a tough job and a long road ahead of them.

The police department is healing, slowly.

No thanks to Wille Lovett, a chief gone bad…