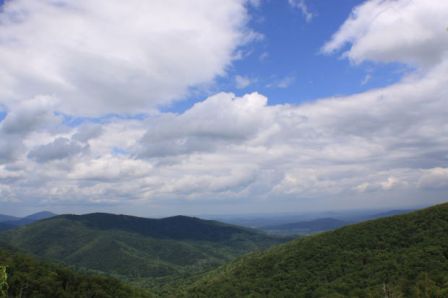 I’ve always enjoyed listening to tales of the “good old days,” and no one could tell them better than my wife’s grandmothers. Their childhoods were spent during times when people struggled to survive, but their families managed to get by. In fact, both ladies attended college, which was a huge accomplishment in those times.

They were fortunate to have lived good and long lives.

The eldest of the two grandmothers passed away just short of her 105th birthday. It was a real treat hearing of her travels to foreign lands—an African Safari, to name one excursion—and about the days when she used to tag along on a horse-drawn wagon with a traveling doctor as he made house calls throughout the community. The story about the time when she was in a high-speed buggy crash was one of my favorites.

Denene’s paternal grandmother, Mary, left this earth at the age of 94. She wasn’t one for chit-chat, so when she spoke it was to deliver a statement of importance. However, when she told of the time she dated country music legend, Ernest Tubb, there was a playful twinkle in her eyes. I believe her times with Tubb were a highlight of her life, especially the night of “the” party.

As a young woman, Mary lived in the mountains of western Virginia, and it was there where she and Tubb attended a party. Mary told me that she and Tubb were socializing with the others at the gathering when Tubb told her there was someone he wanted her to meet. So she followed her date to a corner of the room where a small crowd had gathered around a young, good-looking man who seemed to be at no loss for words. Mary said the man was arrogant, cocky, and far too sure of himself. She didn’t like him. Not at all.

Tubb told Mary the young man was sort of new to the music business and was looking for a break. She wasn’t at all surprised when he accepted the crowd’s invitation to perform. At the conclusion of the song Mary told her date that she didn’t believe the man had any real talent and that he would never make it in the music business. Tubb, on the other hand, said he thought the youngster had a big career ahead of him.

The young man was… 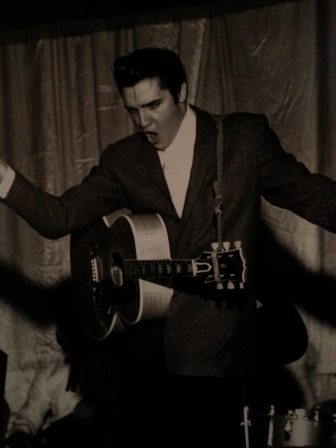 My mother was a huge Elvis fan her entire life. She had a large collection of Elvis memorabilia that I somehow inherited when she passed away. To this day, I can’t help but smile and think of my mom when I hear an Elvis song, or when I see Lisa Marie perform, especially at Sun Studio.

Denene and I found ourselves just a few blocks from Graceland this week and, well, there was no way we could pass up the opportunity. We were, however, a little apprehensive about dragging a UHaul trailer through the mansion gates, but our fears quickly dissipated when we saw car carriers, tow trucks, and motor homes parked at various angles in the paved parking lot. My mother would’ve crawled up the hill on her hands and knees over a bed of broken platinum records, if that’s what it took to get a peek inside of heaven on earth, that most holy place known as Graceland.

So, this one was for you, Mom. Here’s your peek inside the home of The King. And, Mary, I believe Ernest Tubb called this one right. 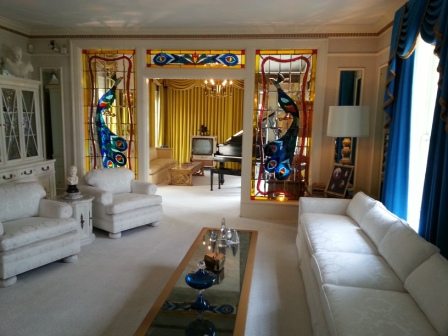 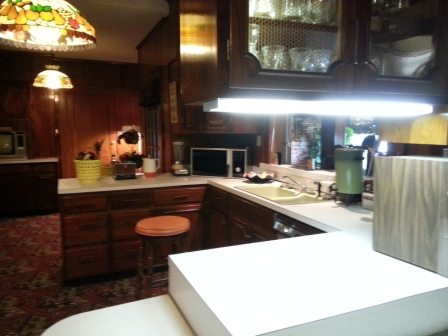 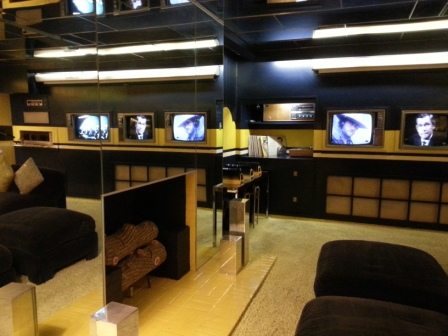 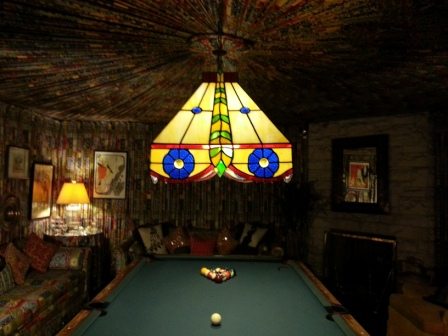 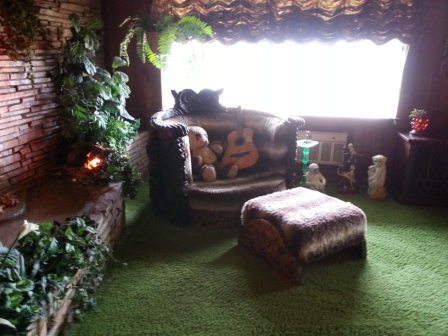 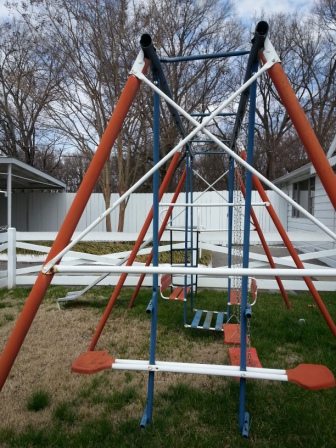 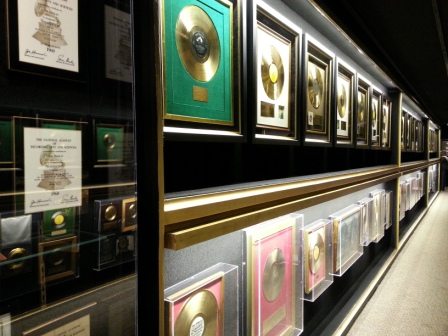 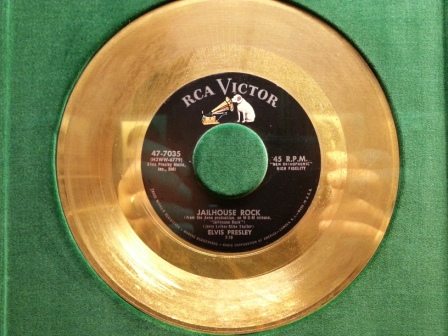 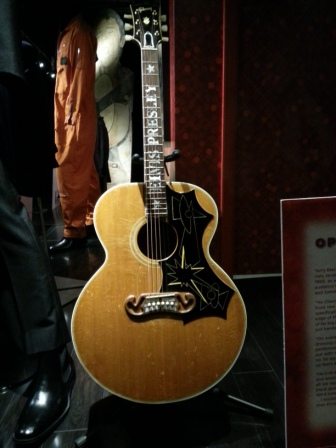 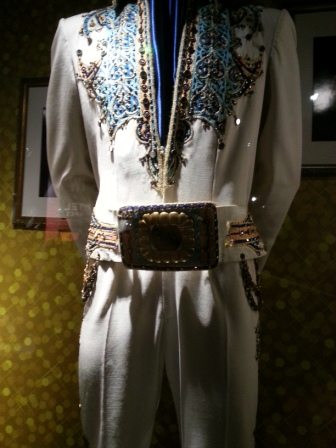 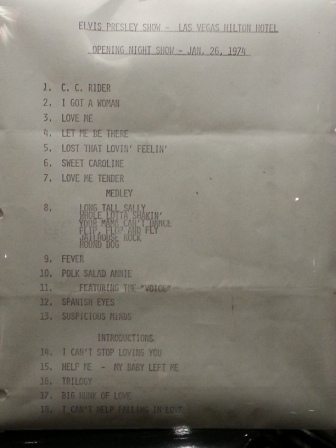 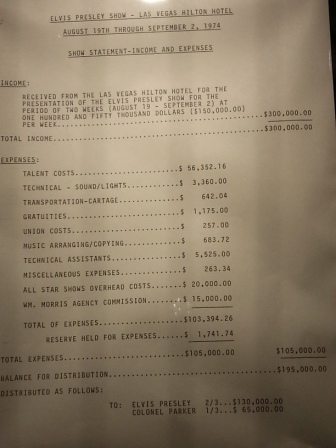 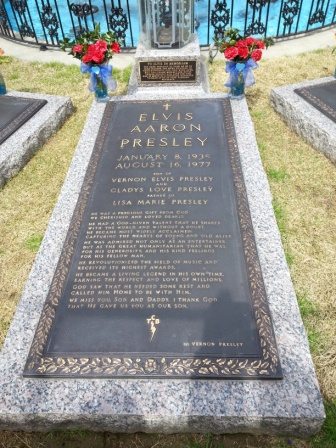 Out of everything to see at Graceland, I think what will stick with me most is Elvis’ obvious love for his daughter, his generosity to people who needed a hand, and the fact that you can absolutely feel Elvis’ presence in the home.

I do not believe The King has left that building.

You ain’t nothin’ but a hound dog

cryin’ all the time.

You ain’t nothin’ but a hound dog

cryin’ all the time.

and you ain’t no friend of mine.

*By the way, we’re slowly making our way across the country, taking in a few of the hot spots as we go. We did, however, resist visiting Toad Suck, Arkansas.

Cops Are People Too
Scroll to top