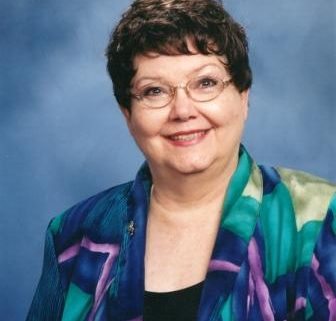 While I sat at my computer working on Midnight Hours, typing what my characters wanted to do and say, I realized I needed some expert advice to be sure what my antagonist wanted would work. Oh, yes, Midnight was a wily villain indeed and knew how to manipulate and use technology to do unethical things. However, he wanted to access the data base (NCIC) that would give information only certain people can have.

The idea would put punch in the plot and create havoc for the protagonist, Martin Rogers, and his team. Midnight begged me, threatened me, and tempted me to add the twist.

I wrote that Midnight gained access, but something bothered me. Could the data base, the National Criminal Information Center set up by the FBI, be that easily hacked? Would the state overseer agency (in Oklahoma the OSBI) not know it had been? With a deep sigh, I began researching. I contacted a friend who trained as a dispatcher and has been an administrator in a county jail for years. She told me the plot twist couldn’t happen. She told me that only certified people can access the NCIC data base. The local police department also informed me that “hacking” into that data base couldn’t happen. Therefore Midnight had to find a way to gain the information he wanted another way.

Back at the keyboard, Midnight argued, but I said, “Hush right now or I’ll change you to a frog.” With a lingering look in the mirror, a shake of a head, and a deep sigh, Midnight went to a corner of my mind to pout to plot ways to “bug” the computers in the police department. The consensus was for the technologically brilliant Midnight to physically access the department’s servers and computers. To give more information and examples would reveal too much of the plot and its twists.

I did learn more about the NCIC, and even though I didn’t use it for Midnight, I’ll be using the information in sequels. The amount of information available for law enforcement is amazing: a computerized index of criminal justice information.

I asked many questions of law enforcement officers from three different police departments and the county sheriff’s department where I live, as well as the friend in another state. I learned how inter-agency task forces could work (a must for my novel). I read articles from experts in the police procedure and investigation fields and computer and technology fields, and learned some “tricks of the trade” for using one computer to appear to send messages from a different one.

I found much of the information I needed for my novel, but I discovered more. I discovered how the Internet can be used and abused.

Midnight used the Internet to prey on disabled men and bring death, and thanks to the help from law enforcement agencies, I could portray that realistically.

However, according to a sergeant in the Oklahoma City Police Department, I didn’t have the hierarchy correct for their department. He was nice enough to tell me, that since it was my story, my book, I could arrange the department differently, that some departments in other places actually have a similar chain of command as in Midnight Hours.

In the future, I will work even closer with law enforcement agencies to be sure I have details as close to correct as possible in future novels, and maybe leave a little room for creativity.

– Views, comments, and opinions of guest bloggers do not necessarily reflect the opinion and views of The Graveyard Shift.

– Author Tony Hillerman, author of the Navajo Tribal Police mysteries, passed away yesterday. He was 83. We extend our heartfelt condolences to the family.

– A former New Bloomfield, Pa. police officer was recently convicted of molesting or propositioning more than a dozen teenage girls for sex while on duty. The incidents leading to the officer’s arrest date back as early as 2000.

– The Associated Press reports that the Washington State Supreme Court has thrown out the conviction of a man who was searched by police solely because of his odd behavior.

The Court’s unanimous decision reinforces the rules for simple pat-downs under state law, which offers stronger safeguards against police searches than the U.S. Constitution requires.