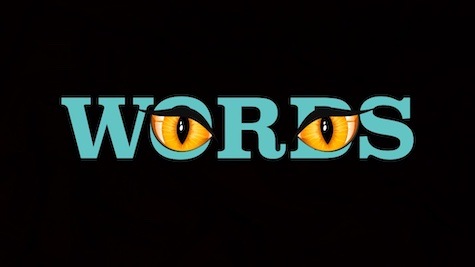 For the past fews days I’ve been offering up the individual ingredients of a word salad. I’ve presented you with formal groupings of letters that, when used properly, could add a little something extra to a crime story. However, I’ve given you these terms merely as a catalyst, a basis to help develop your scenes into 3D visions on a page.

It’s okay to have your cop character spout off a cool-sounding term, such as “marbling,” the the mottled, greenish-black appearance caused by sulfhaemoglobin molecules present in settled blood (once the heart stops beating). But simply saying the word does nothing to help form a picture. For example:

“Her leg is marbled. That tells me the victim has been dead for three to five days.”

It’s another thing entirely to describe marbling like this.

“This one’s a stomach-churner, Lieutenant. Wonder how long she’s been out here?”

“The skin of her right leg looks like a squiggly-lined roadmap of Northern Virginia. With marbling that pronounced, I’d say she’s been dead three, maybe four days, or so,” said Lieutenant Deadlooker.

I know, the writing above was not book quality, but I overwrote it to showcase that it is the definitions and imagery associated with each of these terms that should appear in your work, not so much the actual word itself.

Help your readers see what you see inside your mind. Show them that picture.

Take your world to them. 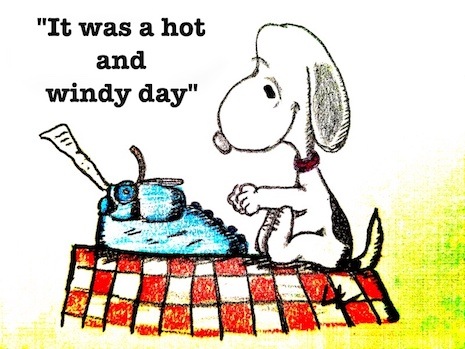 Narcomania – An intense desire for alcohol and drugs.

Navicular – Shaped like a boat, such as certain bones in the feet and wrists. In the wrist, this comma-shaped bone is situated in the first row of carpals. In the feet, they’re located between the talus and the metatarsals.

NCAVC– A subdivision of the FBI’s Behavioral Science Unit, the National Center for the Analysis of Violent Crime is comprised of fours separate sections of the bureau—the Consultation Program, Violent Criminal Apprehension Program (VICAP), Criminal Personalty Profiling Program, and Research and Development.

NATIONAL CENTER FOR THE ANALYSIS OF VIOLENT CRIME

“The mission of the National Center for the Analysis of Violent Crime (NCAVC) is to combine investigative and operational support functions, research, and training in order to provide assistance, without charge, to federal, state, local, and foreign law enforcement agencies investigating unusual or repetitive violent crimes. The NCAVC also provides support through expertise and consultation in non-violent matters such as national security, corruption, and white-collar crime investigations.” ~ FBI.gov.

Necrophagia– The eating of dead corpses. As crime writers who conduct massive amount of research, I’m sure you already know that both insects and some humans partake in the consuming of dead flesh.

In the insect world, beetles and flies, for example, take advantage of the free meals offered to them when they happen upon a dead body. Human diners of freshly-killed people are typically of the serial killer breed, such as Dahmer and others who seem to enjoy appetizers and entrees made from well-seasoned fresh and/or frozen friends. 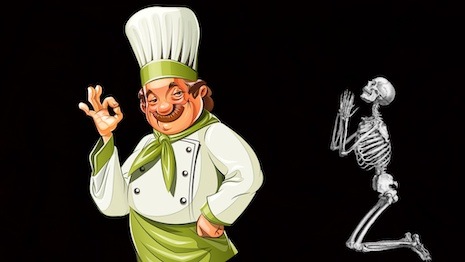 Back in 2001, well-known paleoanthropologist and Professor of Integrative Biology at the University of California, Berkeley described the three ways in which anthropologists divided and categorized cannibalism.

When, or if, you decide to include this term—Necrophagia—in a twisted tale of macabre mystery or romance, please don’t confuse it with the death metal group of the same name.

The ghoulish-sounding band produced jaunty little tunes such as Ready For Death, The Divine Art of Torture, Death Is Fun, A Legacy of Horror, Gore and Sickness, Cannibal Holocaust, and the always soothing bedtime melody, Slit Wrists and Casket Rot.

By the way, another term for those of you writing horror, thrillers, or romance stories with a bit of the dark side, is autophagia, the consuming one’s own flesh.

Neonaticide– the Killing of a child within 24-hours of its birth.

Oblique Lighting – Light source positioned at an angle to an area to be viewed and/or photographed for evidence. Sometimes called side-lightling.

Open Tail– Surveillance style in which law enforcement (or others) utilize, using no means to avoid detection, such as a single police vehicle following behind a suspect car along city streets. 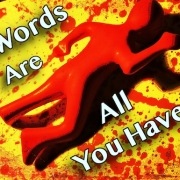 Words That Take Your Breath Away 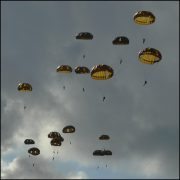 Words That Take Your Breath Away
Scroll to top