In 1963, Stephen Hawking was diagnosed with motor neurone disease and given two years to live. Hawking, regarded as one of the most brilliant theoretical physicists since Einstein, passed away this week at the age of 76. He’d been confined to a wheelchair since 1969.

Today, I imagine him soaring through the cosmos, no longer shackled by illness and manmade devises, on a journey to finally locate the beginning of the universe and the true meaning of being human. After all, it was he who once said, “It would not be much of a universe if it wasn’t home to the people you love.” 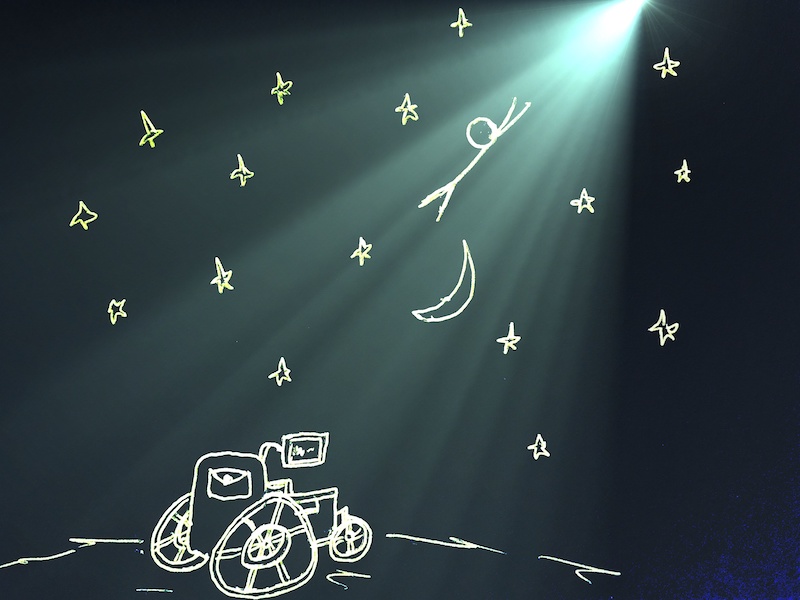 No longer confined, Stephen Hawking sets out on a quest to locate the beginning of the universe.

To read more about this legend of science, visit the website of Stephen Hawking by clicking here.