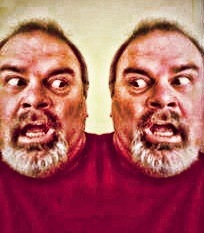 The Fifth Amendment to the U.S. Constitution guarantees us the right that no person shall “be subject for the same offense to be twice put in jeopardy of life or limb.” Actually, there’s more to it, but for the purpose of today’s post I’m focusing solely on the part—the Double Jeopardy clause—that protects us from the government trying us for the same crime twice.

But does it actually do what those words indicate?

“No person shall be held to answer for a capital, or otherwise infamous crime, unless on a presentment or indictment of a grand jury, except in cases arising in the land or naval forces, or in the militia, when in actual service in time of war or public danger; nor shall any person be subject for the same offense to be twice put in jeopardy of life or limb; nor shall be compelled in any criminal case to be a witness against himself, nor be deprived of life, liberty, or property, without due process of law; nor shall private property be taken for public use, without just compensation.”

Ordinarily, yes, the clause does indeed stave off overzealous prosecutors who cannot stand losing a case. Think about it for a moment. If defendants were not protected by The Constitution the government would have free reign to try cases over and over again until they reached the verdict they’d hoped to achieve. After all, it looks bad for government attorneys when they lose cases. A spotless win-win-win record is the brass ring in their world. The same, I suppose, is true for defense attorneys. After all, who’d hire the lawyer who never won a case?

So, with this in mind, possibly, the Framers of The Constitution added this safety net of sorts to protect us all from the “gotta win no matter the cost” possibilities that could, can, and do arise during criminal trial proceedings. However …

In the early 1920s, the Supreme Court allowed an exception the Double Jeopardy clause that permits state and federal prosecutors to bring separate charges for the same crime as long prosecutors are from separate sovereigns. I guess you can see where this is headed.

Yep, the separate sovereigns rule absolutely allows consecutive prosecutions by both state and federal authorities— for crimes arising out of the same conduct. Yes, this exception to The 5th Amendment, the rule that “GUARANTEES” us the right to not be tried twice for the same offense, says’ “oh well, too bad, we’re doing it anyway” because the prosecutions are conducted by separate sovereigns.

Federal and State gov’ts are separate sovereigns; Each has separate zones of authority ~ Black’s Law Dictionary

A great example of how this separate sovereign exemption works is a multi-jurisdictional narcotics task force operating under the umbrella of a federal agency, such as the DEA, FBI, or U.S. Marshalls. The federal agency is in charge and, of course, its agents have arrest powers throughout the U.S. Local officers who serve as members of the task force are sworn/deputized as Special Deputy Marshals, etc.

Let’s refer to United States v. Davis as a good example, where officers and prosecutors failed to successfully win the case at the local level. Therefore, when the Greene County Court ruled to suppress the evidence because the court believed arresting officers/task force members did not have proper and reasonable/probable cause to stop the car operated by the defendants, the prosecutor moved to dismiss the charges and then referred the case to federal authorities so they could pursue the case. The defendants were then tried a second time for the same offense, only this time they were found guilty in a federal court.

The overlapping of many local and federal laws (appr. 4,500 federal laws are now on the books) over the years has made it easy for federal agencies to prosecute even minor crimes such as the possession of small amounts of illegal drugs.

This is not how the system was originally designed. Instead, state and local court were set up to handle local crime, not the feds who were supposed to focus on things such as terrorism, securities and tax law violations, weapons, interstate drug crimes, immigration, and civil rights violations. But now the feds have morphed into a huge conglomerate that overshadows local law enforcement, almost to the point of seemingly having to take on the smaller crimes simply to meet and justify their growing payroll.

In 2008, Terance Gamble was convicted in an Alabama court of second-degree robbery, a felony. Convicted felons may not possess firearms. Therefore, seven years later when Gamble was stopped by officers who found illegal drugs along with a 9mm handgun in his vehicle, he was prosecuted under Alabama’s “felon-in-possession” statute. The conviction earned him one year in state prison.

But Gamble’s troubles didn’t end there, because the U.S. attorney also charged Gamble with the same offense under federal law. A federal judge sentenced Gamble to 46 months in prison … for the same crime.

Gamble appealed the “dual sovereignty” exception to the Double Jeopardy Clause, but, because of the exception per the Supreme Court ruling, the Appeals Courts had to ignore Gamble’s objection of being tried twice for the same crime.

As a result, the ACLU and ACLU of Alabama, the Cato Institute, and the Constitutional Accountability Center“ filed an amicus brief urging the Supreme Court to look at the case with hopes of ending the dual sovereignty exception/loophole.

On the opposite end of the Gamble spectrum is the state of New York. They’re fighting to add to/amend New York’s double jeopardy laws so their prosecutors can bring charges against people who receive presidential pardons.

Having see first-hand how these cases come about and are tried, I’m anxious to see how all of this plays out. How about you?