10. A tourist stops you to ask for directions to any bizarre and out-of-the-way destination and you immediately know the location, the shortest route to it, and every single wacko who lives near it.

9. Your stomach growls while you’re standing in the midst of an extremely gruesome murder scene, so you begin to think of food and your favorite 3 a.m. dining spot.

8. At least fives times each week someone says, “I pay your salary, a**hole.”

7. You’ve heard the line, “I only had two beers,” at least a million times.

6. You’re on first name basis with every wino and prostitute in the city, and you point them out, by name, to your spouse.

5. You wish you had a dollar for every time someone says, “There are real crooks out there and you’re wasting your time messing with me, you sorry piece of ****.”

4. You’re a bit apprehensive about going to church because there’s only one seat facing the front door, and it’s not available.

3. No matter where you are, your friends always introduce you as a cop. “Hi, Guys. Meet Sammy Squarejaw. He’s a cop.”

2. You find yourself sizing up the largest guy in the room, wondering how long it would take you to get him cuffed.

1.  Everybody tells you that someday you should write a book about your experiences on the job.

1. Do Not Touch a police officer. You’ll definitely want to keep your hands to yourself unless your immediate plans include new dental work, a visit to the ER, and a fitting for new black and white striped wearing apparel.

2. Do Not Touch an officer’s gun. See above, but include an abundance of Maglight-induced knots on your head.

5. Do Not Throw Things at police officers. See 1, 2, 3, and 4, but add the surgical removal of the officer’s shiny shoe from the part of you where the sun doesn’t shine.

6. Do Not Run from the police. If they have to chase you they’re bringing a butt-whuppin’ to the party. 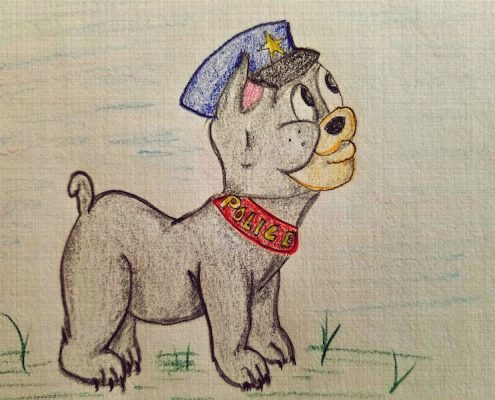 9. Do Not Tell officers that you pay their salaries. See 6 above. The butt-whuppin’ in this case is for officers not receiving a pay increase for the past 10 years. And, prior to your startling announcement they didn’t know where to take their complaints. So thanks for taking one for the team, Sparky.

10. Finally, unless you have a line they haven’t heard before, keep them to yourself.

You know the ones … 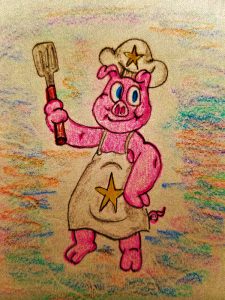 Note – Obviously this post is intended as a tongue-in-cheek bit of humor. The information above is fictional, unless you were there and have video evidence to prove otherwise. If not, it’s fictional. Really, it is. Maybe.