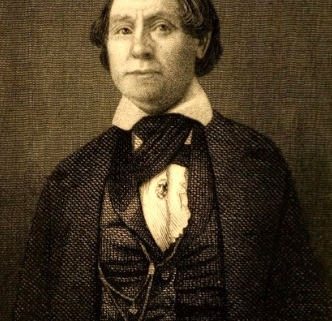 In January of 1830, Edgar Allan Poe and his good friend Dr. John Lofland, the Milford Bard, entered into friendly contest to see which of the two poet/writers could write the greater number of verses. Actually, it was the Delaware Bard who challenged Poe to the contest and Poe gladly accepted.

The two men went head to head in this epic battle of words, concocting their prose at the Seven Stars Tavern on Water Street in Baltimore. And when the dust finally settled and all was said and done, it was Poe who lost to Lofland. Poe was then obliged to pay for dinner and drinks, the previously agreed upon “winners'” trophy. (Phillips, Poe the Man, p. 461 and Mabbott, Poems, pp. 501-502.).

Therefore, as a result of Poe himself awarding the prize to Lofland for besting him in the writing contest,  lay claim that it was a Lofland, who won the first ever “Edgar Award!”

Dr. John Lofland, one of Delaware’s earliest and most prolific writers, is a well-known name to Delaware rare book collectors.

John Lofland was born March 17, 1798, in Milford, Delaware. At an early age he developed a love for books and read all he could find, especially English literature. As a pre-teen, he abandoned fiction for science, theology, metaphysics, history, and mythology.

At his mother’ s urging, he chose medicine as his career path and began his studies in 1815 under the wing of Dr. James P. Lofland, a cousin and successful physician who practiced in Milford, Delaware. John soon began formal education in 1817 at the medical school of the University of Pennsylvania.

During his school years, Lofland’s passion remained with writing, especially poetry. When he left college (he was expelled for writing a poem about a professor who was unpopular) he dove headfirst into a literary career, even though the laws at time were such that he could’ve begun practicing medicine.

Lofland developed a severe stomach ailment and was prescribed laudanum as part of his treatment. He became addicted, as did many people back in those days, since laudanum was a common drug prescribed in those days for a number of illnesses. The addiction to laudanum was another commonality he shared with Poe.

The Harp of Delaware 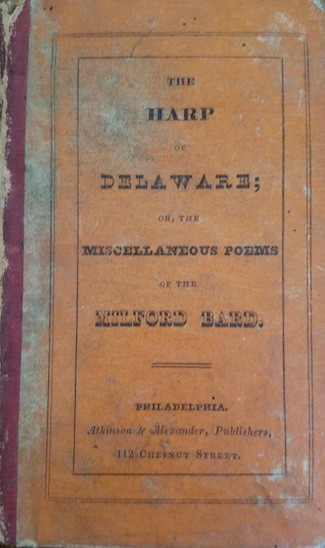 As a writer, Lofland’s poems were regularly published in The Delaware Gazette and the Saturday Evening Post, and he soon gained nationwide reputation for his writings.

In 1828 a collection of John’s poems was published as The Harp of Delaware by Atkinson & Alexander of Philadelphia. 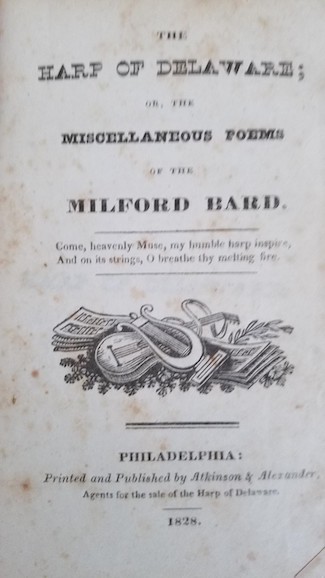 As early as 1894, the work was already considered a rare book, but sold well enough to provide Lofland a substantial income for many years. The images here of the book are of my copy of the work.

Edwin Rowland Paynter was born in 1768. His great-great-grandfather, Samuel Paynter, emigrated to America from England in the early colonial days, near Lewes, Del. In 1823, Edwin Ross Paynter was elected governor of Delaware. The governor’s maternal grandfather, Caleb Ross, was married to Letitia Lofland, sister of John Lofland, “the Milford Bard.”

Other distant branches of the family tree include several Delaware politicians, including an attorney general, another governor, secretary of state, and a judge of the superior court, to name a few.

It’s not certain, but it is believed that Dr. John Lofland, the Milford Bard succumbed to tuberculosis on January 22, 1849. His body was laid to rest in St. Andrew’s churchyard in Wilmington, Delaware, not far from where we currently reside.

From The Harp of Delaware by Atkinson & Alexander of Philadelphia.

I ask’d a wretched negro why—

He sigh’d in sorrow deep,

And of the cause of his manly eye,

So oft was seen to weep.

He said—‘Imagine you were borne,

Across the ocean’s wave,

And from your friends and kindred torn,

I asked why he did not bend,

Nor at his lot complain,

Until a happier day should rend,

He cried—‘No day can end my doom,

Nor ease my bosom’s strife,

Nought but the night within the tomb,

For I’m a slave for life.

I told him he was happier far,

Than thousands here below;

Provided for, no cares could mar,

His joy, or cause his woe:

‘But for my native shades I sigh,

And for blest liberty.

I left him and could not restrain

The tumults of my heart;

And had I the pow’r I’d break the chain,

And bid the slave depart:

O! you who cannot for him feel,

But still his labour crave.

O! you whose heart resembles steel,

Think but yourself a slave.