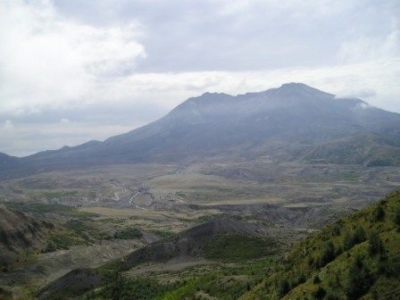 It was 40 years ago today when the north slope of Mt. St. Helens exploded, sending a plume of ash 15 miles high, ash that would soon enter the jet stream and travel around the world.

Eighty-three-year-old Harry R. Truman, owner and caretaker of Mount St. Helens Lodge at Spirit Lake, near the foot of the mountain, refused to leave his home when authorities alerted him to the potential eruption. He, along with his 16 cats, are believed to have been killed in less than a second due to heat shock generated when the mountain blew. Their bodies instantly vaporized and the spot where they once were was then buried in 150 feet of landslide debris.

Fifty-six others also died that day.

Several years later, Denene and I visited Mt. St. Helens during a time when a new, rising lava dome suddenly began to form in the mountain’s jagged, gaping mouth. Occasionally it belched billowing plumes of steam as proof of the fire in its belly.

I often think about our trip to the eerie, yet tranquil volcano that unleashed the firestorm of devastation that destroyed vegetation and wildlife for miles. It consumed an entire lake.

The place reminds me of the corner of my mind where I go to when I want to be alone, the place where there are no sounds to disturb my thoughts. No movement to distract my imagination. It’s the place where I’m certain that Alfred Hitchcock, Poe, and Stephen King are each somehow connected. It’s the gate to the real-life Twilight Zone. The muse of all muses. 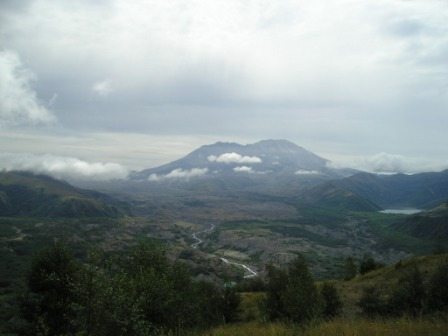 We saw signs of returning life nearly thirty years after the 1980 eruption—small flowers, young trees, grasses, and even a darting field mouse and a screeching hawk. But the thousands upon thousands of dead trees, all lying on their side-by-side and end-to-end, like rows and columns of matchsticks, all facing the same direction as a result of the blast, well, they’re a reminder of just how small and insignificant we humans really are. 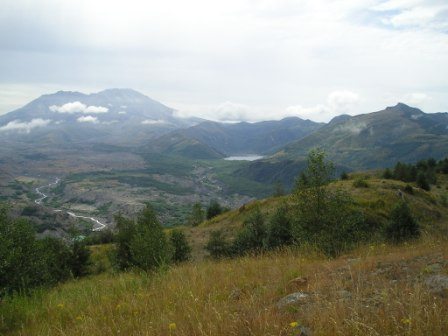 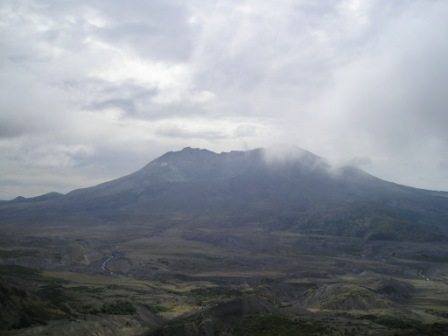 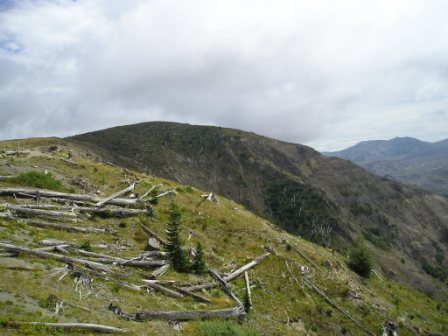 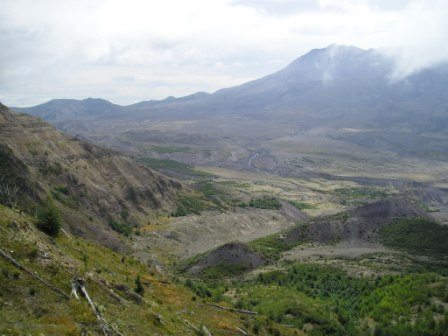 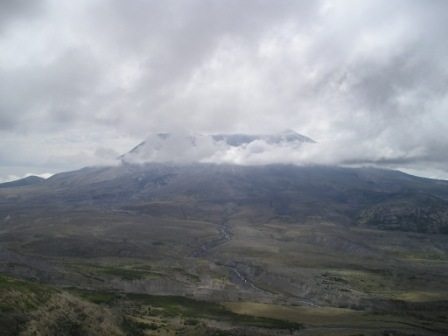 A bit of Mt. St. Helens sits on a shelf in my office—two once molten rocks and a small chunk of Douglas fir that survived the blast. 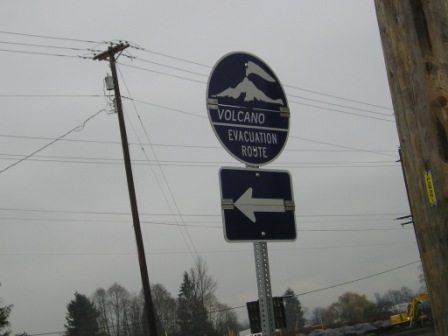