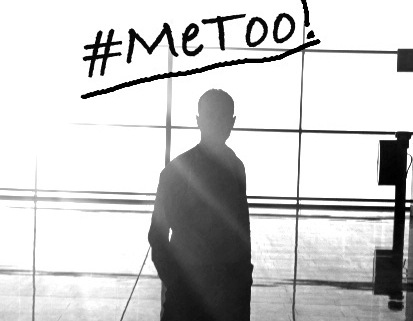 A recent news story about the abuse of inmates in some U.S. jails and prisons reminded me of a conversation I once had with a former federal prisoner, a person we refer to as Mr. X.

Mr. X is a former business professional who committed a nonviolent crime that landed him in federal prison for just over three years, as a first time offender. He’s out now and has shared a few of his prison experiences with the readers of The Graveyard Shift. I contacted Mr. X to see if he’d seen or experienced abuse of any kind at the hand of corrections officers. Here’s what he had to say.

Mr X: I have heard many horror stories of COs (corrections officers) beating and torturing inmates, but I’ve never seen it. Of course I was locked up in low security facilities my entire time in the system. Things march to a different tune at the higher levels, at least that’s what I’ve been told by the men who’d served time there.

But abuse and abusers come in many forms. What devastates one person may be like water on a duck’s back to another. I say this because I’m about to describe some things that happened to me and I’m sure they’ll seem trivial to you, but to me the events were humiliating. Yes, I considered this as abuse. Not the physical kind, but abuse nonetheless, and with no way to stop it.

My abuser was a female CO. She had coal black hair, a face full of acne scars, and a torso like a fire hydrant. Her uniform fit like a sausage casing stretched tightly over legs and arms and legs as thick as tree limbs. She wore shiny black combat boots and the sleeves of her gray uniform shirt rolled up to mid muscular forearm. A crude tattoo of a giant scorpion sat halfway between the elbow and wrist of her right arm.

Living quarters in the camp was set up dormitory style. My dorm housed just over 200 men, all in one big room with six-foot-high cinder block walls dividing our two-man cubicles. We all used a common restroom and showers. Both the shower and toilet stalls had individual doors. This was odd because most prisons and jails don’t install doors in restrooms to help prevent hidden activity. In fact, in some of the jails I’d been in while awaiting trial and during transport to federal prison, had stainless steel toilets sitting out in the open where everyone roamed around you, or hung out nearby while you did your business. Imagine eating your meals while the person “seated” next to you was using the restroom. Now that was an eye-opening adjustment to make.

I mentioned the restroom because that’s one place this particular officer made it a point to be in the there at the end of the work day when most of the guys were showering. She watched as we removed our clothing or towels. She watched when we walked to the shower stalls. Then she’d walk to each shower door and just stand there gawking. When we turned our backs to the doors she’d order us to face her. She threatened to send us to the hole for not obeying her direct orders. She’d even rest her forearms on the top of the half-shower door and settle in for a good look.

It wasn’t long before she seemed to zero in on me, and that included when I was in a toilet stall. She’d order me to unlatch the door and then she’d hold it open, move as close as possible to me without actually touching me, and then stand there staring until I was done. She was not one bit shy. I am.

I vividly recall staring down at her boots. They were only two or three feet away from my feet. The toes were incredibly shiny, and slick. I remember thinking about how much time and energy she must have put into getting them that shiny. I thought she must have a military background.

I complained about her to sergeants and her other superiors but they said she was doing her job, watching inmate activity at all times. Funny thing about this was that not one male officer ever, not ever, did either of the things she did. They’d make their rounds, of course. And they’d look to see that all was well and as it should be. But they wouldn’t walk up to your stall and stand there staring at your privates. This woman was downright creepy. I once saw her enter a seldom used hallway and seconds later another female guard entered the same space. Curiosity got the the best of me so I walked over and took a peek. The pair were involved in long, deep, toe-curling kiss. Their hands were as active as hyper children on a playground.

One day, an older prisoner who everyone knew had heart trouble, collapsed on his way to the dining hall. Several inmates ran over to help (there were a couple of medical doctors incarcerated in the camp) but Officer Creepy walked up and ordered the inmates to move away. The she poked the old guy a couple of times with the toe of one of those spit-shined boots. She announced, “He’s faking so he can get out of work. He can lay there all day for all I care.” And she left him there after one last hard jab to the poor guy’s ribs.

An inmate finally ran to the medical department to see if a nurse would help. She did not. A sergeant walked up and Officer Creepy repeated the “faking it” story. He walked on. Eventually an ambulance crew showed up (well over an hour later) and took the man away. He never returned. We later heard that he was DOA when the ambulance crew arrived at the camp to pick him up.

One night I woke up with an excruciating toothache. I spoke to the CO working our building, but he said I’d have to fill out a sick slip to request an appointment to see the dentist, who only visited the camp one day per week. When my appointment finally rolled around, I was sitting in the chair with my mouth wide open, overhead light shining inside, and with the dentist preparing to dig in, when in walks Officer Creepy. She was assigned to guard the medical offices that day. So she comes chair-side and begins to talk to the dentist about how degrading it must be to work on the teeth of a piece-of-s*** prisoner.

The dentist, a retiree and an extremely nice man who treated everyone as people, not animals, told her that he loved his job and he enjoyed helping others who really aren’t in a position to help themselves. For some reason that really set her off. She told him I was faking. He contradicted her saying his exam proved otherwise. She then ordered me to open my mouth really wide. And then, and I couldn’t believe it, she jammed her bare, who-knows-where-it’s-been index finger into my mouth and started forcefully jabbing at my teeth, saying, “Does that hurt? Does it? Well, does it?”

The doctor protested meekly, but she continued her tirade. Clearly she intimidated the elderly and frail dentist, and he did nothing to stop her.

When she finished poking around she placed her hand on the side of my face and pushed my head to the side. She ordered me back to the dorm. The dentist pleaded my case to her and she finally consented to let him finish the filling.

Sometimes she’d come to our dorm and go into our “cubes” where she’d toss our belongings into a messy pile in the center of the floor. I mean she threw it all, including mattresses, sheets, pillows, food items, books, papers, pencils, cups, and shoes. Then she’d tell us we had five minutes to clean it all up. Sometimes, after we got it all squared away she’d returned and do it all over again.

One night the officer working our dorm, a really nice man who said he came to the U.S. from Africa, told me to mop and buff the hallway floors in the administrative section of the building. It’s the part of the building where the counselors and ranking CO’s office’s are located. There’s no one back there at night. I grabbed the tools and supplies and the CO let me inside. He told me to knock when I was ready to come out. Each of the office areas were securely locked and there was nowhere else to go so it was not unusual for them to lock us inside the hallway to work. I really didn’t mind the extra duty because it was quiet back there, with no shouting, smelly inmates to deal with while you’re trying to read or write letters.

As I was getting ready to begin, an office door opened around the corner. I turned just in time to see Officer Creepy and another female guard—not the same one mentioned earlier—come out. Both were adjusting their uniforms and securing buttons. Creepy kissed the other officer on the cheek and turned to head back to the dorm. That’s when she saw me and I prepared myself for a trip to “the hole.” I was certain that she would come up with something that would land me in solitary for a long, long time, just to save her own skin.

However, she surprised me by walking past without saying a word. Nothing. Not even eye contact.

The night passed and still nothing happened. Then a week passed.

I never saw her at the camp again. I don’t know if she quit, or what. All I know is that it felt like a huge weight had been lifted from my shoulders. No more “visits” from her.

Like I said, to some these incidents probably seem minor. As far as I’m concerned, though, Officer Creepy was a bully and a sex offender. Sadly, the system supports her type of behavior.