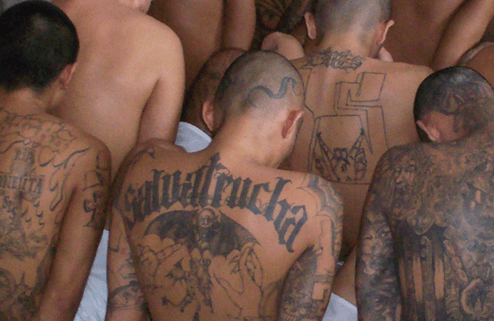 There are street gangs and there are street gangs, but the violent, international MS13 gang takes a backseat to no other when it comes to cruelty to other humans. In fact, to join MS13, prospective gang members must endure a brutal 13-second beating (a “beat-in”) by other gang members. Females are fortunate. They have the option of being beaten or gang-raped. Another step in the initiation is to kill a rival gang member or someone randomly selected by the gang.

The gang name is derived from La Mara, a street gang in San Salvador.  The word “Mara” translates as “gang” in English. Salvatrucha comes from the Salvatrucha guerrillas who fought in the Salvadoran Civil War.

To become full-fledged members and to earn the title of “homeboys” (after a “probationary period of sorts), “chequos,” or mid-level MS13 members are “jumped in.”

Jumping in is a two-step process—chequos must commit at least one murder of a rival gang member. Afterward, they’re voted in, if approved, and this is when gang leaders would very slowly count to thirteen while other gang members beat the chequos. This, the beat-in, is not a fraternity hazing. Instead, the beatings are often extremely severe.

When the beat-in is complete, members often display the familiar devil horn hand sign, a gesture they borrowed from fans of heavy metal music. 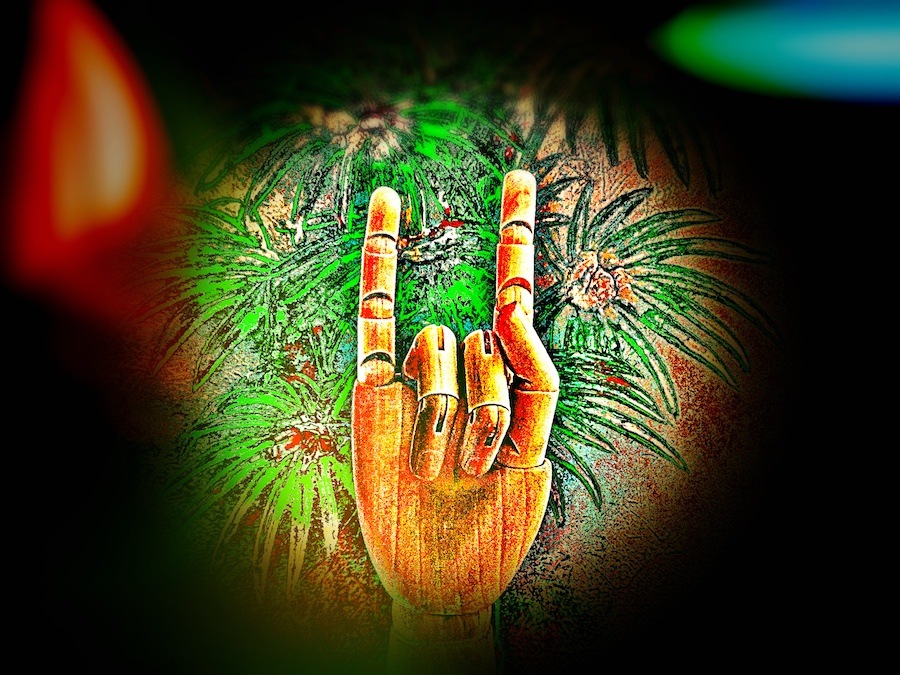 MS13 clique leaders are known as “palabreros.” Loosely translated, the word means “those who have the word.”

As a full-fledged member, the new homeboys join the other gang members during their everyday routines of selling drugs, smuggling weapons and people, prostitution, car theft, extortion, armed robbery, and murder. Lots of murder.

MS13 has attempted to get a foot in the drug-dealing business but they’ve faile to do so on a large scale. The gang has no formal leader and operates in pockets within Mexico, the U.S., Canada, and Central America.

Members of those pockets (cliques, or “clicas” in Spanish) tend to show their loyalty to those smaller groups rather than the overall “organization,” which translates into enough disorganization to make organized drug-dealing nearly impossible. Therefore, they stick to more localized crime. However, the gang is very large and extremely deadly. Murder is a priority.

There is an attempt at organization, though, between the leaders who’re currently incarcerated and those on the street. Together, they try to control the major “hits,” such as the orders to kill police officers and other officials. Still, they are not formally organized, with most activity occurring within the smaller clicas.

“Of the 506 gang members arrested or charged in connection with crimes, 207 were charged with murder and 100 others were accused of conspiracy or racketeering, and “dozens of others” were accused of sex trafficking, attempted murder, sexual assault, extortion, and drug trafficking.” ~ from a report by Jessica Vaughan, director of policy studies at the Center for Immigration Studies. (February 28, 2018). The report was based on a study of just over 500 MS13 gang members arrested since 2012.

The extreme activities of MS13 have helped make what some call the Northern Triangle—Guatemala, El Salvador, and Honduras—the most violent place in the world that’s not currently at war.

Leaving the gang, for whatever reason, proves to be impossible in some cliques because the penalty for desertions is immediate death.

To name only a scant few of the MS13 horrors, in 2017, MS13 gang members were responsible for:

*Please don’t be alarmed. The following image is not of a real hand. It’s a staged photo. But please do imagine the very real fear experienced by those who’ve faced death, torture, and dismemberment at the hands of MS13 gang members. 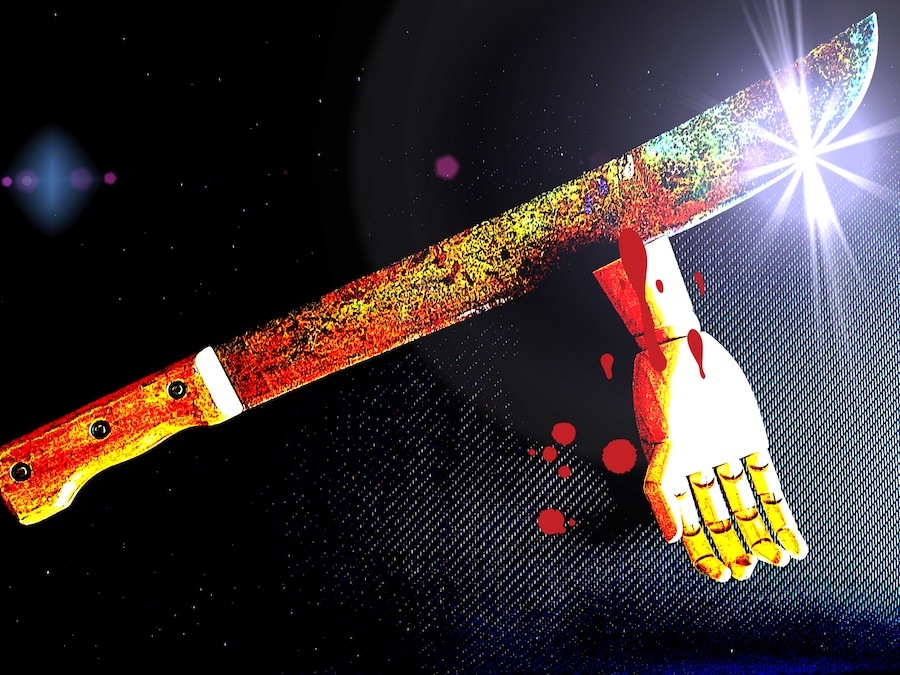 To kill the two girls, MS-13 gang members used bats and machetes. Cuevas was the target of the hit because she had apparently feuded with some gang members on social media. Mickens, who was simply in the wrong place at the wrong time, was so badly beaten around her head and face that she was barely recognizable.

Machetes are often used to kill because laws aren’t as strict as those governing firearms. And, because of the massive damage they’re able to inflict when used against a human body. 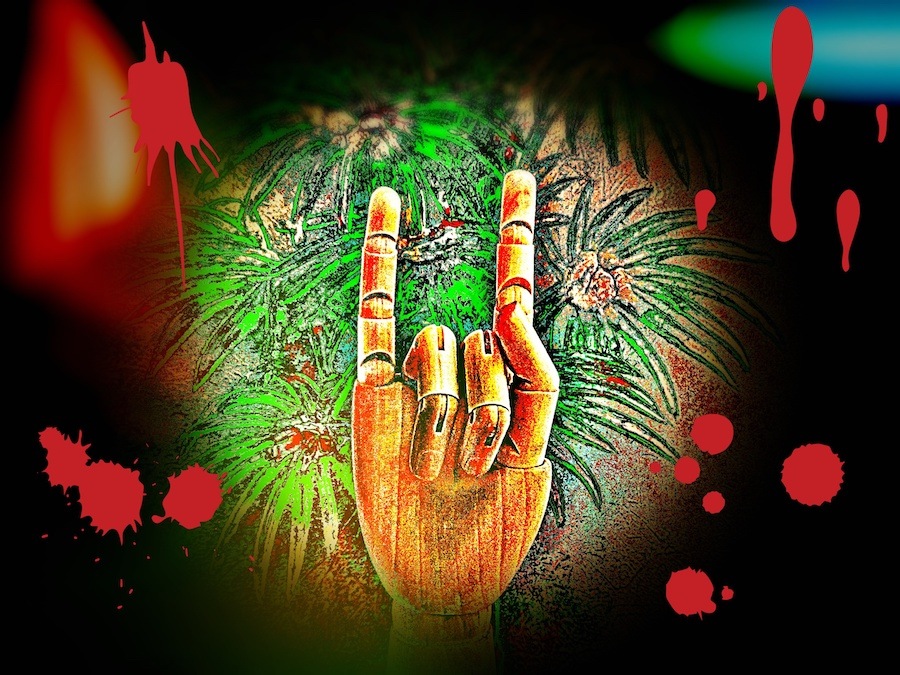