“Search Dogs, Search Warrants, a Search for Words, and Lies”

This daylong live and interactive seminar features three renowned professionals who will share intimate knowledge of K-9 search and rescues and the recovery of human remains; laws and procedures governing search warrants, pursuits, and police use of force; how detectives use the words of suspects and witnesses—nouns, pronouns, extra words, missing words—to detect deception or hidden information.

At the end of day international bestselling author Heather Graham presents a dynamic workshop on the craft of writing titled “It’s All in the Words.”

Search Warrants, Pursuits, and Police Use of Force

This course will describe the general legal standards for the use of force by police such as warrants, including anticipatory, knock, and No Knock, warrants and pursuits. Instructor, Kevin Rathburn

More than the Nose: K9 Search Teams in the 21st Century

K9 Search Teams in the 21st Century is a journey into the world of canine search teams. What does it take to be field ready? What makes a good search dog? Learn the difference between what it looks like on TV and what it’s really like out in the field. Learn how and why it’s changing from search and rescue volunteers to unpaid professionals. Instructor Sheri Wohl

Law enforcement uses numerous tools to identify deception in witnesses and suspects, depending on their background and training. Learn one of the more unique skill sets in recognizing deception through language–by reviewing the written statements. Understand how the very nouns, pronouns, extra words, missing words, and other clues alert detectives to deception or hidden information. Add richness and depth to your writing by utilizing and weaving content statement analysis into your manuscripts. Instructor, Carrie Stuart Parks

A dynamic workshop on the craft of writing taught by one of the all-time great authors of suspense, historical romance, vampire fiction, time travel, occult, and Christmas family fare. Instructor, Heather Graham 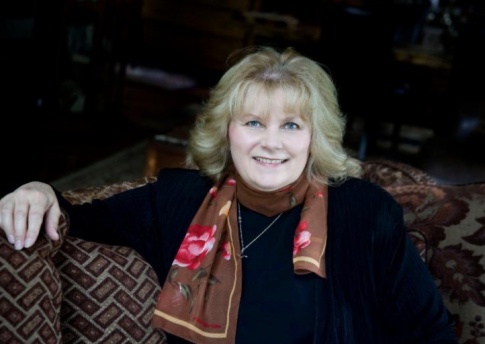 Carrie Stuart Parks is an award-winning, internationally known forensic artist. She travels across the US and Canada teaching courses in forensic art to law enforcement professionals including the FBI, Secret Service, and RCMP, and is the largest instructor of forensic art in the world. Her best-selling novels in the mystery/suspense/thriller genre have garnered numerous awards including several Carols, Inspys, the Christy, Golden Scroll, Maxwell, and Wright. As a professional fine artist, she has written and illustrated best-selling art books for North Light Publishers. 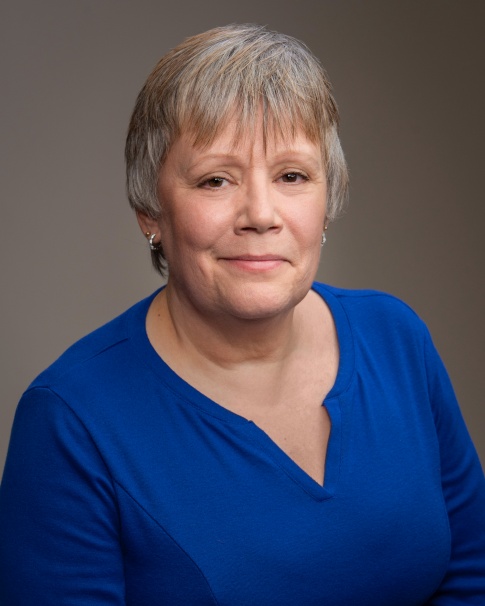 Sheri Lewis Wohl is a 30-year veteran of the federal judiciary, a search and rescue K9 handler, and the author of more than fifteen novels, several of which feature search dogs. She is a field ready member of search and rescue in Eastern Washington and for the last nine years, has been a human remains detection K9 handler deployed on missions throughout Washington, Idaho, and Montana.

Sheri has a Bachelor’s degree in Psychology and Communications from Eastern Washington University and a Master’s degree in Literature from California State University, Dominguez Hills. 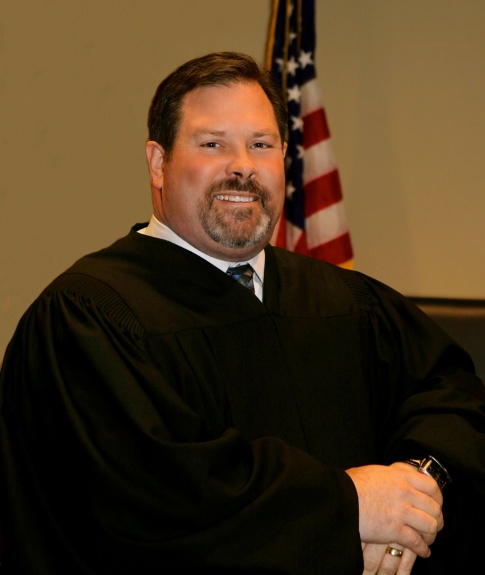 Kevin Rathburn became a full-time faculty member at Northeast Wisconsin Technical College in 2000 after serving as an adjunct instructor for nine years. Prior to that, Mr. Rathburn served for ten years as an Assistant District Attorney for Brown County in Green Bay, Wisconsin. In 2004, Mr. Rathburn became Municipal Judge for the Village of Suamico. Mr. Rathburn holds BAs in political science and economics from St. Norbert College (1987) and a JD from Marquette University Law School (1990).

While in Law school, Mr. Rathburn served as a law clerk to several Milwaukee Circuit Court Judges handling civil and criminal matters and the appeal of cases from local boards and municipal court in Milwaukee, Wisconsin. He also completed an internship in public sector labor law with the law firm of Mulcahy and Wherry and an internship with Blue Cross & Blue Shield Insurance Company.

Since 2007, Mr. Rathburn has been a frequent speaker for the State Supreme Court in its training of Municipal Judges and Court Clerks. Since 2012 Mr. Rathburn has provided Basic Intake Training for Juvenile Intake Workers throughout Wisconsin. He is a trainer for the Wisconsin Child Welfare Professional Development system. Since 2016 Mr. Rathburn has been a featured presenter at the annual Writer’s Police Academy. He recently completed work with James Patterson and Maxine Paetro on a crime novel (The 17th Suspect). He has also presented to officers from England and the Caribbean Islands on multiple occasions in recent years.

In 1994, Mr. Rathburn received the Optimist Law Award for his contribution to the legal field. He also received an Outstanding Teacher Award in 2004, 2005, & 2006 from Who’s Who Among Teachers in American Universities & Colleges and from Who’s Who in Collegiate Faculty in 2007 and 2008. In 2017-18 he was included in Who’s Who in Technical College Faculty. In 2019, Mr. Rathburn received the Excellence in Teaching Award from Northeast Wisconsin Technical College.

Mr. Rathburn says his family is the most important part of his life. He spends as much time as possible with his wife, Beth, and their three sons, Sam, Jack, and Ben. He enjoys landscaping, gardening and walks with Beth and their dog Sophie. He spends many of his late evening hours reading and writing on legal topics. He also likes reading espionage or mystery novels and watching movies; especially westerns. He is an avid Packers fan and enjoys following the Badgers, Brewers, and Bucks 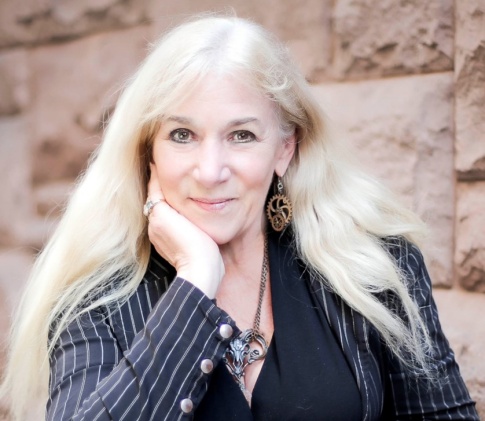 She is pleased to have been published in approximately twenty-five languages. She has written over 200 novels and has 60 million books in print. Heather has been honored with awards from booksellers and writers’ organizations for excellence in her work, and she is the proud to be a recipient of the Silver Bullet from Thriller Writers and was awarded the prestigious Thriller Master Award in 2016. She is also a recipient of the Lifetime Achievement Award from RWA. Heather has had books selected for the Doubleday Book Club and the Literary Guild, and has been quoted, interviewed, or featured in such publications as The Nation, Redbook, Mystery Book Club, People and USA Today and appeared on many newscasts including Today, Entertainment Tonight and local television.

Heather loves travel and anything that has to do with the water, and is a certified scuba diver. She also loves ballroom dancing. Each year she hosts a Vampire Ball and Dinner theater raising money for the Pediatric Aids Society and in 2006 she hosted the first Writers for New Orleans Workshop to benefit the stricken Gulf Region. She is also the founder of “The Slush Pile

Players,” presenting something that’s “almost like entertainment” for various conferences and benefits. Married since high school graduation and the mother of five, her greatest love in life remains her family, but she also believes her career has been an incredible gift, and she is grateful every day to be doing something that she loves so very much for a living.

In 1957, University College London researcher Olof Lippold discovered that all muscles in the human body, including the vocal chords, vibrate within the frequency range of 8-12 Hz range. This vibration, of course, occurs as muscles tighten and relax.

Lippold charted these vibrations by using electrodes applied to the extensor muscle of the middle finger. Electrical activity generated by muscles was then recorded on an Electromyograph (EMG), a medical technology designed for evaluating and noting this type of activity.

Shortly after, the men filed a patent for an invention—the Psychological Stress Evaluator (PSE)— that could analyze voice recordings. It was the world’s first Voice Stress Analyzer and it was based Lippold’s work. It was the ultimate in lie-detecting technology. 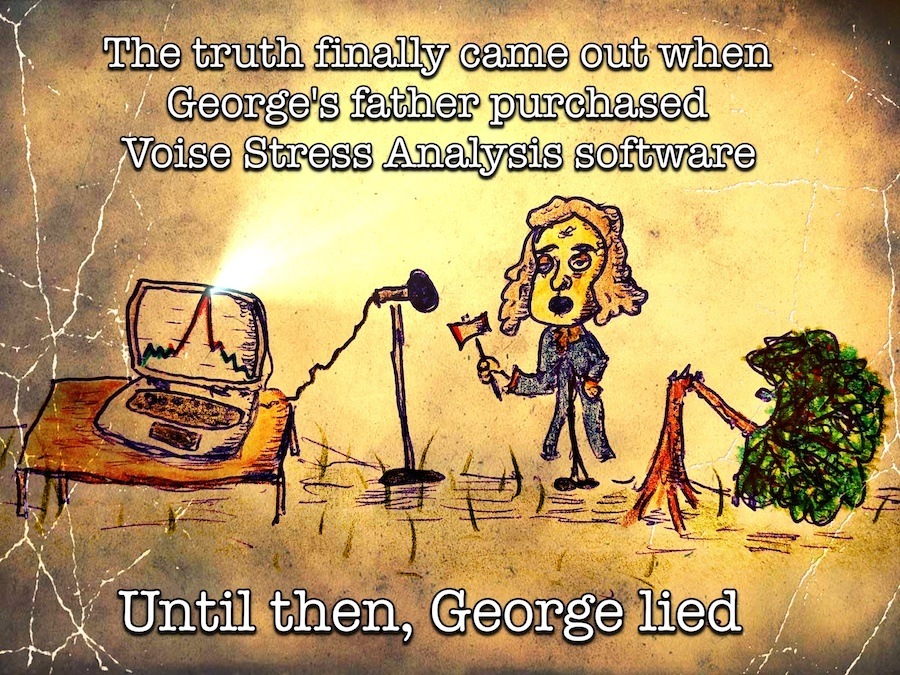 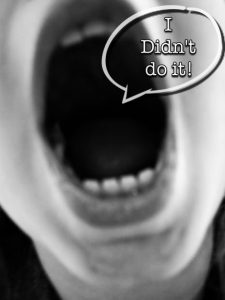 CVSA technology focuses on the inaudible and stress-induced aspects of the voice—muscle micro-tremors.

Many investigators and department officials find that voice stress analysis is more reliable than polygraph examinations, and the voice stress system is less expensive and requires far less training time.

How Does it Work?

To see how this process works, please click to watch the video below. Then see how quickly the hero of your story extracts a confession from the bad guy.

And the cop to the crook …

“Ain’t that what you said?