This is a case that shocks the conscious. It goes against the grain of a normal society, of human nature, and what should be a mother’s unconditional love for her child.

Until October 5, 2022, Leilani Simon, 22, her boyfriend Daniel (Danny)Youngkin, and Simon’s three children resided with Simon’s parents, Thomas and Billie Jo Howell, at a home in the 500 block of Burkhalter Road in Savannah, Georgia. 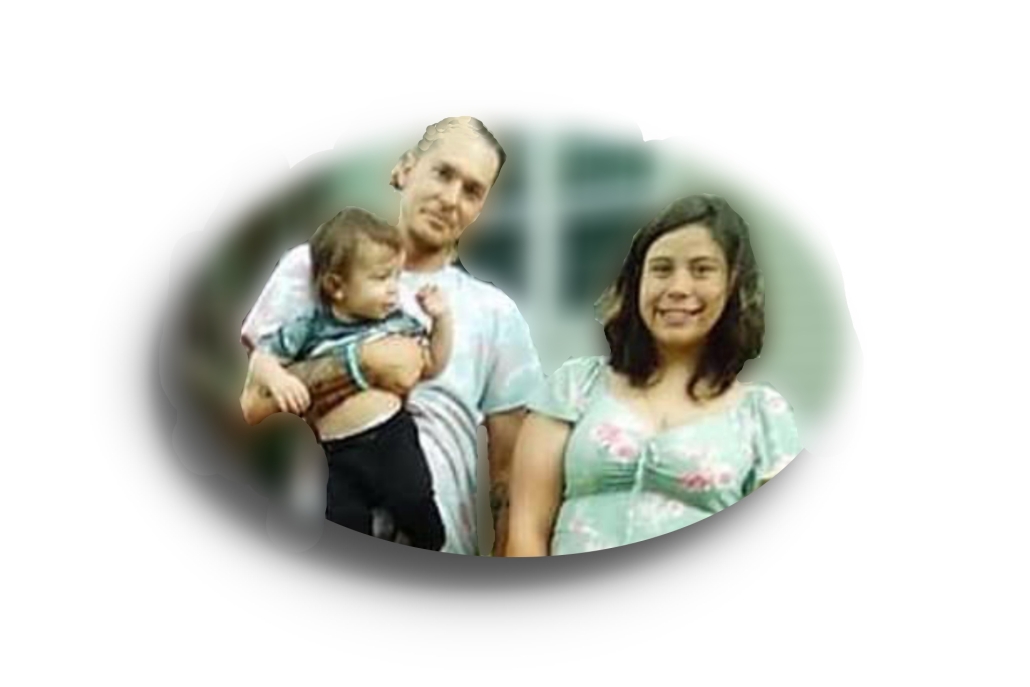 On October 5th, 20-month-old Quinton Simon was reported missing and from that moment forward Leilani Simon became known worldwide, and not in a good way. Not at all.

November 2021 – Leilani Simon was working at a Loves Truck Stop off I-95 just north of Fayetteville, North Carolina when she was arrested and charged with a felony for stealing two packs of cigarettes, a bag of popcorn, and a bottle of lemonade from her employer. The judge sentenced Leilani to one year of probation, 48 hours of community service, and approximately $400 in fines. As part of her probation conditions, she was ordered to not to commit any crimes for 12 months. 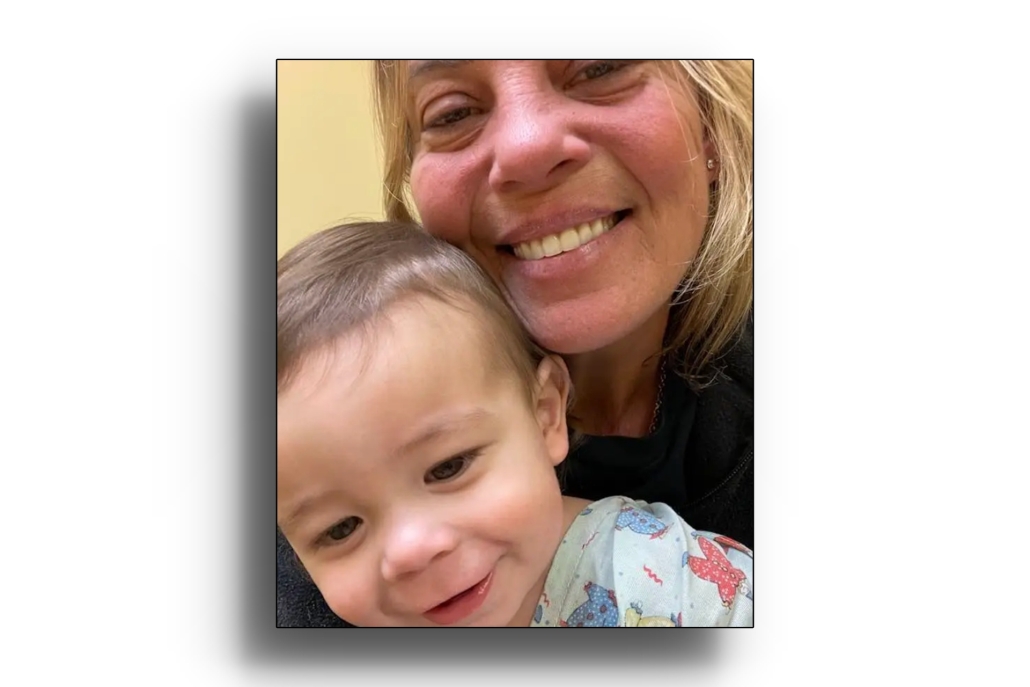 Below is a copy of the police report about the alleged assault. Hover your cursor over the document to highlight/activate navigation options. Then use the arrow buttons at the bottom of form to advance to the next page to read the officer’s narrative of the incident.


September 8, 2022 – Billie Jo Howell filed to evict her daughter and Youngkin from her home. In the filing, Howell stated the couple damaged her property and that  “no one is living in peace.” Howell had legal custody of Quinton and his older brother since Quinton was 5-months-old. Leilani recently moved back to her mother’s home and soon after gave birth to a baby girl. The three children each have a different father. 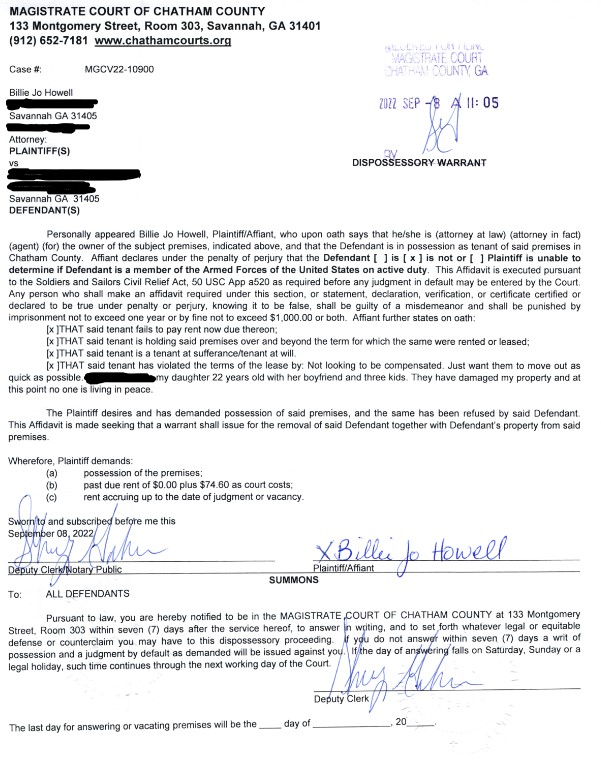 September 16, 2022 – Leilani Simon learned of the eviction notice. The Chatham County Sheriff’s Office mailed the notice to Simon on this date.

On or about September 26, 2022 – Leilani Simon received the eviction notice.

September 28, 2022 – The state of Georgia ordered Leilani to start paying child support to her mother. She was due to begin making payments of $150 per month starting November 1, 2022. However, the order stated the amount would be lowered to $100 if the number of children decreased. Use the arrow buttons at the bottom of form below to continue reading the order.


October 5, 2022 – At 5:29 a.m., Diana McCarta received a text message from Leilani Simon, the mother of the two children whom McCarta babysat each day. The text was brief, stating her services would not be needed that day. McCarta later told authorities the message was odd because she watched the kids even when their mother didn’t work. 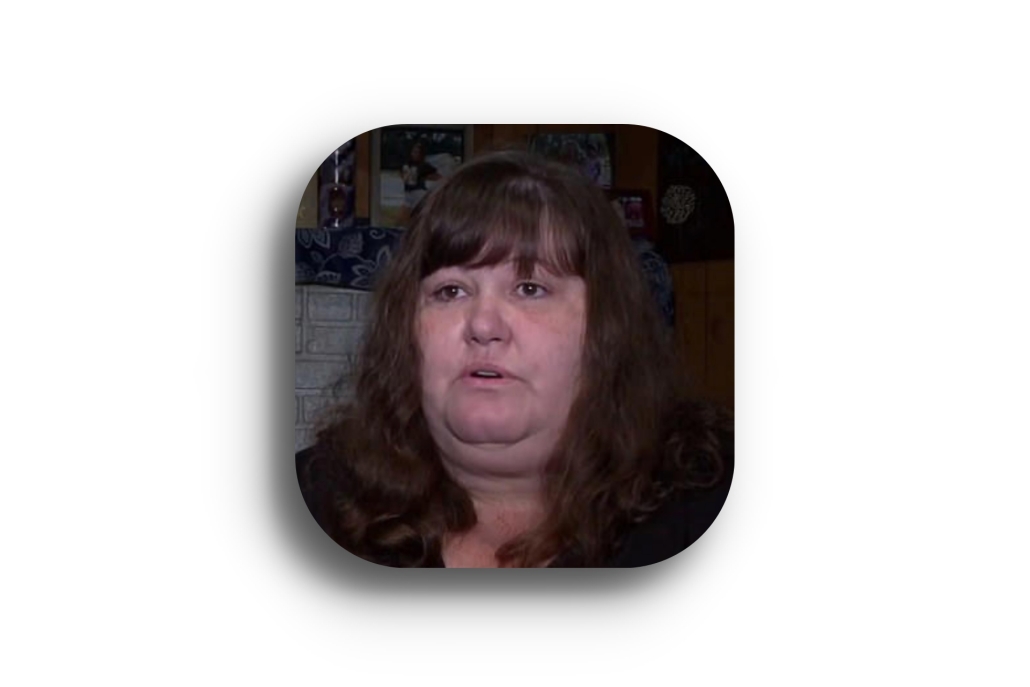 Leilani’s mother Billie Jo Howell was working out of town in Illinois when she learned Quinton was missing.

At 9:00 a.m., McCarta received another text, this one from a grandparent, asking if she knew the whereabouts of 20-month-old Quinton, who’d last been seen at 6 a.m. by Youngkin.

Shea Schrader of WTOC News was on scene to cover the events as they unfolded.

Bloodhounds are on the ground.

Police are limiting foot traffic in the area so the dogs have as clean of a scent to work with as possible. pic.twitter.com/6dvgs6LtfN 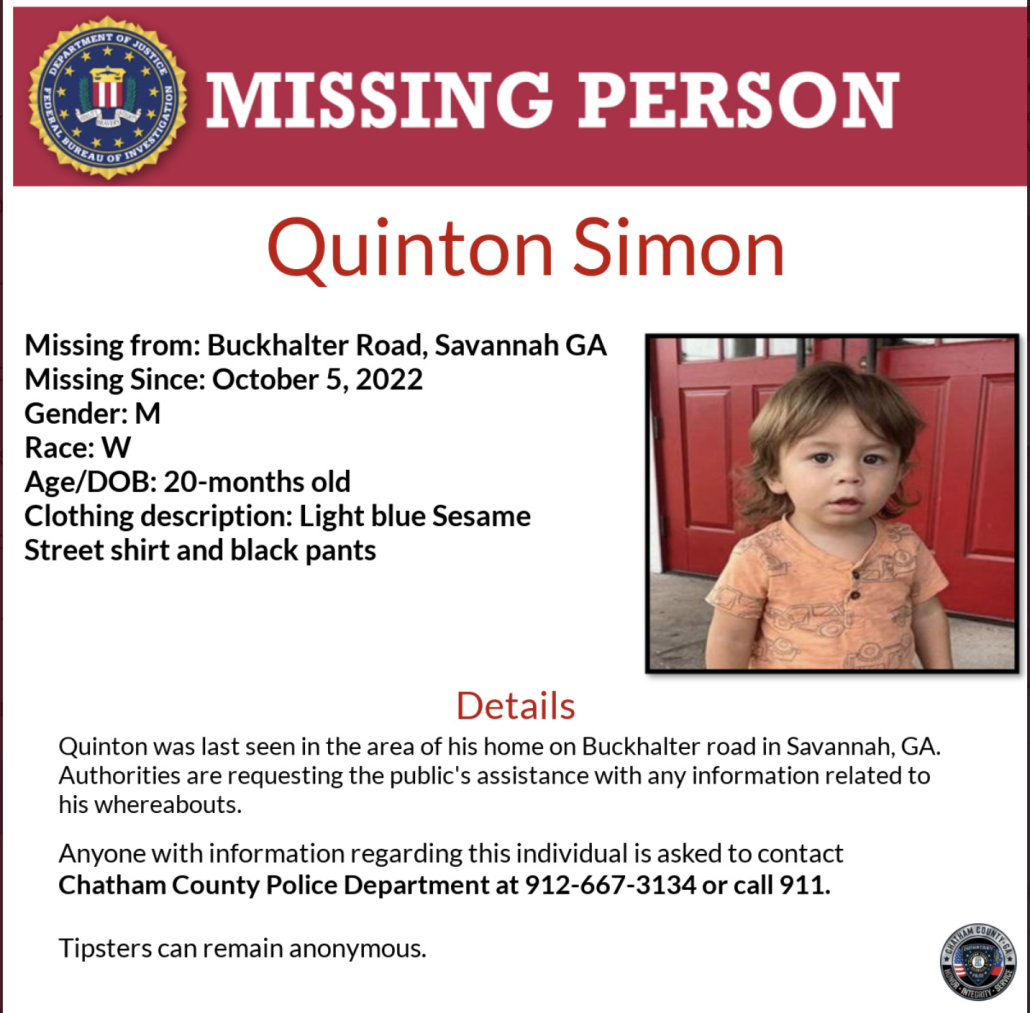 October 10, 2022 – Police search the Howell home for a second time, and they drain the backyard swimming pool.

October 11, 2022 – Law enforcement recover evidence they believe will move the case forward. It’s the first sign that a criminal case is likely.

October 12, 2022 – Police inform the family they believe Quinton is dead and that Leilani is the only suspect  in the child’s disappearance and death. 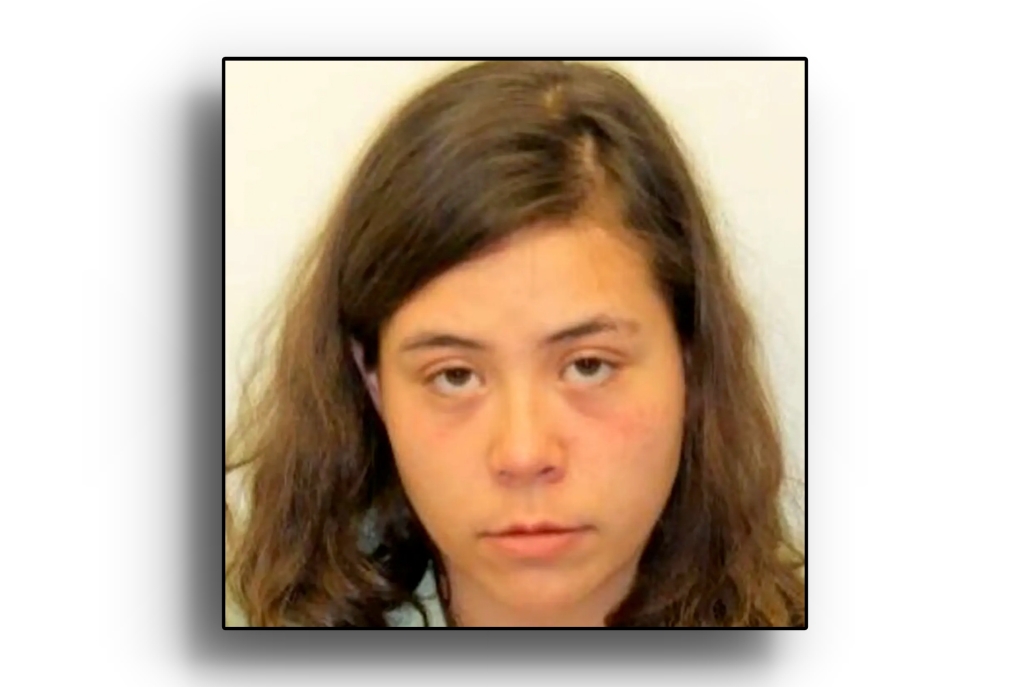 October 17, 2022 – Leilani Simon appeared in court pertaining to a custody hearing relating to her other children.

October 18, 2022 – Evidence leads police to believe Quinton’s body was thrown in a dumpster, and then unknowingly transported to the landfill via garbage truck. Law enforcement begin the painstaking search of the landfill. 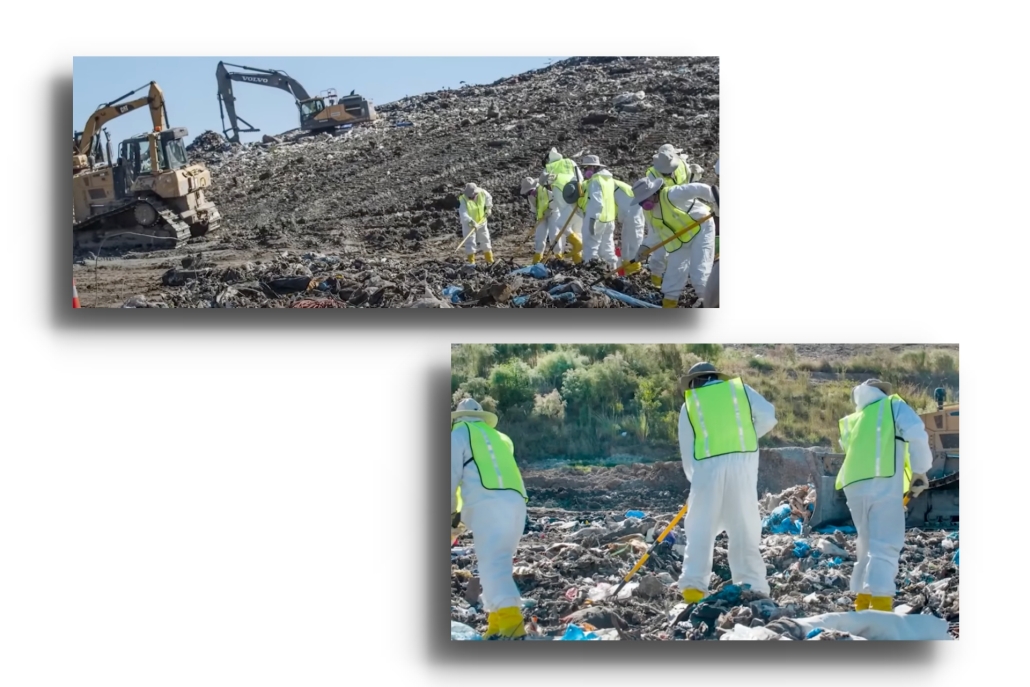 While landfill searches are only successful 5 percent of the time, law enforcement discovered what they firmly believe to be the remains of Quinton Simon, after meticulously combing through 1.2 million pounds of trash, one item at a time, over a period of 30 days

Later in the evening, as the FBI and local police were searching a Chatham County landfill for Quinton Simon’s remains,  Leilani Simon and her mother Billie Joe Howell, and a few friends were seen at STING RAYS, a Tybee Island beach bar. Tybee Island is 18 miles from Savannah proper.

WSAV news learned from the staff at STING RAYS that the group “took shoots, got flirty and even demanded one waiter’s phone number. The group allegedly ran up a tab worth $300.” This all occurred as the FBI and local police wrapped up their day of searching the Chatham County landfill for Quinton Simon’s remains, and while protestors stood in front of Howell’s home, demanding justice for Quinton.

November 18, 2022– Police discover possible human remains in the Chatham County landfill. Testing confirmed the remains were indeed human. Authorities are await DNA test results to confirm the remains are those of Quinton Simon.

November 21, 2022 – Leilani Simon is arrested and charged with murder, concealing a death, false statements in matters of government, and false report of a crime.

November 23, 2022 – Leilani Simon’s first court hearing took place at 11 a.m. Simon did not appear at the hearing. Instead, she was represented by her court appointed attorney who, on Simon’s behalf, waived her right to a bond hearing. Bond was subsequently denied by a Chatham County judge.

November 28, 2022 (today) – The FBI in Atlanta confirmed through DNA analysis that the remains found in the landfill belong to Quinton Simon. As a result, the Chatham County Police Department (CCPD) have ceased all search and recovery operations at the landfill, and officials are currently removing Command Post facilities from the staging area at L. Scott Stell Park.

*On November 2, 2022, Quinton Simon’s grandfather, Henry Dale Moss Sr., 61, was found lying off the road on Highway 23 in Burke County. He’d been struck by a vehicle that fled the scene, a hit and run driver. Moss was pronounced dead at the scene. 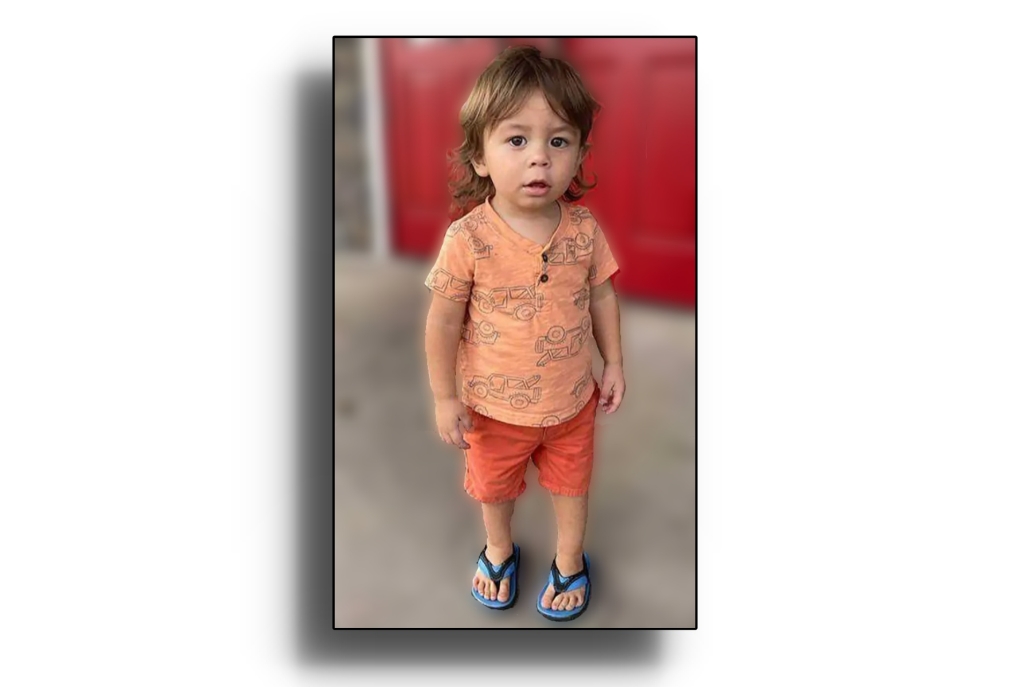