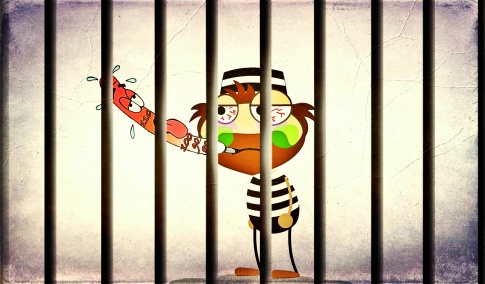 There’s more to locking up offenders than simply providing a place to sleep, two or three meals per day, and making certain those who are incarcerated remain behind bars until they’ve either served their time or a court sets them free. Jails are, among many other things, responsible for an inmate’s medical care during their periods of incarceration.

The U.S. incarcerates a staggering number of men and women each year, over 10 million if you’d like to place a figure on the number of people who enter “the system.” And, what many people aren’t aware of is that approximately half of all people who find themselves on the wrong side of the bars have some sort of serious chronic health condition. 64% suffer from mental illness. And nearly 3/4 of our nations jail’s population has a history of substance abuse.

Due to cultural, financial, and other issues, jail inmates are more susceptible to infectious diseases than people in the general population. They’re prone to sexually transmitted diseases and hepatitis. They’re more likely to suffer from cancer, blood pressure issues, conditions that cause strokes and heart disease.

Since jails have invariably become the destination for so many offenders who are ill, well, it is the taxpayer who must pay their medical expenses. This is a cost that’s expected to rise at an approximate rate of 5.5% over the next five years.

Therefore, some sheriff’s offices (sheriff’s are responsible for maintaining most county jails in the U.S.) are turning to healthcare insurance plans for their inmate populations.

Catastrophic Inmate Medical Insurance (CIMI), for example, is a policy that covers both arrestees and prisoners who require medical treatment when they’re away from jail facilities. Examples include injuries that occur prior apprehension of a suspect, and for those who may be taken directly to the hospital rather than the jail (injuries received during arrests—K-9 bites, falls, lacerations, etc.). CIMI has been around since at least as early as 1996, so this is not a new program.

According to the National Sheriff’s Association, “CIMI Coverage Benefits and Highlights include but are not limited to:

Deductibles as low as $1,000 per inmate, per plan year (eligibility requirements vary by state)

No minimum number of inmates (eligibility requirements vary by state)

Most “prior to booking” claims covered

Inpatient and Outpatient Hospital Services including:

Daily Hospital Room and Board”