They were still a ways behind him, he hoped. But they were coming. He knew so because every hair on the back of his neck stoodt attention, and the neck-hair test had never been wrong before. Not ever.

Glancing back over his shoulder he saw a Native American standing in the shadows—his next adversary appeared ready for battle. 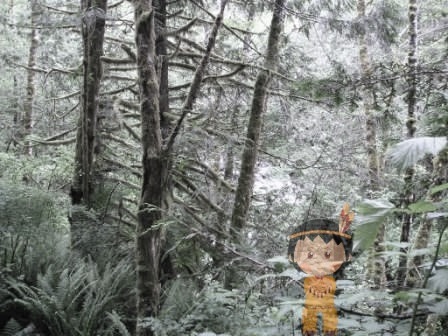