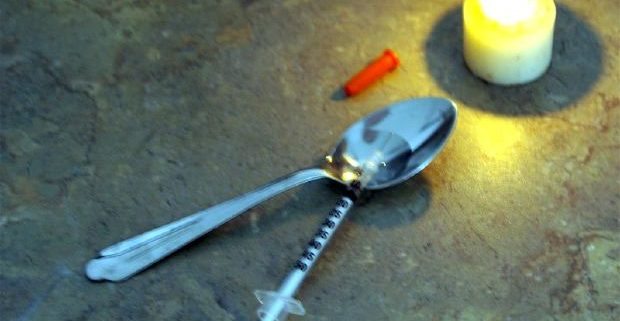 Philadelphia had the ball and were one score away from winning the game against Washington. It wasn’t that I was a big fan of either team but I’d watched the game from the opening kickoff, therefore I had a good deal of time invested in watching and I wanted to see it through.

There it was again. That voice. One of our kids must’ve had their tv volume turned to high. If it continued I’d have to speak to whichever teen culprit was hard at work damaging their young eardrums.

It was somewhere just shy of halftime when I’d kicked off my shoes, popped a bowl of popcorn, and poured myself into the couch. Denene occupied the end of the sofa on the opposite side of the container, and occasionally our hands met at mid-bowl.

I’d been working on a  particularly pesky case and my day had been long and it felt as if I’d walked a million steps and had questioned as many suspects and witnesses. Therefore, a night in front of the TV with my wonderful wife, with no thoughts of murder, guns, and wacked-out suspects, had been a most welcome thought. Until, that is, I once again heard the voice, the one I hadn’t been positively sure I heard the first two times.

“Sit your ass down so I can get this over with.”

Now I was certain  that “the voice” was coming from someone on the outside of our home and not from a blaring television speaker. And, before I could get to the window to see who it was that felt to yell and scream and disrupt the entire neighborhood during Monday night football, and why they were doing so, the living room curtains came alive with winking and flashing blue lights.

This, in MY neighborhood. My quiet and peaceful southern quintessential neighborhood with large, gnarly and stately oak trees , a lazy river that ambled and snaked its way behind the homes on our side of the street, a small country-style church with an A-frame tin roof and tall steeple, and residents who took the time to stop whatever they were doing to smile and wave at passersby. It, by golly, was a neighborhood where baker Jason “Honey, the cow done gone and laid an egg in your molasses patch” Smith would feel right at home.

I parted the curtains and peered outside. Our normally quiet street was littered with several marked patrol cars parked at various angles. Their strobes flickered and fluttered, with side-mounted spotlight beams stretching from each car until they all came together at the front porch of our across-the-street neighbors, an elderly couple who spent a great deal of their days there rocking and sipping iced tea from Mason jars that most likely once held vegetables from the meticulously maintained garden in their backyard.

I stepped out onto our front porch to have a better view of the goings-on. Yes, I, too, had become a member of the the looky-loo club, the folks who worm and squirm their bodies into position for a peek at whatever action that attracted the men and women who maintain absolute control of the “blue lights.” But I had to see. The force pulled my attention to the action. Besides, it was kind of nice watching the events unfold without being a part of it. Had I been involved I would have been the ranking officer and charge of the scene would have fallen to me. So I watched, standing in the cool fall air, wearing shorts, a t-shirt, and no shoes.

Uniformed officers  positioned themselves, as they should, behind their vehicles. Youngsters, the entire lot of them. One, a young rookie who’s haircut had the still-fresh buzz-cut look of an academy recruit, held a position at the rear of his car. A female officer who stood no taller than five-feet when wearing a pair of Bates tactical boots, had one foot inside an open car door with the other planted on the pavement behind an angled front tire. She used the space where the door met the car as a prop for her weapon. The expression on her face was a serious one.

Other officers were scattered about, willy-nilly, with one using an in-car microphone to bark out orders to the armed man who, at that point, paced the porch like a caged circus lion. His white-haired mother sobbed while his frail father rambled on about not having any money to give, especially to supply a drug habit.

The standoff went on for a while,—too long, actually—before I decided to stick my nose in it. I’d arrested the across-my-street gunman a couple of times in the past, mostly for minor crimes to support his drug habit. I knew him and he knew me. It was a start and that’s a place where we often begin … a start.

I walked across our front lawn (shoeless) and then out onto the street where a couple of the officers recognized me. I’d taught them officer survival and defensive tactics during their time at the training academy. I asked one of them to use their radio to let the others know I was there and planned to contact the subject. In other words, DO NOT SHOOT THE OLD GUY FROM ACROSS THE STREET.

I began my move by first calling out to the gunman from a position that was away from his parents. He turned to face me, with the gun, a .357 revolver, down at his side. I took a step out into the light so he could see me, and what a sight that must’ve been—t-shirt, running shorts, no shoes, and…that’s when I realized I had not grabbed a weapon when I left the house. I was unarmed. What a D.U.M.B.A.S.S. thing to do. And here I was, the veteran who taught officer survival tactics to other officers. This stupid move was more like officer suicide. Absolutely in sharp contrast to all rules, regulations, training, and above all … common sense.

I started talking to the young man. “Donnie (not his real name), how can I help you tonight?”

“Nobody can help me this time, Detective.” Good, he recognized me.

“I don’t know about that, Donnie. Tell me what’s bugging you and we’ll go from there.”

I moved a bit closer to the porch. Twenty feet to go. His face was peppered with beads of perspiration, in spite of the chilly night air, and his eyes were wide, wet, glossy, and rimmed in red. He constantly licked at his lips, and used his non gun hand to pick and scratch and rub the opposite arm.

“It’s going to stop tonight. I’m tired of it! Everything. All of it.” he yelled.” Tears leaked from his eyes and eased down his cheeks until they fell one by one to the concrete floor.

A few more steps. Five feet to the porch deck. Another six or so to where he stood. I tried not to look directly at the gun.

“If you’re tired of it (I was sort of certain he meant the drug addiction) let’s sit down and talk about it. I may have the answers you need. I think I can help.”

His finger slid into the trigger guard. His shoulders trembled. The slow trickle of tears had morphed into rivers. He glanced toward the street and then back toward his parents. I had to move, so I walked toward him. “Donnie, let’s talk. But first I’ll need the gun.”

The silence was deafening. The only sounds I remember were the faint clicking of the light mechanisms on the patrol cars as they controlled the flashes spins, and whirls, and that of my heart as it thumped against the inner wall of my chest.

I held out my hand as I walked (faster now).

He took a step back, but stopped and slowly began to raise  the hand holding the handgun.

There was no turning back at this point, so I continued my forward march.

Donnie raised his hand and turned the gun backward, handing me the butt end. It was over and I felt myself exhale. Officers ran to the porch to escort Donnie’s parents inside. EMS personnel followed them into the house where they tended to the distraught couple.

I remained outside where Donnie and I sat on a porch swing. We talked for quite a while before patrol officers handcuffed him and then led him to one of their cars.

A magistrate committed Donnie to a temporary stay in a psych unit where he was evaluated and released after a few days. He was charged for the incident at his parents’ house but the same magistrate saw no reason to hold him in jail, so Donnie was released on a PR bond.

Two weeks later I was working a controlled drug buy and heard a call come across my radio about an unconscious man lying among the leaves in the wooded area next to a trailer park. I was nearby so drove over to see if I could help out. It was Donnie, and he was not breathing and he had no pulse. I started CPR and, to my surprise, he came to after only a few minutes (seemed like hours to me). EMS arrived and whisked Donnie off to the hospital. Doctors told me he’d overdosed but would be fine in a few days.

I stopped in to see Donnie one afternoon and sat beside his bed for an hour or so. We chatted between bouts of his crying and forgiveness-begging. I wished him well and told him to call when he was released and I’d see to it that he received help for his addiction. As I headed to the door a couple of nurses playfully teased us about the “sexy” lip-lock Donnie and shared during the CPR. He laughed and I took his good spirits as a sign of better days to come.

Two weeks later another radio call came in about a possible overdose. This one was at Donnie’s apartment. I flipped on my blue lights and siren headed over. When I arrived on-scene, the lack of urgency on the part of the officers and EMS workers told me all I needed to know.

After a chat with the EMS folks and M.E., I got back in my car and drove to the house across the street from ours. The walk from the street to the front door was an extremely long one, and when the door opened and the faces of Donnie’s parents appeared, well … you know.