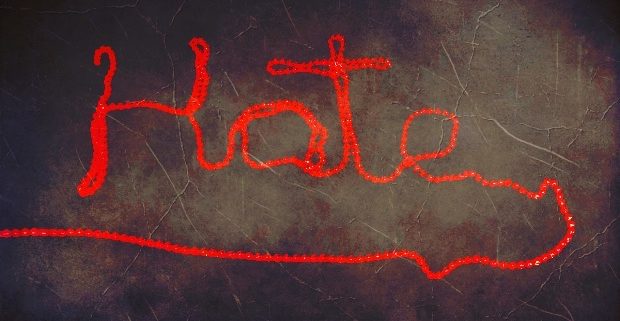 Mauricelm-Lei Millere, the founder of AADL – African American Defense League, has once again called for his followers to kill police. This is the same hate-monger who also called for the killing of police officers in the wake of the Alton Sterling shooting in Baton Rouge, Louisiana.

And just 36 hours after posting another call to kill officers, one of his followers, Micah Johnson, murdered five officers and wounded another nine at a Black Lives Matter march in Dallas on July 7, 2016.

Now, in the wake of the 17-year-old who was killed in an officer-involved shooting on June 19, Millere, AADL’s leader who refers to himself as “Minister Mauricelm X,” has once again sent out a demand that even more police officers be killed.

Here’s what he posted on the AADL Facebook page:

“We are on our way to Pittsburgh to apply the laws of an eye for an eye, in self-defense of our younger black brother, who was murdered [hours] earlier! We have no alternative! We must kill the police, that are killing our black children & Families In Self-defense!”

We’re arriving to Pittsburgh to ‘Right This Wrong!’ We are coming to Pittsburgh ‘To Die If Necessary’ in Self-defense But ‘We Demand The Life of The Officer That Killed Our Younger Black Brother or Any Blue Life Will Do!

We Are Seriously Considering Instituting An Annual Purge Against All Racist White Organizations, All Racist White Police, And All Their Ignorant, Conformed, Black Coons / Goons, for the sins / killings that are being committed against our people by such (both foreign and domestic )!”

We Will Die To Fulfill This Cause In Self-defense! May Allah Be With Us Until Whatever End!”

The post is no longer visible on the AADL page. However, the page does not lack in messages of hate. For example, a post that seemingly calls for the death of the officer who shot the teen in Pittsburgh last week .

Then there’s this call for another murder preceding by kidnapping or the purpose of killing. 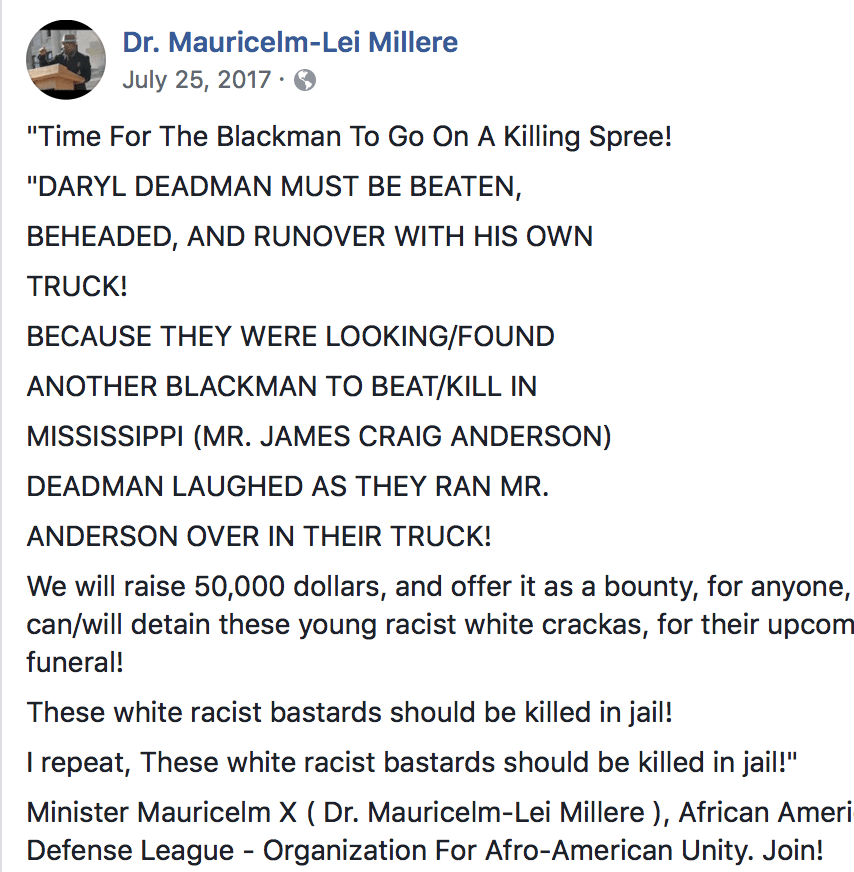 The hate-filled posts go on and on. But it is the current rhetoric about Pittsburgh police that is latest concern. Obviously, this man is far too cowardly to carry out his own threats. Instead, he offers inflammatory rhetoric to his followers hoping they’ll carry out the deeds. He’s a coward hiding behind tough words. Unfortunately, because of this man and his scum-filled mouth, five officers are no longer with their families.

So please be careful out there. Watch your backs and the backs of your fellow officers. Keep your eyes and ears open for ambush attacks, call for backup, and no matter how hot and uncomfortable they are, WEAR YOUR VESTS!!

This man is using Facebook as a means to send out these cries for the murder of police officers, yet the posts remain in place. Facebook is enabling this situation by providing a huge, free platform for him to spout this garbage. The page should be deleted and then the void that’s left would need a thorough cleaning with bleach to rid the internet of his evilness.

*As always, this isn’t meant to be political, racially motivated, or anything similar. It is, however, a hint for you to send a message to Facebook to protest this rot from causing more killings. So feel free to contact Zuckerberg’s team to let them know this sort of thing is not acceptable. In fact, to call for the killing of police officers is disgusting, despicable, and extremely dangerous.

How to send a complaint to Facebook regarding hate speech: