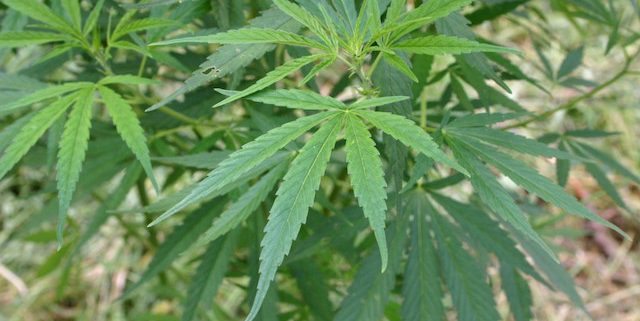 “Wash your hands thoroughly, man. You don’t want none of that pot leaking through your skin and messing with your head, you know.”

“Stop freakin’ out, Ralph. Mary Jane doesn’t do that,” said Detective Captain Kangaroo. ” You’re thinking of acid. I think you’ve been a narc far too long. You got jelly brain, or what?. You’re paranoid.”

Kangaroo leaned a shoulder against the wood-paneled wall in his office—his face just inches away from Farrah Fawcett’s toothy smile. The poster was his favorite wall decoration. “Ralph, the chief complained again about that loud hippie music blasting from your car when you drive into the parking lot. He’s threatening to take out the eight-track if you don’t dial Hendrix and Joplin back a notch.”

“Maybe he’d lighten up a bit if once in a while you’d play some Andy Gibb or Paul Anka. Hey, he likes Tom Jones. What about—”

“Tom Jones? Are you bugging’ out, or what?” Ralph walked over to the window and looked lovingly toward his undercover car, the sleek black vehicle that closely resembled the one Burt Reynolds drove in his movies. “Tom Jones. Unbelievable. Next thing I know you’ll be asking me to crank up a few Partridge Family tunes and ditch my Levi 501’s for a pair of Jordache’s, or a leisure suit. Well, I’m not doing it. I’ve got an image to protect. Catch my drift?”

“Look,” Kangaroo said, “I’m simply letting you know the chief has you on his radar. He thinks you’re burning out and I agree.”

Ralph, his anxiety clearly showing, twisted the obviously black mood ring round and round on his finger. When he’d first arrived the stone color had been deep blue. Stress and nervousness had edged out calm and cool.

“This whole scene is freakin’ me out,” Ralph said. “I bust my butt out there. It’s not a kid’s game of Rock “Em Sock “Em Robots, you know. Some of those dirt bags out there are as tough as G.I. Joe, the one with the Kung Fu grip. They’d as soon kill a Smokey as look at him. Yeah, I’m the Evil Knieivel of this department. I’m a little different. I stopped playing with Light Brights and Stretch Armstrong a long time ago. I’m not one of those folks you see on Little House on the Prairie. I’m a grown man and I know my job and how to do it, and you gotta do the things I do working as a narc in these times.”

“Well, he needs to mind his own potatoes. The man is a doofus, a real jive turkey who watches Happy Days in his office, the crazy crib with all that red shag carpet, where the Osmonds spew 24-7 from the little transistor radio he keeps on his desk. But I have a job to do and if it means doing it while riding a Big Wheel and cooking my meals in an Easy Bake Oven, well, that’s what I’ll do. But I’m gonna keep on truckin’, man.”

“Like I said, Ralph, and here’s the real skinny. I think you may have been under a bit too long for your own good,” said the captain. “You’re even starting to sound and maybe even think like them. Why, you’re practically a Deadhead. So I’m pulling the plug. Turning off your black light. Switching you from 45 to 33 and a 1/3. Handing you a chill pill.”

Kangaroo, having lost his cool, continued the rant. “So you’re getting a haircut and a shave today. I want you sporting’ a flattop next time I see you. Dig? Because you’re going back in uniform starting Monday. So why don’t you split, go back to your pad, get cleaned up, put on some decent threads, and report back to me this afternoon with the keys to the Trans Am in hand. Oh, and when you drive in, how about cranking up the volume on a little Carole King. She’s far out, you know.”

Okay, the above goofiness and overwritten scenario was a bit of a stretch, but how many of you were able to follow the conversation? Do you write or enjoy reading tales set back in those days? If so, perhaps those stories, and your actual lifestyle, included one or more of these things of the past.

6. Portable hairdryers (with the hose and plastic cap)

7. World Book Encyclopedias (I read these for hours at a time)

Finally, let’s not forget those revolving red lights used by detectives (“bubble gum machines”). They had a magnet attached to the bottom and most were powered by plugging them into the cigarette lighter socket.

Yes, I had and used one of those lights that stuck to a metal plate on the dashboard, and I remember how excited we all were when our department switched to blue lights. Still, you couldn’t see a thing with either those contraptions spinning and flashing inside the car. But we were so cool, man. Really groovy.

Okay, I gotta boogie now, so I’ll catch you on the flip side.

By the way, I’m stoked about a few new and very wicked and way-cool projects in the works. I’ll lay the sweet details on you guys very soon. Ten-four, good buddies?

Ocasek was not the lead singer on “Just What I Needed.” However; he wrote the song and did so while living in a basement commune. I selected this tune to feature because my band played it, a lot. In fact, it was one of our most popular and highly-requested songs. When audiences heard the first note of the intro—the E power chord—they packed dance floors. The song was absolutely a lot of fun to play for the simple reason that it seemed to put smiles on the faces of people everywhere.

I met Eddie Money several years ago in California. He and I remained in touch by email for a while after and, as life goes, our messages eventually stopped. He was an extremely nice man who loved life, his family, his fans, and his music.

Edward Joseph Mahoney changed his name to Eddie Money after an attempt to follow in the footsteps of his grandfather, father, and brother, who each served as officers with with the NYPD. However, the job simply wasn’t for him and he left police work for a career in music. Obviously the decision was wise.

Money and I once discussed that I someday use him as inspiration for a character in a book. He thought it would be a real hoot to see it happen. Again, life and procrastination got in the way.