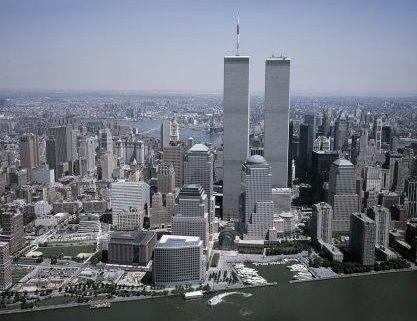 I was in high school when I watched the Twin Towers at the World Trade Center, open to the public. I like many others, admired the strength and dominance of the structures. They were the skyline of an eclectic city. Their absence leaves a void in the skyline, as well is in the country.

It is hard to believe that nearly two decades have slipped past me since that horrific day on September 11 2001. I was so looking forward to my daughter’s birthday and rejoining my family. I stood there at Emma Booker School that day as the President read to the children. Those same children that were unwelcome visitors to history, are now seniors in high school. They are now planning to embark on their college careers next year. On that day, one that seemed to never end. I arrived home long after my daughter had slipped off into slumber and was out the door before she had awakened. My days continued like that for weeks. Her birthday came and went without celebration.

Weeks later, we were finally celebrating her birthday with a visit to Universal Studios. I admired the resilience of the visitors to the park that day. We too had escaped the solitude that enveloped the country. Our joy was dampened, when I received the call to report to Ground Zero for a tour at the recovery site. The images, sounds and acrid odor linger with me a decade later. The scars in my lungs are a souvenir of my time spent on that hallowed ground.

While I dug through the rubble, I prayed everyday to help guide me to some discovery that would bring closure to a victim’s family. I believe it was those daily prayers that allowed me to escape without any emotional trauma.  I was comforted on a daily basis by those unselfish volunteers with the Salvation Army and The American Red Cross. I cannot begin to explain the difference they made and the strength they provided to all the rescue workers. 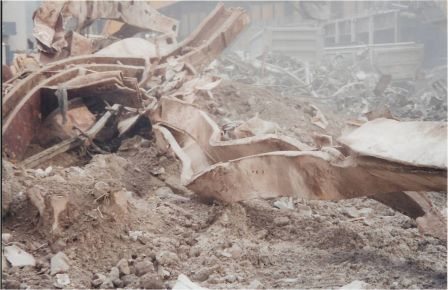 What surprised me most at Ground Zero was what did survive. Stacks of papers from financial houses, bone fragments, clumps of hair and a few articles of clothing. One garment that stood out to me, was a sweater probably worn by a twenty something year old female. When the victim slipped that sweater on that morning, she had no idea how her life would be altered within the next few hours. I am sure she anticipated  an uneventful day as she brushed her teeth and closed the door to her apartment  for the last time. She no doubt looked forward to a happy hour that would never occur.

It was a year later that I was sharing a gritty, dusty shipping container with nine other bunkmates in Afghanistan. I witnessed up close the impoverished countryside that had been racked by war for decades. I thought how quickly we take for granted the simple pleasures in life such as electricity, running water, heat, air conditioning, as well as freedom from oppression. Most of all, as I stared at the stars in the dark cold night, I appreciated life. 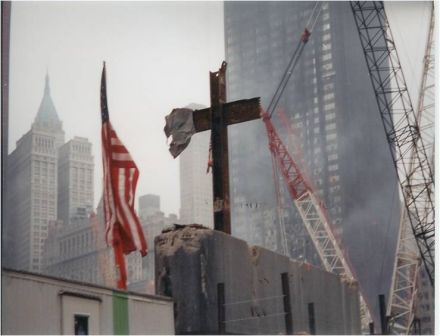 I wave the flag for all those victims and for their families that showed the courage to rise above the sucking vortex of life and make a difference in the world. Embrace life! While working as both a local cop and a federal agent, Mike Roche has spent over three decades chasing bad guys and conducting behavioral assessments of stalkers and assassins. He started his career with the Little Rock Police Department. He was assigned to patrol, street crimes and as a financial crimes detective. After ten years, Mike started his federal law enforcement career with the Bureau of Alcohol and Tobacco. One year later, he transferred to the U.S. Secret Service.

Throughout his career, Mike investigated financial fraud, counterfeiting, threat cases, terrorism and protection of dignitaries. Mike retired in 2012, from the U.S. Secret Service as a special agent after twenty-two years. Mike was noted for interpersonal skills while assigned as a liaison with the FBI, CIA, and local agencies. He is an adjunct instructor at St. Leo University, teaching Threat assessments of Lone Shooters and Risk Assessments of Physical Structures.

Mike Roche is the author of police procedurals, The Blue Monster and Coins of Death, as well the young adult romance/mystery Karma!. His most recent works are , Face 2 Face, a non-fiction work on Observing, Interviewing and Rapport Building, and Mass Killers: How you Can Identify, Workplace, School, or Public Killers Before They Strike.