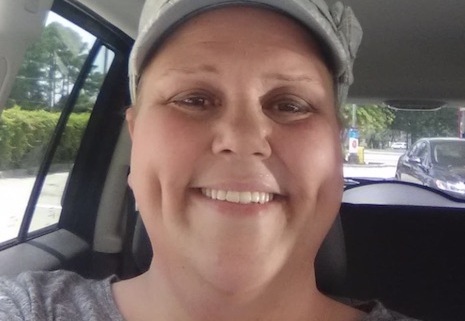 Last Friday our daughter’s home caught fire and was destroyed—the structure along with all of their belongings. Everything. They’ve also lost their two beloved dogs who were inside when the fire started. Fortunately my daughter’s family was not at home at the time the fire started.

Denene and I left home to be with them as soon as we tossed a few things into suitcases. We arrived there around 2 a.m. Saturday morning. I sat up with Ellen until after 4.

Many of you know that Ellen (our daughter, has suffered from serious cancer and
subsequent surgeries, chemo, and radiation during the past year. This is simply devastating. They had very little before the fire and now they have nothing.
Absolutely nothing. Even her expensive medications were destroyed, along with the wigs and hats she’d purchased after chemo caused her to lose her hair. And, the signed books, her cherished Kindle, and other gifts sent to her by each of you during her cancer treatments … are gone.

Tyler’s medal, trophies, and awards are gone. His clothing and shoes, gone.

TV’s and computers and tablets and X-boxes and games, gone. His wrestling gear and other prized possessions are no more.

Their fish tank and fish. Appliances … melted. In fact, the fire was so hot it melted the siding on their neighbor’s home, and it’s not very close.

But the biggest loss of all, to them, was the loss of their four-legged babies, their cherished dogs. Tyler tried to enter the fully-engulfed home to rescue the dogs but was tackled and pulled away by firefighters who, by the way, did go inside to complete the rescue. They performed CPR on both dogs but were unable to revive them.

So kind thoughts, well-wishes, and prayers, if you’re so inclined to do so, are much
appreciated.

Please, if you can. They need you! No amount is too small.