“Today, American citizen Brittney Griner received a prison sentence that is one more reminder of what the world already knew: Russia is wrongfully detaining Brittney. It’s unacceptable, and I call on Russia to release her immediately so she can be with her wife, loved ones, friends, and teammates.  My administration will continue to work tirelessly and pursue every possible avenue to bring Brittney and Paul Whelan home safely as soon as possible.” ~ President Joe Biden

In February 2022, WNBA basketball star Brittney Griner was arrested in Russia for bringing to the country two vape cartridges containing 0.252 grams and 0.45 grams of hash oil, a total of 0.702 grams. Griner said the hash oil was for her personal use and that she’d mistakenly packed the cartridges with her other belongings.

Mistake or not, according to Russian law, bringing the 0.702 grams of hash oil into Russia is considered smuggling a “significant amount” of “narcotic drugs or psychotropic substances.” The penalty for such an offense is a sentence of five to 10 years in prison.

At her July 2022 trial, which took place over four months after her February arrest, Griner’s attorney presented the court a U.S. doctor’s letter recommending she use medical cannabis to treat pain. However, both recreational and medical use of cannabis is illegal in Russia, and like the United States, ignorance of the laws is no defense in Russia. Griner pled guilty to the charges and was subsequently sentenced to serve 9 years in prison.

But more on Griner and her situation in a moment. First …

What Are Vape Cartridges?

Pre-filled THC oil cartridges are mini containers filled with oils extracted from marijuana plants. This extract is often referred to as hash oil. To consume the oil, cartridges are typically attached/screwed to vape pens or other similar devices. These gadgets contain a small heating element/atomizer that transforms liquid (hash oil, etc.) into airborne droplets.

To activate the battery-powered heating element, users simply press a button on the side of the pen. Some vape pens switch on automatically when the user inhales through it. With either method, embedded software and sensors take over operations the moment the element is engaged. The battery controls the temperature of the oil as it’s delivered to the user; therefore, all a user needs to do is press and hold the button and inhale.

Most vape cartridges hold approximately ½ to 1 gram of THC oil, which equals around 200-400 puffs, or so. 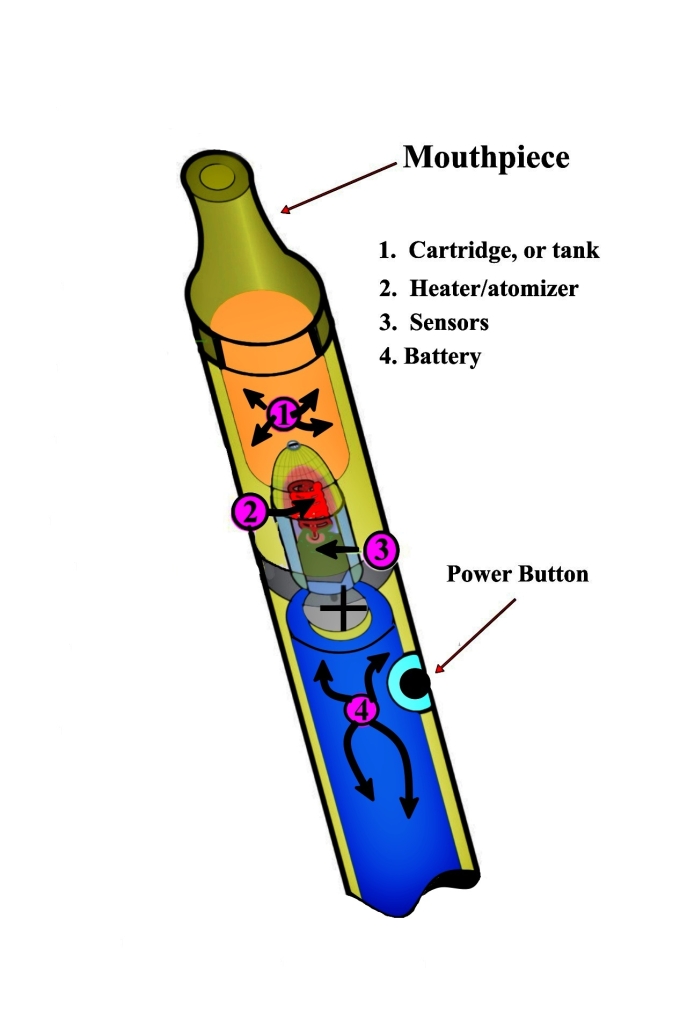 THC, or tetrahydrocannabinol, is found in the resin of the marijuana plant. Secreted by glands within the plant, it’s the chemical responsible for most of the effects experienced by users. These glands are abundant around the plant’s reproductive organs, more so than on any other area of the plant.

When consuming marijuana products, users take in THC. THC then attaches to the cannabinoid receptors in the brain. As a result, the THC activates those receptors which, in turn, affects a person’s sense of pleasure, sensory and time perception, movement and coordination, thought processes and concentration, coordination, and sensory and awareness of time.

In addition, THC incites cells in the brain to release dopamine, creating the sense of euphoria. It also interferes with how information is handled in the hippocampus, the part of the brain responsible for forming new memories. 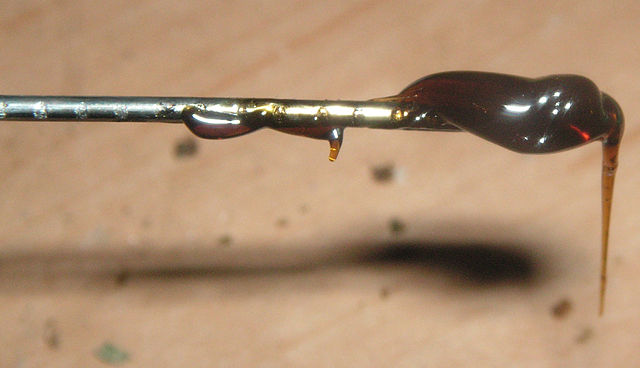 Hash oil comes from cannabis plants and, like other marijuana products, it contains THC. However, hash oil contains greater amounts of THC than typical marijuana, therefore it’s far more potent. For example, a few common forms of hash oil by name whose THC content are above 60%:

*THC percentages listed above vary depending upon the source.

For comparison, the average THC content in other marijuana plant products and plant material is roughly 12-20 % +/-.

“Hashish oil (hash oil, liquid hash, cannabis oil) is produced by extracting the cannabinoids from the plant material with a solvent. The color and odor of the extract will vary, depending on the solvent used. A drop or two of this liquid on a cigarette is equal to a single marijuana joint. Like marijuana, hashish and hashish oil are both Schedule I drugs.” ~ Drug Enforcement Agency (DEA)

Marijuana/cannabis is a Schedule I drug in the United States and, according to federal drug trafficking guidelines, any person caught traveling/flying/transporting hash oil is subject to arrest and incarceration.

Below is the U.S. Federal Sentencing Guideline for merely possessing one gram or less of hash oil (Griner carried/trafficked 0.702 grams into Russia). Keep in mind, though, that some U.S. state laws may permit possession of hash oil. But remember, as previously stated, it is illegal to possess any form of cannabis according to federal law. And trafficking it into the U.S. is a big deal.

Federal penalties regarding possession of small amount of hash oil

Now, with this said, let’s circle back to President Biden’s statement for a moment.

“Today, American citizen Brittney Griner received a prison sentence that is one more reminder of what the world already knew: Russia is wrongfully detaining Brittney. It’s unacceptable, and I call on Russia to release her immediately so she can be with her wife, loved ones, friends, and teammates. My administration will continue to work tirelessly and pursue every possible avenue to bring Brittney and Paul Whelan home safely as soon as possible.”

Again, Griner clearly violated Russian law. Why are President Biden and other government officials not offering the same help to the folks serving time in U.S. prisons and jails for similar or identical offenses?

What is it that makes Griner deserve her freedom over an individual who’s not of high-profile status? Why are U.S. prisoners who are/were convicted of violations of cannabis laws not wrongfully detained but Griner’s arrest and incarceration is woefully egregious?

Is this not a prime example of the double standard of what’s good for some is not so hot for others?

Some say when the rich and famous use drugs it’s cool and chic and fun. However, when poor people use drugs they’re a blight on society and, well, lock ’em up.