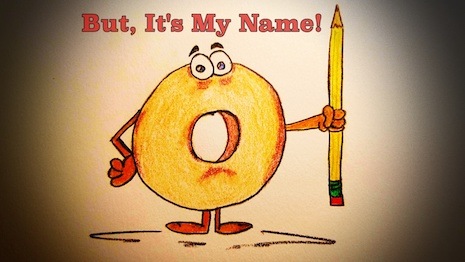 I’d like to take a moment of your time today, please, to address the recent concern expressed regarding the spelling of the word “Donut” in the title of the Writers’ Police Academy’s short story contest.

Also brought into question is the manner in which the Golden Donut writing contest is judged. Let’s first begin with the word “donut” and why this particular assemblage of letters was selected.

While the spelling “Doughnut” is the more widely used spelling of the circular, hole-in-the-middle tasty treats often enjoyed by both police officers and writers, “Donut” is also considered as an acceptable spelling.

The latter spelling of the word is often used when referring to the maneuver performed by drivers who spin their cars in tight circles, going round and round in a plume of smoke created by the melting and burning of rubber tires as they rub against asphalt or concrete surfaces. This is a trick known as “Doing Donuts.” Or, of course, “Doing Doughnuts” is perfectly acceptable.

Since the WPA’s 200-word contest is offered by a police-themed event, featuring stories that are so brief that they must be written tightly and precisely, much like the well-formed tight circles resulting from “doing donuts,” we chose the tongue-in-cheek option of Golden “Donut” as the title of the popular contest.

“In most dictionaries donut is an accepted spelling variant of doughnut. The spelling of donut without the “-ough” has appeared in enough textual references, and been made popular by brand such as Dunkin Donuts, to the point where it has widely become an accepted version of the glazed treat.”

“We’re not the only ones; it looks like any dictionary worth its salt includes it. Here’s why donut is included in our dictionaries.”

“We’ve been encountering the variant donut in published, edited text since the mid-20th century. It was certainly helped along by famous doughnut purveyors – both Dunkin’ and Mister – but in truth they and all who’ve accepted the variant were following in a tradition of phonetic-based spelling reform also embraced by the likes of Benjamin Franklin and Noah Webster.”

“The Salvation Army established the first National Donut Day in 1938 in Chicago.”

“Donuts and “doing good” have always gone hand in hand. During World War I, Salvation Army “Donut Lassies” served donuts to soldiers. Today, we continue to celebrate their work by delivering the sweet treat to those in need – and to donut lovers across the country.”

Finally, we selected the name and its spelling mainly because we liked it, much like people all over the world choose names for their children. Such as the celebrities who named their offsprings…

Who knows, someone may someday decide to name their kid Donut simply because the name strikes their fancy.

“Here comes good ole Donut Duncan. He’s got six toes on his left foot and seven on his right. I hear tell his uncle Darby’s got ten toes on each foot and can swim like a duck.”

“Look out, there’s Donut Dahmer. He’s Jeffrey’s first cousin, you know. And they say “IT” runs in the family!”

Before addressing the recent complaint, I first would like to point out that we receive tons of entries each year. And, while each are wonderful stories, only one can be the winner. In fact, so many of these stories are so fantastic we are currently trying to work out the details to publish many of the past contest entries in a Golden Donut anthology.

But back to the complaint.

I’ve served as a judge for major writing awards, and it’s no picnic when it comes down to selecting a winner. So I feel the pain that our judges experience each year. Fortunately, the stories our judges read are not connected in any way to a person. Instead, the short tales speak for themselves. They’re nothing more than words on a page. Letters arranged in such an order that tell a story about an image we provide as the basis for each tale. The authors’ names are not attached to any of the stories sent to judges.

Yes, the Golden Donut contest is judged blindly, with absolutely no means whatsoever of bias or cherry-picking of stories. Each story received arrives through the WPA website where our software randomly generates a number that is assigned to each entry. The assigning of numbers to the stories is computer generated and no one, not a single person/human who’s associated with the contest or event is involved in this process. An independent entity—the software program installed for the purpose of randomly assigning of numbers—handles this stage of the contest .

Once the contest deadline is reached, the individually numbered stories, minus the authors’ names and contact information, are then sent by the independent body to a panel of pre-judges who screen the stories for word count and quality of the stories. Then they select their top 12 favorites. This year, however, there were a couple of ties based on judges scores. This resulted in a top fourteen entries instead of the standard dozen.

Those top fourteen anonymous tales were again checked for word count and were then sent to the final judge, bestselling author Heather Graham, a judge who also did not know the names of the story authors. Heather Graham read all fourteen tales and from them selected her top three favorites – 1st, 2nd, and 3rdplace. She sent the top three back to us, still by number and title only.

Again, the author names were withheld throughout the entire process. Even I didn’t know who’d won until the very end when it was necessary for me to know so that I could order the trophy.

So there’s that. Now this…

AFTER MIDNIGHT: TALES FROM THE GRAVEYARD SHIFT … the contest

Additionally, it was brought to my attention that someone believed the judging for the AFTER MIDNIGHT short story contest was in some way biased, rigged, or that we’d cheated in favor of certain authors. They even went as far as to claim the entire contest was a scam.

The judging process for AFTER MIDNIGHT was nearly identical to the Golden Donut contest. Each story was assigned a number and those nameless stories were sent to a panel of readers, a group composed of both authors and non-writer fans who enjoy reading mysteries, thrillers, romantic suspense, etc. This group of readers scored each entry on a scale of 1-10, with 10 being the highest score.

When all stories had been read the scores were tallied and the top tales were then sent, again, minus the author names, to the publisher, Level Best Books. And it was the publisher who determined the top two stories from the batch with the highest scores. The Writers’ Police Academy staff and judges/readers played no part in the final selections.

The two winning stories were published in the exciting new book AFTER MIDNIGHT: TALES FROM THE GRAVEYARD SHIFT, which, by the way, was advertised last weekend as one of Amazon Prime’s selected Mystery, Thriller & Suspense books. 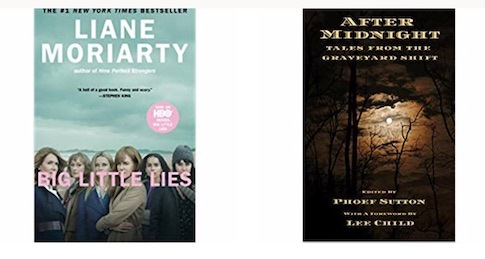 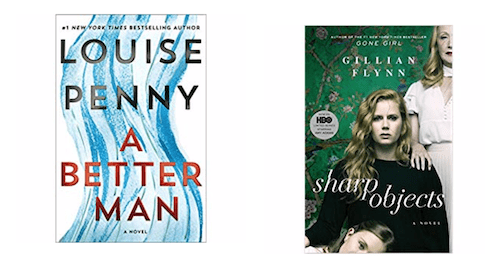 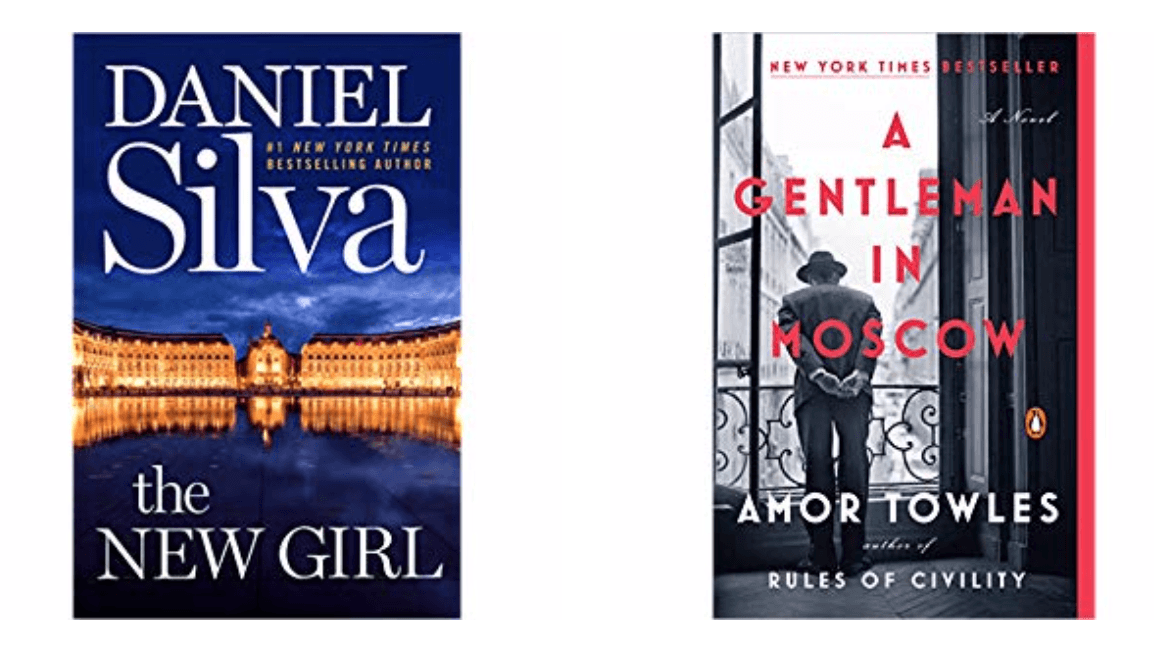 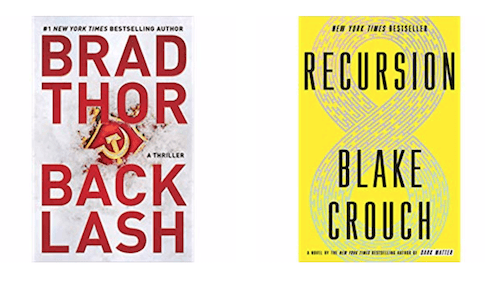 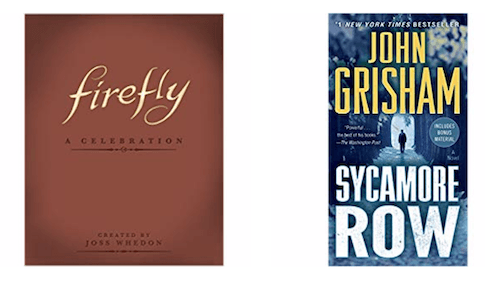 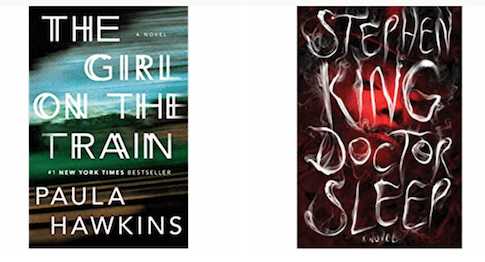 I’d also like to say that the Writers’ Police Academy’s contest judging is at the highest standard possible. Using the software available to us leaves not a single shred of an opportunity to commit a misdeed. Besides, even if we could, we wouldn’t. Our goal is simple—to produce a quality event designed to help writers achieve their goals and dreams. And that’s what we’ll continue to do until the time comes to turn off the lights and shut lock the doors behind us for the final time.