Tag Archive for: don’t be a target 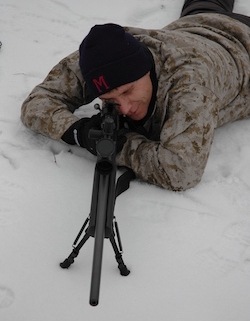 “Shots fired! Officer down! We’re taking rounds from somewhere but we don’t know where! It’s a set up. Send help. Now!”

However, there are some things officers can do to protect themselves. Like assessing all situations before plowing in head first. But that’s just plain old common sense.

The best avenue for safety is to think like the bad guys. Be creative. How would a crook set up an ambush? What are some scenarios that would lure a police officer into the spider’s lair? 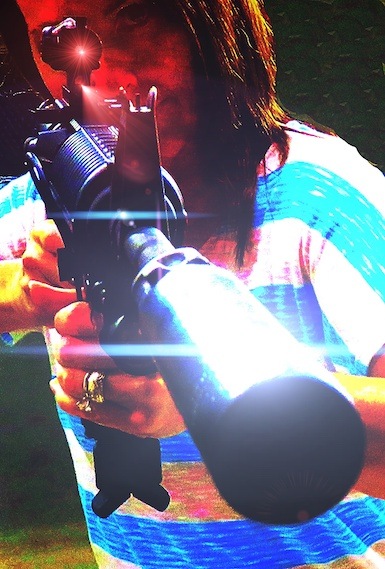 Well, this should all come as second nature for a cop. After all, police officers ambush bad guys all the time, and they’re quite good at it too. But most officers probably never considered that ambush is one of their best tactics.

Let’s compare a crook’s ambush plan to a police officer’s plan of attack when arresting a dangerous suspect. Any similarities?

1. Good guys –  Police officers gather intelligence on the suspect before moving in.

Bad guys – Study the habits of their police officer target before making a move.

2. Good guys – Before attempting to arrest a dangerous suspect try to get him alone, away from partners.

Bad guys – Before attempting to kill a highly-skilled police officer try to get him alone, away from his partners.

3. Good guy – When making the arrest always be in charge. Go! Go! Go! Stay on the offensive.

Bad guy – Don’t wait for the target to make a move. Be aggressive. Go! Go! Go!

4. Good guy –  Get the suspect on your turf and terms. Maintain control of arrest/take down location.

Bad guy – Get the cop off balance. Take him out of his element. Call 911 and report a crime in a deserted area. Maintain control of kill zone.

6. Good guy – When the time is right go with all your might. Take ’em down fast and hard.

Bad guy – Cut him no slack. Take him out, fast.

What’s the best defense against an ambush? 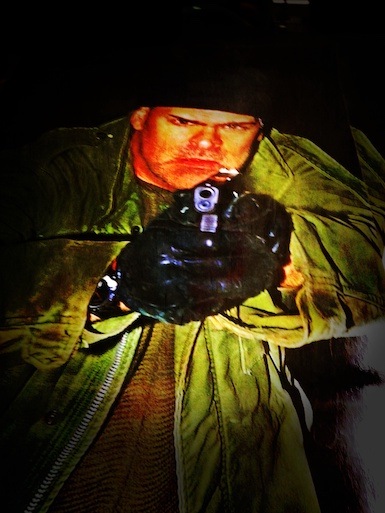 1. Always assume that someone could be waiting to ambush you. Don’t take a risk to save time, or because it seems foolish to take an extra precaution. Being teased by fellow officers is much more appealing than having your kids grow up with only memories of a parent.

2. Habits are costly. Never stick to a routine. Change the route you to take to work/home. Don’t eat at the same restaurant every day. Don’t sit in the same booth. Don’t stop at the same coffee shop on the way to work each morning. Don’t jog the same path after work.

And never, ever sit with your back to the door. Always, always, always sit where you can see all entrances and exits. If possible, have a quick look at everyone who enters. Note their body language and demeanor.

3. Don’t enter locations/situations with only one way out. Always have a retreat strategy and plenty of backup.

4. Look for things and places you can use for cover BEFORE you need it.

5. Go with your gut. If that extra cop sense tells you not to go, then don’t. Wait for back up. A cop’s instinct is usually on the money, so believe in it. Trust your gut and trust your training!

Finally, it’s not your job to be a hero. Your duty is to protect the public. Besides, a dead hero is never anything more than, well, dead.

Let’s see how well you do with a common scenario that officers often encounter. Good luck, and remember the tips above.

The call is at 1313 Mockingbird Lane. The caller, a Mrs. Munster, reported that her husband has been feeling a bit green with jealousy and has threatened her with a gun several times during the past few days. In fact, he’s waving one around right now, she says, and tells the dispatcher to please hurry before he kills somebody.

Officers respond. A neighbor meets them at the curb, telling them she heard lots of screaming, yelling, glass breaking, and what she thought was a gunshot. The patrol cops thank the neighbor and ask her to go home where she’ll be safe. Then they knock on the Munster’s front door.

Ms. Lilly Munster answers (she has a black eye) and says her gun-waving husband is now calm and is in the bedroom watching his favorite television show, COPS. She says everything is okay and then invites them inside to have a look. But she seems nervous. Very nervous.

What should the officers do? Immediately go inside to speak with Mr. Munster? Wait for back up and then storm the house? Order Mr. Munster outside? What about Mrs. Munster? What happens to her?

Please share your thoughts and ideas in the comments below.

Obviously, officers cannot predict and/or prevent every bad situation. But using caution, training, and common sense are crucial elements of living to see another day. 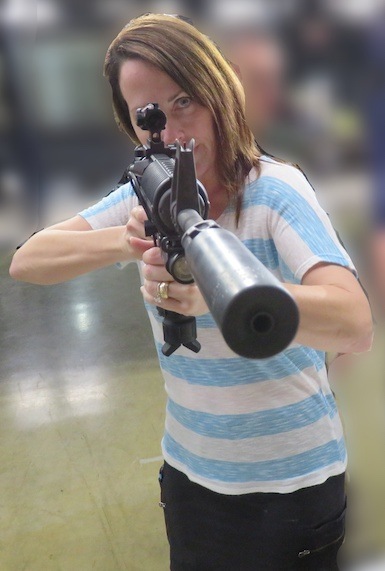 Thanks to author Kendra Elliot for allowing me to photograph her during her time at the Writers’ Police Academy firing range. That’s Kendra at the right (and above), taking aim. I was not harmed even though Kendra is a crack shot. Of course, the rifle was not loaded nor was I standing in the line of fire. Instead, we’re simply good at staging photos.

Also on the WPA firing line was author Melinda Leigh (below left). 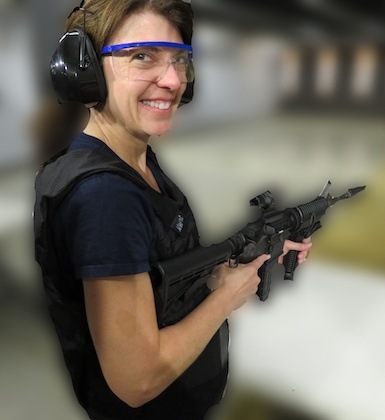 Both she and Kendra are longtime loyal sponsors of the event and we deeply appreciate their continued support.