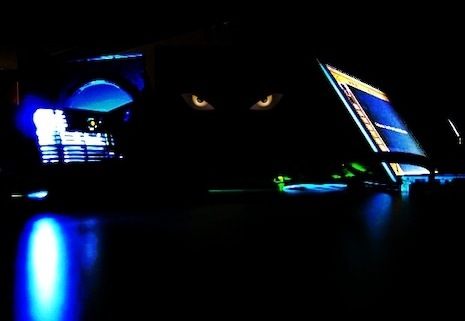 I’m sure most of you have heard of the “dark web,” the creepy and ooky, mysterious and spooky part of the internet that isn’t indexed by search engines. It’s the place where interested parties can buy credit card numbers, usernames and passwords, guns, phony money (counterfeit), login information to bank accounts, and fake IDs and intellectual trade secrets. Heck, even a lifetime Netflix premium account sells for under 10 bucks in this secret place.

In addition to the holiday gift items listed above you could also hire criminals to attack computers for you. Yes, if you’re stuck as to what to get that hard-to-buy-for “someone special,”  well look no further because there’s something for everyone on the dark web. If corporate espionage and IP theft are your thing, they’ve got it. Drugs? Yep. Actually, the list of “things” for sale on the dark web is practically endless, including “Help Wanted” ads for the folks who kill for a living.

Hui Kim Seng was caught by police before the murder took place and, as a result, he later pleaded guilty to one count of intentionally abetting Camorra Hitmen to kill Han Shen. He was sentenced to five years’ jail on September 18, 2019.

Yes indeedy, all one needs to hire an online hitman is to let your fingers happily dance across the keyboard using, of course, the Tor browser. You continue your search until you land on, as did Allen Vincent Hui Kim Seng, the Camorra Hitmen site.

Once you’ve reached the Camorra website you’ll then need to open an account, after which you’ll type out your request(s)—I want someone to torture and kill my boyfriend/spouse/girlfriend/neighbor/boss/ex/priest/girl who rejected my request for a date back in junior high school , etc.

The next step in the process is to send a predetermined payment fee, in bitcoin, along with a photo of the intended target. Then it’s goodnight Irene … or Sally, or Billy, or Ralph or, well, you get the idea.

Murder For Hire By Internet—Science Fiction or Reality?

As a result of their investigation police discovered that the two suspects were hired to carry out the killing of the high-ranking officer. They were allegedly paid a sum of one million rubles (just over $16,000 U.S. dollars). The person suspected of hiring the pair goes by the pseudonym Miguel Morales. It was he who was being investigated by Lt Col Shishkina, and it was he who ordered the hit. “Miguel Morales” is an owner of a drug-dealing site on the dark web called Hydra, which, according to police, is where the order to kill was placed.

It was in August 2018, when the 17-year-old, the younger of the two suspects, allegedly a posted on the Hydra platform, looking for “work.” A few weeks later he received a reply, a request for a private messaging address. Soon, details of the contract killing were allegedly discussed.

Officials believe the 17-year-old split the money received—400,000 rubles for himself and 600,000 to his partner, Mr Abdulazizov. It was to be Abdulazizov’s job to do the actual killing. To do so he used a car-sharing service to travel from St Petersburg to Moscow, where he picked up a pistol and ammunition from a “drop box” placed in a predetermined location, a wooded area in a Moscow suburb. Then he booked a hotel room near Lt. Col. Shishkina’s home. He waited there for further instructions.

Then, using the Telegram messenger app, the 17-year-old sent Abdulazizov the name and geolocation of Lt. Col. Shishkina. Meanwhile, Abdulazizov used his downtime learning how to load the weapon by studying YouTube videos.

On the day of the murder, at 6.30 a.m., Abdulazizov allegedly told investigators he ran around the back of Lt Col Shishkina’s home where he quickly approached the officer from behind, and fired twice at close range. She died minutes later. It was said that she passed away in her husband’s arms.

Abdulazizov and his teen accomplice were arrested on March 12, 2019.

This case is only one of a few known online murder-for-hires. The question, though, is how many have occurred that remain undetected?

So all you mystery, thriller, and suspense writers out there, this little tidbit of information should send your brain cells into a tizzy. And all this time you believed that only you could think of a murder scheme as bizarre as online hitmen.

As they say, truth is stranger than … well, you know.