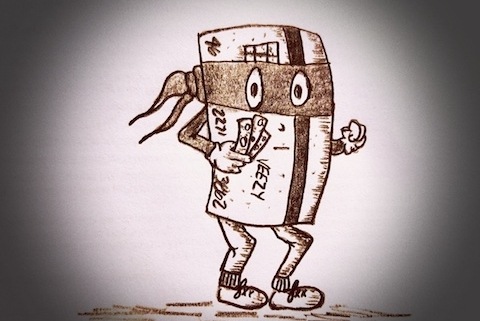 For the second time in a short timeframe, my credit card information was stolen and used by dastardly crooks who used the numbers to make various purchases. The first time was for shopping sprees at a popular electronics outlet and a well-known clothing store.

I’m guessing there was a plot in play. A scheme that required the genius of Einstein and the well-honed plot-planning of Agatha Christie, or Jeffery Deaver. The latter, of course, is a plotter who strategizes over each and every word until every single letter and minute meticulous detail leads to the conclusion of his latest twisted tale.

Not a wasted word in a story crafted by either of those two, unlike what you’re currently reading here on this blog. I do tend to ramble, don’t I? Well, the reason I do is because when I was a small child back in the hills, where my father was a sharecropper and when our old mule, a feisty and stubborn beast who believed the command “stay” meant “go” and “plow” meant to “drink” … oops, there I go again.

Okay, back to the credit card thing …

I know this dastardly plot to be connivingly devious because, as a detective whose finely-sharpened crime-solving abilities once brought to justice the man who accidentally left his wallet and ID at the scene of a robbery, I recognized a couple of very important clues. I know, Sherlock has nothing on me.

Clue number one. The thieves first bought devices that could be used to play the soulful and romantic music of greats such as Barry White and Al Green, or perhaps the criminals’ turn-on-tastes were more along the lines of Enrique Iglesias or Teddy Pendergrass. My banker agreed and expressed those feelings to me during our cancel-my-card-and-issue-a-new-one phone call.

But, whatever those feel-good-musical leanings may have been, I believe they were the setup for part two of their operation. Their intended goal … dating sites. Their true destination and destiny. To find the love of their lives, even if it meant calling again and again and again, over and over and over, to a variety of numerical combinations and hotlines.

So, once again, my bank alerted me to the suspicious activity and asked that I immediately give them a call. And, once again we cancelled my card and the bank sent a new one. During our phone chat, the fraud department representative detailed several methods of ID protection that I should incorporate into my daily life. All were sound ideas, of course, including keeping my card in a safe place and out of the reach and hands of bad guys. Great information.

So they, the mysterious people behind the curtain of the bank’s fraud department, promised to overnight me a new card with instructions that I must sign for the package. It couldn’t be left on a doorstep. Again, this was after a sort of stern lecture as to how I could better protect myself from identity thieves (as if I don’t know). But I listened politely to the words I’ve spoken to many and various groups over the years, and to people whose fraud and identify theft cases I investigated.

And then I anxiously awaited the arrival of my shiny new credit card. During my wait, since we’re currently living in a hotel while waiting to close on the purchase of our new home, I wanted to be sure to pick up the card at the front desk before it had a chance to accidentally disappear into the deepest and darkest corners of an office supply closet or onto one of the housekeeping carts.

So I monitored the tracking information as the package made its way from the place where tiny hands stamped tiny numbers onto tiny pieces of plastic, to the shipping department, to the first package arrival station, to the next place, and the next, and then onto the delivery truck bound for our hotel.

Finally, the tracking message switched to “DELIVERED.” So I hopped onto the elevator and rode the speedy claustrophobic box down to the first floor where I approached the desk and requested my package. To my surprise, the assistant manager said that no parcel had arrived for me. So I waited for a moment, fully expecting a brown-suited delivery-person to jog through the front doors, as they do, always moving in fast-forward. But nothing.

So I hopped back onto the elevator, rode back up to my floor (this trip was far slower, by the way), where I again checked the progress of my package in case I’d misread or misinterpreted the message. Nope. DELIVERED was the message. Now, however, a memo was attached that read, “Left at front door.” Surely, I thought, the bank, who’d been so adamant about credit card security hadn’t given instructions to leave a credit card outside at a business address. They knew I was residing in a hotel and they’d demanded that someone receive it in person and noted so by having someone sign for it.

So back to the elevator, back to the lobby where the manager gave me side-to-side “no” shake of the head, and out the automatic front doors to see if I could locate a package that had been left outside at a busy hotel where guests streamed in and out like ants busy at whatever it is that busy ants do.

Back to the elevator, up to my floor and to my room. This time I called the office number of the brown-outfitted, jogging delivery folks. Yes, they told me, they’d left the package at my front door. But, I protested, the package required a signature and it had included my name, the name of the hotel, and my room number.

No, the woman told me, the package was merely labeled with my name and a street address. There were no signature requirements included.

So now my shiny new card, the one sent to me to replace the one whose number had been stolen and used for who knows what purposes at this point, was missing.

And then my cellphone rings. It’s the woman from the company of the brown-shirted delivery people. She knew the location of my credit card. She went on to say their driver left it on a doorstep at a private residence, and before I could blow my top she said she could lead me to the home of the STRANGERS who now possessed the shiny and new, plastic gateway into my finances.

Out I go, into the elevator, down to the lobby, past the assistant manager still shaking his head from side-to-side, out the whooshing, sliding front doors, and over to my vehicle, with the helpful lady from the brown-shirted delivery company still on the phone.

She tells me to drive first this way and then that, and then over there and right there, right in the curve is the house where my package lay resting on the front step. So I get out of my vehicle and walk past a group of chatting neighbors whose kids were screaming and crying and poking one another with fingers and short and skinny tree limbs, climbed those steps leading to the door belonging to people I didn’t know, and lo and behold there it was,  a package with my name and the address of the hotel plainly stamped on the label.

I nor my package were nowhere near the hotel.

I scooped up the cardboard envelope and knocked on the front to door to alert the residents that I wasn’t a mail-stealer and that they weren’t victims of package theft, but no one answered. So I passed back by the chatty neighbors who hadn’t batted an eyelash at the fact a stranger with California tags on his vehicle had just swiped a package from the porch of their next-door friends. The no-shirted dirty kids were still crying and still stick- and finger-poking as I pulled away from the curb.

Then it hit me … how was it possible that the helpful lady from the brown-shirted delivery company was able to guide me to my package with such pinpoint accuracy? And why was it that, in spite of giving me such a stern lecture about ID theft and protecting my credit card, the folks at the bank who mailed it did NOT include a notation of someone having to sign for the package and, why and how would a delivery driver simply drop off a package at an address that was nowhere near where it was supposed to go at an address that wasn’t even close either numerically or in spelling to the address for which it was designated?

So yeah, welcome to our new hometown, where both of vehicles have been dinged and dented and where not much has gone as it should, including today when we have tickets to a local college football game. A sold out venue where tickets are extremely hard to come by. Tickets that include VIP parking and a tailgate party.