Writers generally fall into one of two categories, panthers or plotters. Writers, you share these traits with killers, and this could be the reason your books are so devilishly delightful.

A plotter starts each writing project with a plan, and before typing the first word of a new story they know how and why each action happens. They have a clear picture of their characters and setting. Plotters generally know where they’re going and how they’ll get there. They also know where and when they’ll stop along the way.

Plotter’s offices are decorated with multi-colored stick notes (red for character A, blue for character B, yellow for character C, etc.), and photos of celebrities cut from People magazine to use as inspiration for characters. Neatly organized stacks of notebooks filled with research material stand at ready on the surfaces of uncluttered desks. Pens are lined up next to keyboards, like sardines in tin cans. A predetermined word count must be reached each day.

A great example of a true plotter is top bestselling author Jeffery Deaver. Jeff once told me that he conducts extensive research and plotting for six months or longer prior to writing the first word of a new book. He’s extremely meticulous and organized, and records massive amounts of notes. Yet, he weaves this factual material into a story without even the slightest hint of an information dump.

I often tell the story where, while reading Deaver’s Roadside Crosses, I learned about the use of a hard drive enclosure to retrieve data from a computer that had been rendered useless after having been immersed in ocean water. And, ironically, not long after reading the book my personal computer crashed and would no longer work. Obviously, I had a ton of material I couldn’t afford to lose so I purchased a hard drive enclosure and was able to recover all of my files. This detail in the book was real, but Jeff had smartly included it in a work of fiction without it seeming as if I’d attended a lesson on electronic devices. He’s a brilliant writer. 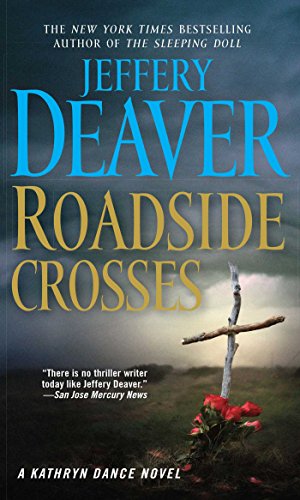 A pantser is someone who powers-up the Mac, enjoys a long gulp of coffee, and then hands over the entire book to their characters, and it is they, not the writer, who do the majority of the walking and talking and thinking, all with very little help. Pansters are not much more than stenographers who works for their characters. They are the vehicles that transform characters’ ideas and actions into words on a page.

A panster’s writing journey, like that of the plotters, begins at point A. However, the panster often has not a single clue in advance how they’ll reach point B. The convoluted paths traveled will often be as much as a surprise to the author as it will be to the reader. They know where they’re going, but not how they’ll get there.

Still, no one is all-in as a panster or as a plotter. Things change as stories evolve and the writer must adapt. And both methods work well for both types of writers. I’m a panster and my wife Denene, the scientist, is a plotter.

Billy Bob Thornton is a Pantser

Billy Bob Thornton used the panster approach when writing the script for the movie Slingblade. Thornton has said that he likes to write late at night, generally between the hours of midnight and six in the morning. He says he writes in the “stream of consciousness fashion” and doesn’t rewrite. He writes his projects all at once. The actor/screenwriter/director wrote Slingblade, for example, in nine days.

Thornton had the character Carl in mind in advance, basing him on a blend of two people he knew from his past, a black man and a white man. He incorporated the look and mannerisms and walk from the black man, and the situation from the white man. The white man, according to Thornton, was fed in his backyard, like a dog. This combination of the two real-life men was the starting point for Carl’s character and story. The rest of Thornton’s tale flowed from there, without the benefit of notes, planning, or plotting.

Now, what does this have to do with murderers? Well …

Organized killers, the “panthers,” have above average to average intelligence. They’re often thought to be attractive. They’re neat and tidy and are often married or living with a partner during the times they committed their crimes. They hold jobs, are typically educated, and are skilled at their profession. They look to be in control. And they often have above average knowledge of police and forensics procedures. They enjoy reading and hearing about their crimes, with a particular affection for seeing their crime scenes in the media. It is not unusual at all  for an organized killer to make contact with the media, or even the police.

Organized offenders carefully plan their crimes. They go the extra mile to prevent leaving evidence behind. Their killings are often premeditated. Killers in this group, the “plotters,” are antisocial and often psychopathic—they lack of empathy and other emotions. They’re manipulative of others. The tricky thing when dealing with organized criminals is that they often appear quite normal, and they’ll do their best to use charm to their advantage.

Disorganized killers/criminals, “the pantsers” of the criminal world, typically do not plan their crimes in advance. They often leave evidence at the scenes of their crimes, such as fingerprints, footprints, DNA, tire tracks, or blood. They’re also known to simply leave the body as is, making no real attempt to conceal it or to prevent leaving telltale evidence such as semen or saliva. Their crimes are sometimes chaotic.

Disorganized killers tend to be younger in age. They’re unskilled workers who have no problem depersonalizing their victims. They may be mentally ill. They’re often of below average intelligence who lack communication and social skills. Many come from dysfunctional and/or abusive families. They may have been sexually abused by relatives, and they may present with sexual detestation. They’re loners who often travel on foot to commit crimes due to a lack of transportation. These are the neighbors of their victims.

*No, I do not actually believe writers are potential serial killers. Then again, we still don’t know the identity of Jack the Ripper. For all we know, he/she was the author of great works of fiction and his/her killings were part of a gruesome research project.