Due to an unexpected and top secret assignment/situation, I am out of the office today. Therefore, this is a previously-posted article re-published from an island, using my phone as a wi-fi hot spot, while seated in the front seat of my vehicle (how’s that for a mystery?). Please enjoy … again, and I’ve added a chance to win a free limited edition Writers’ Police Academy collectible patch. Details at the end of the article. Now, off go …

According to the CDC (Centers of Disease Control), tularemia (Rabbit fever) is one of the six most concerning bioterrorism agents. Others include, anthrax, viral hemorrhagic fever, botulism, smallpox, and plague.

During WWII, the Soviet army stockpiled quantities of vials of Francisella tularensis.

Francisella tularensis, the organism that causes tularemia is one of the world’s most infectious pathogens.

Some believe the Soviets released tularemia on German soldiers in order to kill or weaken them prior to the Battle of Stalingrad. Others, however, believe the tularemia outbreak was caused by rats (carriers of the disease). Either way, an outbreak of tularemia could/would be devastating and it’s likely that the Russians, and possibly other countries, still stockpile it for use against their enemies. Even the U.S. explored using it during WWII.

A mere 110 pounds of F. tularensis dispersed over a city of 5 million residents would cause about 250,000 cases of severe illness, and 19,000 deaths ~ World Health Organization (WHO)

Fortunately, scientists have discovered a means of controlling the virulence of Francisella tularensis. They do so by using a technique called x-ray crystallography. The process produces atomic-level three-dimensional structures of targeted proteins. Two of those proteins, MglA and SspA, join together and, without going into a lot of complicated detail, subsequently stabilize a specific area of the F. tularensis genome that pathogenicity controls virulence. In other words, it stops the outbreak proactively with antivirulence drugs rather than attempting to kill it with antibiotics after an outbreak has occurred.

Anyway, so how does tularemia fit into a writer’s world? Well, lets see … 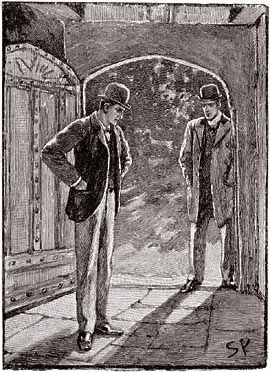 “Don’t be silly, Watson. A rabbit couldn’t be the murderer. No hands and, well, no motive. So release it from custody, immediately! However, the murder weapon was indeed a cute and quite fluffy, little bunny.”

“Don’t be silly. Of course she didn’t bludgeon the man to death with the animal.”

“No more speculation, please. Here’s how she did it …”

Today, the Center for Disease Control (CDC) reports roughly 200 cases of Tularemia (Francisella tularensis) each year in America. Only about two percent of those cases are fatal, but, since it is possible to transform the tularemia microbe to an aerosol form, the plague-like disease could be used as a very effective biological weapon.

Killers in mystery novels might find tularemia a most effective way to murder their victims since pathologists and toxicologists do not routinely screen for it during autopsy. And, Tularemia is not easily detected by doctors.

Tularemia-carrying organisms are readily found in the feces of wild animals—particularly feral rabbits. It’s also found in water and mud. Humans can contract tularemia by handling the hides, paws, or flesh of wild rabbits. They can also catch the disease by eating undercooked rabbit meat. Ticks, mosquitoes, and deer flies can transfer the sickness to humans through their bites.

A hunter with an open cut or wound can contract tularemia simply by skinning a rabbit. 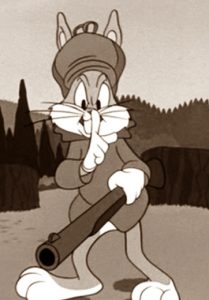 A murderous spouse could introduce the bacteria into her unsuspecting hunter-husband’s food (Tularemia-tainted meat), then blame the death on the infected rabbits the sportsman shot during his hunt. The wife could easily explain the symptoms away until her husband was too far-gone for medical help.

The disease offers a variety of symptoms depending upon the way it is introduced to the victim. Inhaled tularemia, the method most likely to be used by terrorists, presents flu-like symptoms—fever, chills, loss of appetite, cough, and headache. Swollen lymph nodes, skin ulcers, and pneumonia can accompany these symptoms.

As mentioned above, the use of tularemia in germ warfare is not new to the military. In 1932 and again in 1945, the Japanese studied using tularemia as a possible biological weapon. Thousands of Soviet and German soldiers serving on the Eastern front during WWII succumbed to tularemia. There is some speculation that the disease was introduced to them intentionally.

An American fell ill with Tularemia when he ran over an infected rabbit while mowing his lawn. It was this instance that cemented the fact that tularemia could be contracted by inhalation. In 2000, an outbreak of tularemia occurred on Martha’s Vineyard. The cause of the outbreak … lawn mowing.

In 2003, a Nantucket maintenance worker ran over an infected rabbit with his lawnmower, however, it was not he who contracted the disease. Instead, it was a co-worker who used a stick to remove the animal to nearby bushes.

Terrorists can transmit the bacteria either in food or by an aerosol propellant. Large numbers of people could be infected at once with only a microscopic amount of the bacteria.

So, what have we learned from all this? That’s right, be vewy, vewy careful when hunting wabbits, especially sick bunnies … 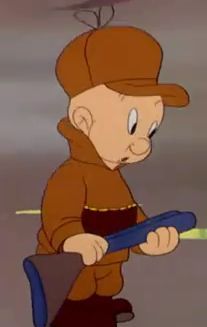 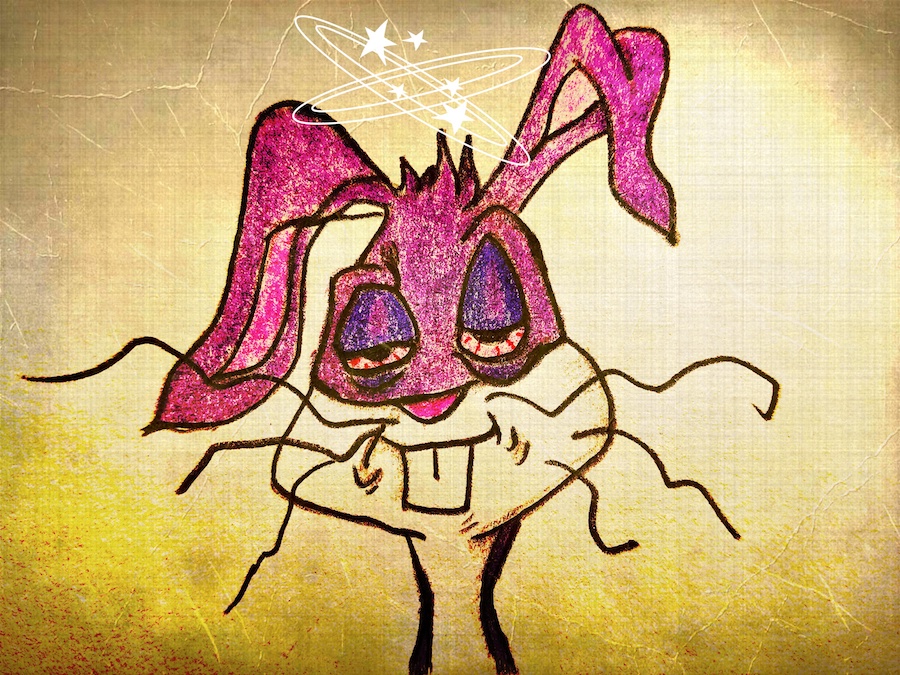 By the way, I am here (on an undisclosed island on a secret mission). Where am I? The first person who correctly guesses my location wins a free limited edition Writers’ Police Academy collectible patch. 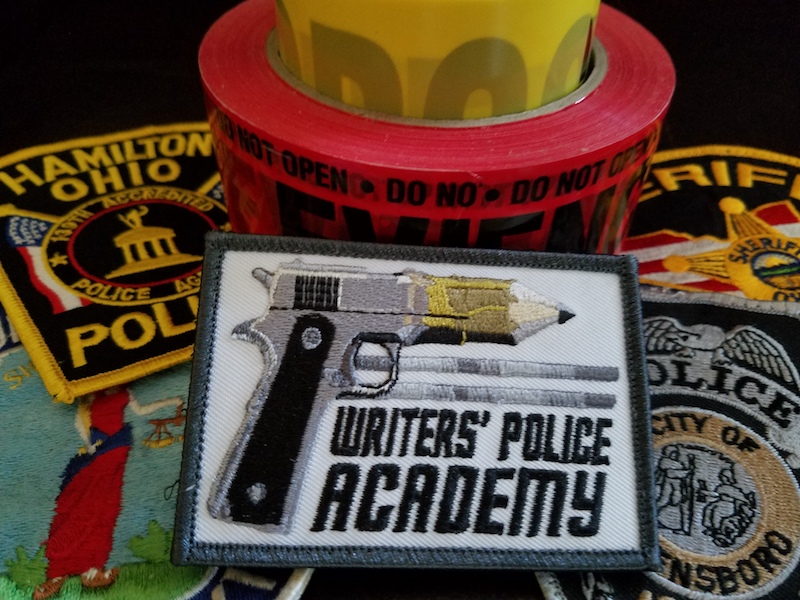 I am here … Will you be today’s patch winner? 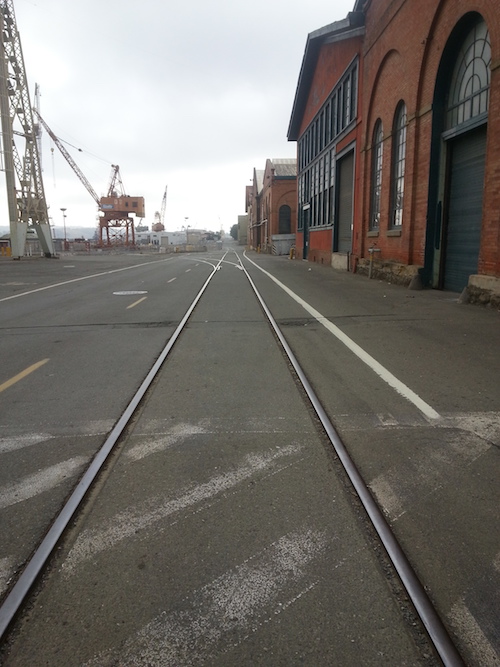 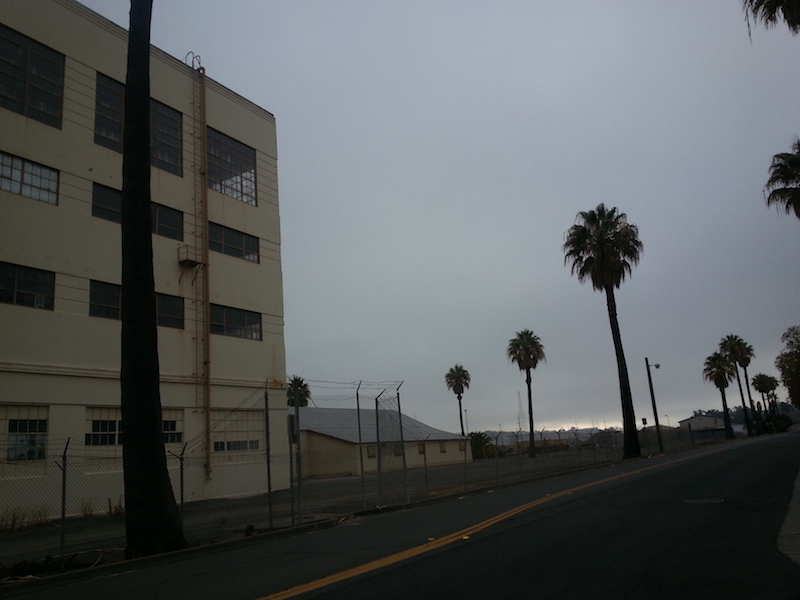