Tag Archive for: Become a Sponsor

To Our Treasured Sponsors

On behalf of the Writers’ Police Academy, I’d like to take a moment to personally extend a deep and heartfelt “Thank You” to the generous supporters who make it possible to produce this one of a kind, thrilling event for writers, readers, and fans.

Without you, dear friends, the renowned Writers’ Police Academy would not be achievable.

And now, without further ado, please meet the heroes of the 2022 Writers’ Police Academy … our Sponsors.

Mystery Writers of America is the premier organization for mystery writers, professionals allied to the crime-writing field, aspiring crime writers, and those who are devoted to the genre. MWA is dedicated to promoting higher regard for crime writing and recognition and respect for those who write within the genre. We provide scholarships for writers, sponsor MWA Literacy programs, sponsor symposia and conferences, present the Edgar® Awards, and conduct other activities to further a better appreciation and higher regard for crime writing.

For over sixty years, Alfred Hitchcock’s Mystery Magazine has been one of the foremost publishers of mystery, crime, and suspense short stories, offering mystery fiction of the broadest range and the highest quality. Home to many renowned authors, including Martin Limón, Jane K. Cleland, Loren Estleman, Rhys Bowen, and Kristine Kathryn Rusch, Hitchcock’s stories represent every subgenre of mystery fiction, from the classic whodunit to the hardboiled tale of suspense, and everything in between. AHMM has also introduced numerous new authors who have taken their places among the luminaries of the genre. Stories featured in AHMM have won dozens of awards, including many Robert L. Fish awards for Best First Mystery Short Story of the year. Lisa Regan is the USA Today & Wall Street Journal bestselling author of the Detective Josie Quinn series as well as several other crime fiction titles. She has a Bachelor’s degree in English and a Master of Education degree from Bloomsburg University. She is a member of Sisters in Crime, International Thriller Writers, Crime Writers Association, and Mystery Writers of America. She lives in Philadelphia with her husband, daughter and Boston Terrier named Mr. Phillip. A knock on the door late in the evening can only mean trouble for Detective Josie Quinn, but fear chokes her at the news that the one of her own team is missing. No one has seen Denton PD’s beautiful Press Liaison Amber for days. Sweet-natured and totally dedicated to the job, she’d never let her colleagues down. A message scrawled on the frosted windscreen of Amber’s car leads Josie to a nearby dam. But the body they pull from the water is not Amber … Denise Grover Swank is a New York Times, Wall Street Journal, and USA Today bestselling author. She indie published her first book, a romance mystery, Twenty-Eight and a Half Wishes, in 2011. She has since published over seventy novels, novellas, and short stories as an indie and with five publishers. She is published in eight languages. She has sold nearly three million books to date. A woman on the run with no one to trust.
With the ink barely dry on her new identity, Carly Moore just wants to disappear…but fate has other plans. Broken down car, next to nothing in her bank account, Carly is stuck in a Smoky Mountain town that time has forgotten. Drum is riddled with secrets and outsiders are eyed with distrust. Still, it isn’t until she witnesses a cold-blooded murder in a darkened parking lot, that she realizes she’s escaped one nightmare, only to land in another. Mary Burton is a New York Times and USA Today best-selling novelist, and is routinely featured among the top ten writers in Amazon’s Author Rankings for suspense, romantic suspense and thrillers. Her recent titles Don’t Look Now, Near You, Never Look Back, I See You, Hide and Seek, Cut and Run and Her Last Word consistently rank high on the Kindle eBooks bestseller list. She is the author of 37 published novels and 5 novellas. Mary has also published 8 works of contemporary fiction as Mary Ellen Taylor, including Winter Cottage, Spring House, Honeysuckle Season and the upcoming The Words We Whisper. She is an International Thriller Writers’ finalist and a Romantic Times finalist. She grew up in the lush Pacific Northwest but recently spends most of her time on a warm beach, always wearing flip flops. Stacy Green is the author of the Lucy Kendall thriller series and the Delta Crossroads mystery trilogy. ALL GOOD DEEDS (Lucy Kendall #1) won a bronze medal for mystery and thriller at the 2015 IPPY Awards. TIN GOD (Delta Crossroads #1) was runner-up for best mystery/thriller at the 2013 Kindle Book Awards. Stacy has a love of thrillers and crime fiction, and she is always looking for the next dark and twisted novel to enjoy. She started her career in journalism before becoming a stay at home mother and rediscovering her love of writing.

Stacy is represented by Italia Gandolfo of Gandolfo, Helin and Fountain Literary Management for literary and dramatic rights.

She lives in Iowa with her husband and daughter and their three spoiled fur babies. #1 Wall Street Journal bestselling author Melinda Leigh has written twenty novels and sold over 10 million copies of her books. Her stories have been been translated into more than a dozen languages. Her debut novel, She Can Run, was an International Thriller Award finalist. Since then, she has garnered numerous writing awards, including two RITA® Award nominations.
Melinda holds a 2nd degree belt in Kenpo Karate. She’s dabbled in Arnis stick fighting, studied Brazilian Jiu-Jitsu, and taught women’s self-defense. She lives near the beach with her family and two spoiled rescue dogs. With such a pleasant life, she has no explanation for the sometimes dark and disturbing nature of her imagination.
Find out more about Melinda by visiting www.melindaleigh.com. Patti Phillips is the person behind Detective Charlie Kerrian at www.kerriansnotebook.com. Her second ebook, “Kerrian’s Notebook, Volume 2: Fun, Facts, and a Few Dead Bodies,” covers a wide range of law enforcement procedures and techniques. Ms. Phillips has experienced seven of the Writers’ Police Academies. Many of her stories and non-fiction articles are based on the interviews she conducted at WPA as well as the intensive WPA sessions and weeklong classes at SIRCHIE she attended over the years. Hundreds of Phillips’ photographs seen on her blog and around the internet attest to the fun and knowledge gained by all at WPA. Her book reviews can be read at www.nightstandbookreviews.com

Special Friends and Supporters of the Writers’ Police Academy The Oak Ridge Boys have spawned dozens of Country hits, including Country-Pop chart-topper “Elvira,” as well as “Bobbie Sue,” and “Dream On.” In 1977, Paul Simon tapped the Oaks to sing backup for his hit “Slip Slidin’ Away.” In 2021, Mike Rowe(“Dirty Jobs”), John Rich of Big and Rich, and the Oaks teamed up to release the hit song “Santa’s Gotta Dirty Job,” which quickly reached the number one spot on the iTunes chart.

They’ve scored 12 gold, three platinum, and one double platinum album—plus one double platinum single—and had more than a dozen national Number One singles. During their career, the group has earned top honors such as Grammy, Dove, CMA, and ACM awards, to name only a few.

*The Oaks’ organization is a longtime supporter of the Writers’ Police Academy. In 2019, Joe Bonsall (on the left in the photo above), the lead voice on the hit songs “Elvira”, “It Never Hurts To Hurt Sometime,” and “Love Song,” joined several authors in writing a collection of short stories for the Writers’ Police Academy’s anthology, After Midnight: Tales form the Graveyard Shift. In addition to singing with the Oak Ridge Boys, Joe Bonsall is an avid writer. He published his first children’s books in 1997, The Molly Books, a four-book series. In 2003, Joe published G. I. Joe and Lillie: Remembering a Life of Love and Loyalty, an inspirational biography about his parents. His song by the same name was included on the Oaks’ Colors album and a music video of the song became a YouTube phenomenon with more than five million views.

Joe authored the text for the Oaks’ coffee table book, An American Journey and a Christmas story titled An Inconvenient Christmas, On the Road with The Oak Ridge Boys (2015), and From My Perspective (2010), a collection of commentaries, stories and other writings. He also wrote Sunshine Berkman, a short story in the Writers’ Police Academy 2019 anthology, After Midnight: Tales from the Graveyard Shift. 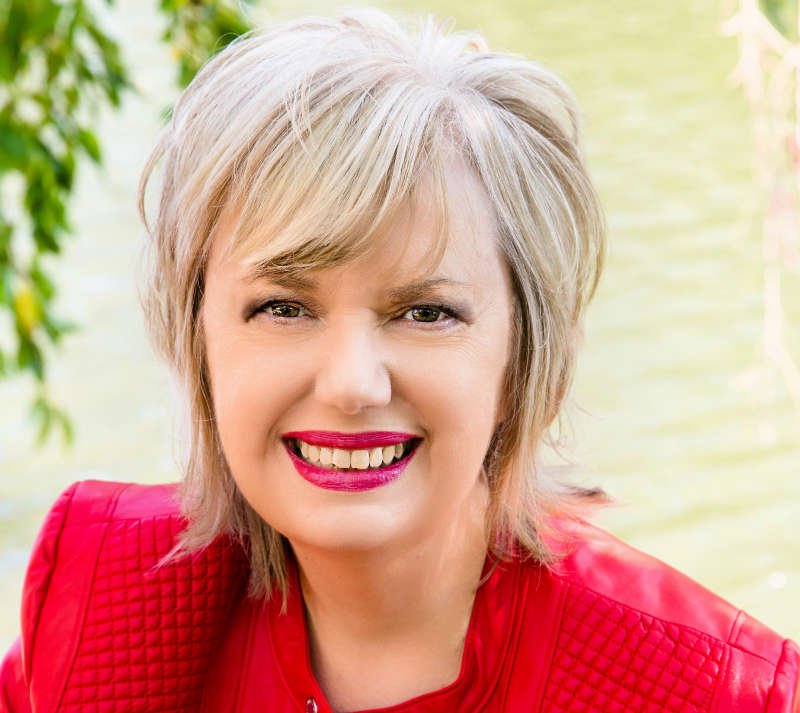 Kathy Harris is an author by way of a “divine detour” into the Nashville entertainment business. After graduating with a Communications degree from Southern Illinois University, she moved to Tennessee to work in the Christian music industry, a position that soon transitioned into what would become a long-tenured country music marketing career with The Oak Ridge Boys.

For several years, Kathy freelanced entertainer biographies and wrote, as well as ghost wrote, news stories and columns for various music publications. In 2007, she sold her first Christian non-fiction story, “Walk on Water,” which was included in Thomas Nelson’s All My Bad Habits I Learned from Grandpa. That same year one of her devotions was published in The One Year Life Verse Devotional from Tyndale House. She also contributed “Blooms of Wisdom” to the Chicken Soup for the Soul 2010 release Thanks, Mom and “He Who Laughs Last Is the Weiner” to the Chicken Soup for the Soul 2019 release Life Lessons from the Dog.

Abingdon Press, an imprint of the United Methodist Publishing House, released Kathy’s debut novel, The Road to Mercy, in September 2012. In October 2019, Iron Stream Media released Deadly Commitment, the first book in The Deadly Secrets romantic suspense series. Deadly Connection, the second book in the series, was released in October 2021.

An American Christian Fiction Writers Genesis finalist in 2007 and category winner in the RWA/Faith Hope & Love Touched by Love in 2011, Kathy was included in Family Fiction magazine’s list of ‘five new voices encouraging and challenging the modern woman.’ She was also a featured panelist at the 2012 Southern Festival of Books.

Like Joe Bonsall, Kathy Harris has supported the Writers’ Police Academy since its first year of operation. It is she who travels the streets and roads around Nashville each year to meet with country superstars to have them sign the guitars and other merchandise offered each year in the raffle and auction.

One year the guitar was slow to arrive, and it was because country music legend Kenny Rogers had taken it home with him to sign and Kathy had to wait for him to return it. Then she tracked down Dolly Parton, who added her name to the guitar.

International bestselling author Lee Child was high-bidder for a guitar signed by Keith Urban, the Oak Ridge Boys, Lady Antebellum, Brad Paisley and more. Who knew that Lee Child was a fan of country music! 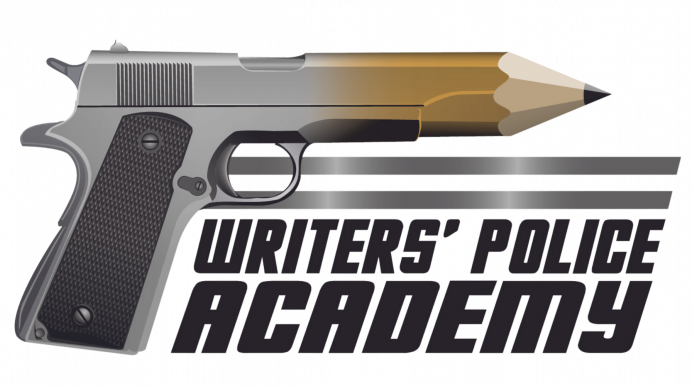 Please visit the WPA website to view class schedules, instructors, special guests, venue, hotel, and other details.
writerspoliceacademy.com
For details about how you, too, could enjoy the benefits of joining our beloved sponsor family, please click the link below.
Become a Sponsor
January 26, 2022/by Lee Lofland
https://leelofland.com/wp-content/uploads/2022/01/WPA-Sponsors-1-e1643224999433.jpg 286 500 Lee Lofland https://leelofland.com/wp-content/uploads/2017/04/the-graveyard-shift-1.png Lee Lofland2022-01-26 15:00:472022-01-26 15:02:59Writers’ Police Academy: A Deep and Heartfelt “Thank You” to Our Generous Supporters