Are you a fan of Lee Child’s Jack Reacher novels?

Are you also a fan of the REACHER Amazon Prime television series?

Have you ever wondered what it would be like to meet the real-life Jack Reacher, stunningly portrayed by Alan Ritchson, and to see him in action?

But meeting the living, breathing, and extremely muscular Jack Reacher/Alan Ritchson could never happen to me, you say …

Well, Lee Child and I (Lee Lofland) anticipated the last statement, the one where you thought you could not in a million years see Alan Ritchson in person. So Lee and I, by way of the Writers’ Police Academy, thought the proper thing to do was to make it possible for you to meet the star of the REACHER TV series.

But meeting Alan Ritchson didn’t seem to be quite enough to satisfy the needs of diehard REACHER fans.

We’re offering to one extremely lucky person the opportunity to join Lee Child on the set for Amazon’s Reacher Season Two, sometime in the fall, and (hopefully!) show up as a background extra in the show.

Now, here’s how you can be the winner of this jaw-dropping, once in a lifetime prize.

To submit your bid by email, please enter REACHER BID in the subject line. In the body of the email please include your bid (in U.S. dollar amount), your name, address, and phone number. Then send the email to Lee Lofland at lofland32@msn.com

*The REACHER PRIZE – “Will involve international travel to Canada (expenses paid, but winner must provide passport and any necessary paperwork) and might be canceled if Covid affects travel or local regulations. If canceled, the winning bid will be refunded.” ~ Lee Child 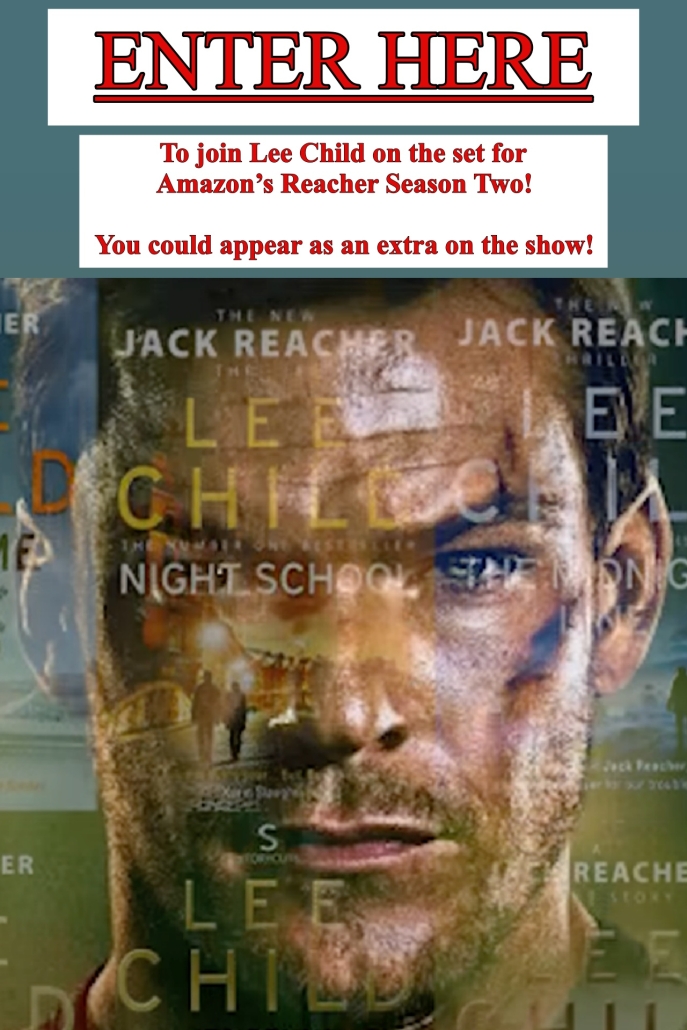 Changes to the 2022 WPA Schedule

Steve Spingola, an investigator for the Oxygen Channel’s TV show Cold Justice, was scheduled to present a special session Thursday night. But he was suddenly called to testify out of state for a case he’d investigated as part of the television show. 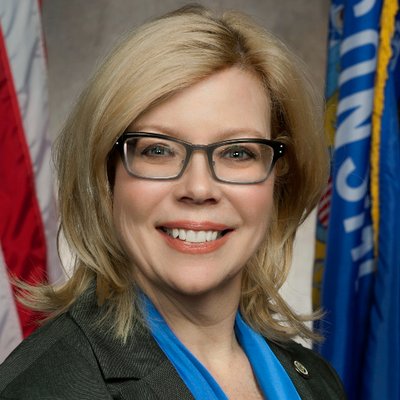 Replacing Steve is Anne Schwartz, the former Milwaukee Journal newspaper reporter who broke the story of serial killer Jeffrey Dahmer and wrote the book, The Man Who Could Not Kill Enough: The Story of Milwaukee’s Jeffrey Dahmer. Anne and the reporting team were nominated for a Pulitzer Prize. She’s since written and published an updated version of her book titled Monster, which is also the title of her Thursday night presentation, so hold on to your seats as Anne takes you behind the scenes and into one of the most heinous crimes of our lives.

Today, with more than 35 years’ experience, Anne E. Schwartz is the award-winning print and broadcast journalist, author, and internationally recognized trainer and advisor on strategic communication and public relations practices for Law Enforcement, Prosecutors, Tribal Police, Fire/EMS and others in Criminal Justice and Public Safety. With hundreds of presentations and training sessions internationally, Anne has a unique background in how to manage communications in a variety of scenarios as an expert in providing communication strategies in officer involved deaths and ensuing civil unrest.

Anne’s updated book was released in 2021 as “Monster: The True Story of the Jeffrey Dahmer Murders” with a new preface and final chapter, available for the first time in both audio and digital editions. Anne is featured in dozens of documentaries on the Dahmer case, on global TV networks and streaming services.

She has partnered with the U.S. Department of State Bureau of International Narcotics and Law Enforcement (INL), Department of Justice (DOJ), American Bar Association (ABA), United States Agency for International Development (USAID) and the National Association of Attorneys General (NAAG) to share communications best practices with criminal justice professionals in the U.S. and abroad. She has deployed to the countries of Albania, Armenia, North Macedonia, and the Republic of Maldives to provide training on best practices in criminal justice communications strategies. Anne has conducted training seminars for prosecutors and judges from Bosnia, Lebanon and Uzbekistan through the ABA Rule of Law Initiative. She is a communications/media trainer for the Wisconsin Department of Justice, and she is an Adjunct Professor in strategic communications at the National Criminal Justice Training Center. 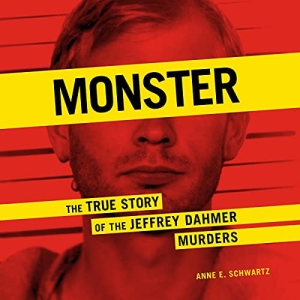 Alan Hardwick, former police chief and member of an FBI counterterrorism task force, is the new featured speaker for the Friday night special session. Alan, a guitarist, saxophonist, and singer with the popular Seattle area musical group One Love Bridge, is also the entertainer for the Friday night meet and mingle. Yes, he’s his own opening act! 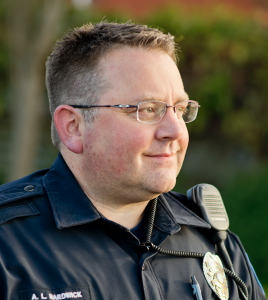 In the aftermath of the terrorist attacks on 9/11/2001, state and local government officials around the country were faced with a sobering reality: the job of preventing and responding to terrorism was not solely the responsibility of the federal government. Moreover, the work of the 9/11 Commission revealed the problems of depending on select agencies with classified investigations: sharing the previously un-shareable with local partners was a necessary part of the solution. But should John McClaine be entrusted with exceptionally sensitive national security information? Which Jack has the need and the right to know? Bauer? Ryan? Reacher? Black? Sparrow? Retired Acting Assistant Chief Alan Hardwick discusses his experience transitioning from parking tickets and domestic disturbances to briefing the nation’s leaders on secret operations, along with the impact on local investigators who never dreamed they’d be in the middle of a secret war not only for their country, but for their own lives.

Alan is the author of Never Been This Close to Crazy.

“A poignant and heartbreaking tale of one man’s fight to save himself and his family from the ravages of mental illness. Hardwick is wise, uplifting and utterly compelling. He challenges our fundamental beliefs about good parenting.” 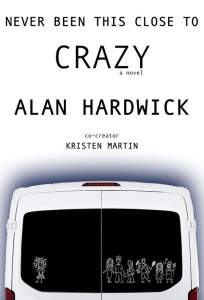 Never Been This Close to Crazy, by Alan Hardwick

Marco Conelli is unable to make it to the event this year. Due to the late and unavoidable timing of the cancellation (last week) we were unable to secure a replacement instructor; therefore, attendees who signed up for Marco’s class were reassigned to a substitute session. We apologize for the inconvenience. 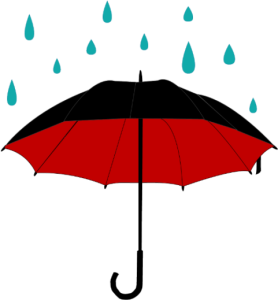 The Writers’ Police Academy is a “rain or shine” event. Some activities take place outside, so please bring and be prepared to utilize your rain gear, if necessary. Hopefully, we’ll see clear, sunny days. 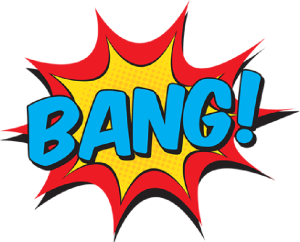 Remember, the Writers’ Police Academy provides actual hands- on law enforcement training, some of which includes gunfire, sirens, squealing tires, and yes, we will be deploying explosive devices during the tactical entry sessions. So be prepared for unexpected loud bangs and booms.

Don’t be alarmed, though, it’s just writers having fun! 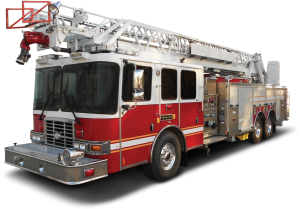 The Thursday afternoon session at the Fox Cities Exhibition Center features indoor displays, demos, and tours of police, fire, and marine vehicles and equipment, including SWAT drones, CSI, and a demonstration of how injured police canines are treated in the field.

As always, fun and exciting raffle and silent auctions items will be available at the event – the REACHER PRIZE, of course, Kindles, signed books, your name appearing in the next books of international bestselling authors Karin Slaughter and Charlaine Harris, registration to the 2023 Writers’ Police Academy event (over $500 value), three registrations (up to $300 value) to 2023 Writers’ Police Academy Online classes, television scripts, and more.

And the REACHER PRIZE, of course (priceless!).

Yes, the 2022 Writers’ Police Academy is spread out over two Wisconsin cities, and Oneida Tribal Land.

The event hotel is the Hilton Paper Valley (formerly Red Lion) in Appleton. Public Safety Academy classes are in Green Bay. We provide transportation to and from the academy. We also provide lunches while at the academy.