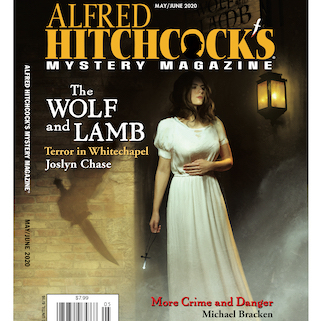 I’ve enjoyed reading, starting at a very early age, and have continued to so until this day. My tastes vary, from poetry to the classics to mystery, thrillers, suspense, true crime, historical fiction, nonfiction, and more. As I kid I read comics of all sorts. I practically devoured Frank and Joe Hardys’ latest adventures, such as The Ghost at Skeleton Rock and The Disappearing Floor. I also read Nancy Drew.

Reading material was my meth. I simply had to read and was rarely far from a book or a comic of some type. Then came Mad Magazine, a publication that suited my quirky sense of humor. In addition to Mad’s wacky articles I thoroughly enjoyed the cartoons. I liked to  draw, and Mad’s illustrators, such as Mort Drucker and Al Jaffee, quickly became some of my favorite cartoonists. Jaffee, by the way, is the Guiness record holder for the longest career in comics—73 years, 3 months. He was 95 at the time he earned the record. However, he didn’t retire until three years later, in July, 2019, at the age of 98.

By the way, a few years I stood at a reception desk in California, waiting for the employee to finish a phone conversation when I noticed that she was doodling on a notepad while chatting. Her drawings immediately sparked my interest. They were quite good and the style reminded me of the the cartoons drawn by Al Jaffee.

I mentioned the similarity and she blushed and fluttered her eyelashes a bit before saying she was flattered and that she wished her work could someday be that good. I was surprised that she knew of Jaffee since she was so young and he was, at the time, in his mid 90s. However, her eyes, the cheekbones, and the nose … yep, she was Al Jaffee’s granddaughter.

We each had a bit of free time so she told me about her famous grandfather’s life and that she would never attempt a career as an artist because the bar in her family was far too high to achieve. I did my best to encourage her to go for the gold, telling her that she was extremely talented and that she should set her own goals. She said she’d think about it.

And, speaking of goals (here’s where I segue into the purpose of the article du jour), in the days of my youth, when I foraged empty lots and roadsides for empty soda bottles to redeem for enough cash to purchase reading material, one of my favorites was Alfred Hitchcock’s Mystery Magazine.

I gobbled up those AHMM twisted tales like people today grab all the toilet tissue they can find and then hurry home to hoard it like a hyper hamster buries and stores sunflower seeds.

Hitchcock authors such as Lawrence Block and Bill Pronzini sent my imagination into overdrive and it didn’t take long the desire to see my own name in an issue of the popular magazine.

To publish in AHMM has been a longtime goal of mine and, well, (drum roll) … my first “Case Files” article is scheduled for publication in the May/June 2020 issue of Alfred Hitchcock’s Mystery Magazine! I’m extremely pleased.

Here’s a statement from AHMM.

“We are delighted to introduce a new feature, knowing that our readers often take a keen interest in the realities behind the fiction: former police detective Lee Lofland will offer in each issue insights into the working lives and daily realities of those involved in law enforcement.”

I hope you enjoy the articles.