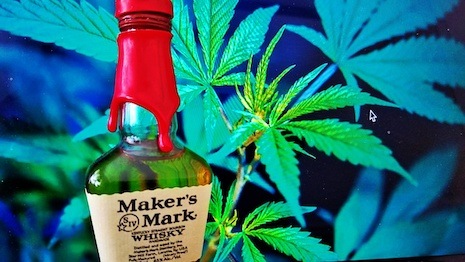 Do alcohol sales directly contribute to the number of alcohol-related traffic fatalities? What about driving while under the influence of marijuana, be it medical or recreational use? Well, let’s take a very brief look into some numbers from the Commonwealth of Virginia, a state that’s responsible for all legal alcohol sales within its borders.

In 2018, the Commonwealth of Virginia reported a 4% decrease in overall vehicle crashes. Fantastic, right? Well, not so fast. There was a 12% increase in alcohol-related fatalities, up from 248 in 2017 to 278. Virginia’s DMV stats show this is the highest number of fatalities involving alcohol since 2010.

These stats (above) are alarming to say the least, but solving the puzzle as to why there’s increase in alcohol-related vehicle deaths may not require the assistance of top mystery-solvers such as Sherlock Holmes or Jessica Fletcher. Instead, for facts that are plain as the nose on an elephant’s face, we can simply turn our attention to a chirpy little article written for the Capital News Service by Pedro Coronado.

It is within this article that the reasons for such a sharp increase in alcohol-related car crash deaths become apparent.

In his celebratory piece, Coronado suggests that readers “raise a toast to the top-selling liquor store in Central Virginia in 2018, the ABC outlet at 10 N. Thompson St. in Richmond.”

The ABC store at 10 N. Thompson St. (near Virginia Commonwealth University’s campus) sold nearly $8 million in gross sales, and they had the highest profit margin in the state. Keep in mind that, in Virginia, the state operates all liquor stores, commonly known as ABC stores. ABC, of course, is the acronym for Alcoholic Beverage Control.

During the 2019 fiscal year, half of which includes at least part of the 12% increase in alcohol-related fatalities, Virginia ABC earned more than $1 billion, a revenue increase of about $72 million over sales in the previous year.

In 2019, the breakdown of income was about $197 million in store profits, $223 million in retail taxes, and $80 million in wine and beer taxes. As a result, ABC sent almost $500 million into the government’s general fund, money that’s then used to supplement education, health, transportation, public safety, etc. The rest was used for expenses such operating the individual stores, payroll, to the enforcement of ABC laws and regulations, etc.

Established in 1934, Virginia ABC has earned its keep by contributing a whopping $10.3 billion to the Commonwealth’s General Fund. That, my friends, is a lot of alcohol sold and consumed.

In addition, ABC agents may be found trekking through the countryside in search of liquor stills and illegal marijuana grow operations. I’ve personally worked with ABC agents while conducting numerous criminal investigations. I’ve also been involved in the searches for illegal stills. Yes, we found a few. We also stumbled across quite a few marijuana grow operations while seeking out illegal moonshine stills.

A study in the Journal of Law and Economics looked at traffic fatalities from 1990 to 2010, in 14 states and Washington D.C. Each of the states had previously enacted medical marijuana legalization .

The authors of the study found that, incredibly, traffic fatalities actually fell significantly by between 8% and 11% in the first year after the passage of medical marijuana laws. And they continued to fall for the next three years. The authors believe the explanation for the decrease is that medical marijuana may serve as a substitute for alcohol. (1)

Another study, this one lasting from 1985–2014, published results in the American Journal of Public Health. The study explored the same relationships—alcohol-related fatalities and crash fatalities relating to marijuana—but added the condition that dispensaries were in operation in each of the locations. Again, the study showed lower traffic fatality rates in those states with medical marijuana laws.

Actually, traffic fatalities decreased by 10.8% once medical marijuana became legal . However, the exceptions to the rule were two states (Rhode Island and Connecticut) who indicated an increase in fatalities. Still, overall the presence of operational marijuana dispensaries was associated with a decrease in accident fatalities. (3)