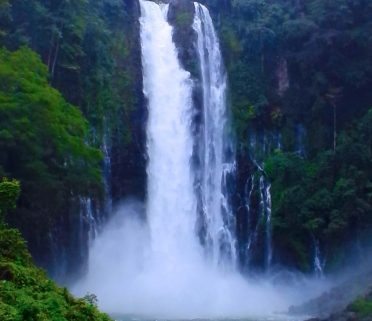 Have you ever called a plumber to fix a leaky water pipe in your kitchen, and when he arrived you told him not to use his tools and training to repair the problem?

Well, consider the person who did just that, telling the plumber who responded to her call for help, “I know it’s probably the worst leak you’ve ever seen. Dangerous, actually. But,” she continued with a few batts of her  mail-order eyelashes. “Can’t you just talk to my pipe? I’m sure it’ll simply fix itself if you talk nicely to it.”

Meanwhile, both she and the plumber were soaked to the gills. The steadily rising water filled the house until it finally burst through the front door. Torrents of roiling and boiling whitewater rushed down the front steps like the falls on Flat Rock Pond. Kids used metal garbage can lids as kayaks in the lake. The woman’s dog somehow managed to climb onto the roof and her goldfish were jumping like dolphins in the wake trailing the trash can tops. It was outright chaos, and it all happened within a blink of an eye.

“But, I love my pipes,” she said. “They’re good pipes. Please try talking to them. Just once more …”

Her tears dropped into the knee-deep pond that swirled and twirled and bubbled around her legs like a Bermuda Triangle whirlpool. The once tiny leak was then gushing like a geyser that would shame Old Faithful.

But the master of cold on the right, hot on the left, and the yucky stuff don’t run uphill, knew there’s no other way. They’d both drown if he didn’t do something. So he reached into his tool bag and came out with “Big Red,” the best 24-inch pipe wrench Sears and Roebuck had ever sold on clearance. He swallowed hard once and then turned to face the trouble.

This is what he was trained to do and he reacted without fear or hesitation. A quick side-step, a firm grasp on the valve with his left hand, a lightning fast strike with the wrench, and it was over. The chaos ceased and his adrenaline level subsided. He took a deep breath. Then …

Sound silly? Well, hold on a second. Police officers face similar circumstances nearly every day of their lives. People who are in danger at the hand of loved ones call 911 begging for help. They fear physical harm and/or death. They’re scared for their family members.

Sometimes they’re so distraught you can almost smell the fright over the phone lines. But, when the boys and girls in blue come sliding to a stop in the driveway, with lights winking and blinking and sirens squalling and wailing, well, this is what they often encounter, starting with the initial call for help.

“Help me! Little Johnny has a gun and he’s been pointing it me and Jimmy Billy. Twern’t loaded at first but now it is and he done lost his what little sense he had. He ain’t taken his crazy medicine in pert’near a week. I’m skeert for our lives. And Maw ain’t here to talk to him.”

“I’m sending someone right away.”

“Good. We’s all locked in the bathroom now, ’cause that little bastard’s a shootin’ up the place. He’s teched in the haid, I tell you. Gets it from my wife’s side of the family. They’s all one seed short of makin’ a whole watermelon.”

“Sir, stay on the line. Officers are on their way.”

Three officers arrive and they’re met by Little Petey Paul who’s made his way outside and is standing in the gravel driveway holding his father’s old revolver.

Keep in mind, though, that the Little Petey Pauls of the world never seem to be small in stature. They’re typically 6’2″, 235, foaming at the mouth, with both eyes are spinning like tops. And, of course, they’re shirtless, barefoot, and highly UN-medicated.

As always, this is the time when dear old Maw comes driving up in family pickup truck, a 4×4 with a gun rack in the rear window and a sticker on the bumper that reads, DRIVER CARRIES NO CASH, JUST A BULLET FOR YOUR ASS!

The family matriarch jumps out of the truck and tosses the remainder of her non-filtered cigarette into a pile of empty beer cans beside the plywood cutout of granny bending over in the flower garden. One officer goes to meet her, keeping her out of harm’s way.

Other officers draw their weapons and order the human anvil to drop his handgun. Instead, the human stump points the .357 at the officers. He grinning like the possum the family had for supper the night before. The lead officer starts talking.

“Please put down the gun, son. We just want to help you. Everything’s gonna be okay. I promise.”

Little Petey Paul licks the barrel of the pistol, then holds it against his head. Spittle dribbles down his chin. He’s crying. His teeth clench together like the jaws of a vise.

Maw tries to push her way past the officer. “Assholes. Let me go. That’s my baby. Just talk to him. Put those guns away! You’re gonna hurt my precious little boy!”

The gun goes off.

The officers have no choice. Each of them fired a couple of rounds. A second later, Little Petey Paul lies dead in the dirt and gravel with four small bullet holes marking his flesh. The officers each feel that sudden drop of adrenaline followed by the sinking, sickening, gut-wrenching sensation that comes with taking the life of another human. The second-guessing begins immediately. Their lives are forever changed, and not for the better. Possibly ruined.

“My little baby! Why didn’t you just talk to him. You didn’t have to kill him!” Maw screams, and then begins punching, kicking, and clawing at the officer’s face. The rest of the clan pours out of the house—Pa, Andy, Sandy, Randy, Candy, Tandy, Mandy, Handy, Pandy, and Earl, Jr. They’re screaming and struggling with the officers. Back up arrives to help quell the escalating disturbance.

I guess the point to ponder here is, well, don’t call a plumber if you don’t want your leak fixed. 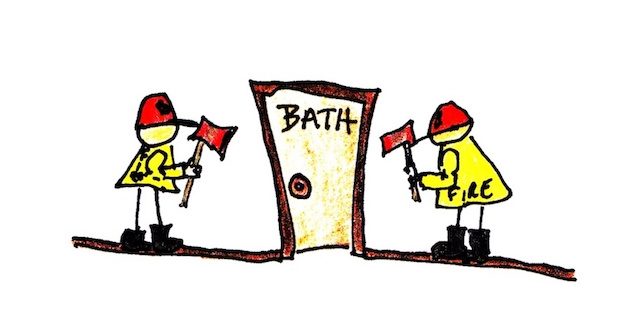 How many times have we all heard that truth is much more difficult to believe than fiction? Well, let me be the next person in line to confirm that statement. I say so because, well, just when you think you’ve seen and heard it all, these folks picked up the phone and dialed 911 (yes, I was the unfortunate officer who responded to these “emergency” calls).

So, without further ado … 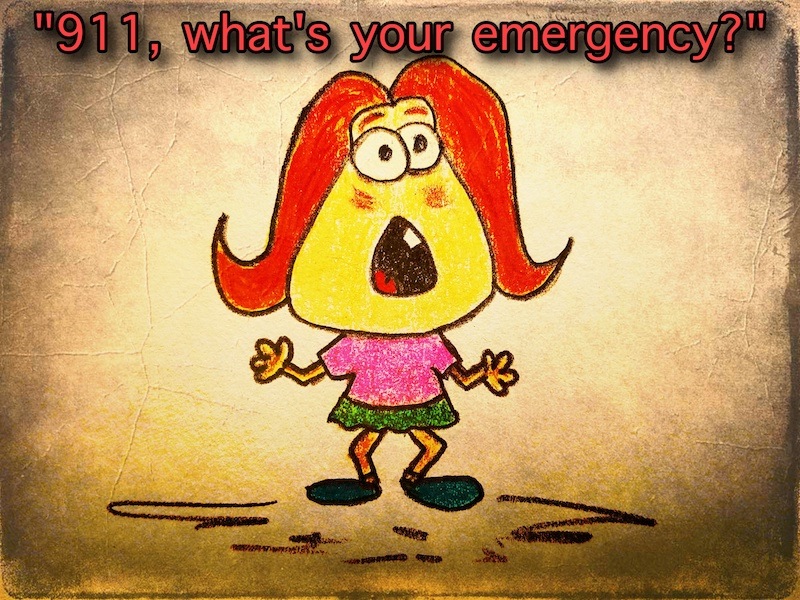 “Ma’am, I can’t understand you. Please try to calm down and tell me what’s wrong.”

“My house is on fire! I just moved in today and turned on the heat and, and, and, that big metal thing in my living room caught on fire, please huuurrrrryyy! There are flames inside and it’s getting hot! Huuurrrryyy!!! Oh, God, oh God, oh God … MY CAT’S GONNA DIE!”

Luckily, I was nearby and told dispatch I’d take the call. I arrived in less than five minutes. 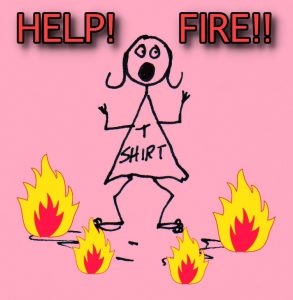 She’s standing on the front porch with the front door wide open. It’s 20 degrees outside and all she has on is a t-shirt. Nothing but a t-shirt. And she’s crying and screaming and begging me to go inside to rescue her cat, a cat that was trapped in “the inferno.”

“See, it’s on fire. Look through that little glass and you can see the flames.” 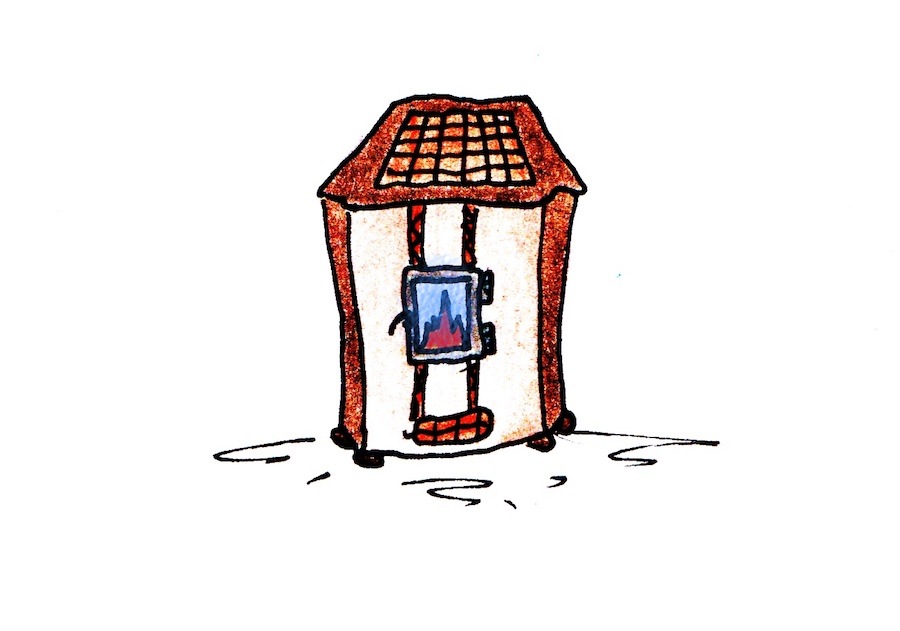 That’s when she realized she was wearing nothing “butt” a t-shirt.

“I think my house is on fire.”

“You think your house is on fire? Do you see flames or smoke?”

“No, but my wall’s hot. Would you please send someone over to check it out?”

I go to the door and peek inside through the small glass pane near the top. The gentleman was seated in a chair watching Jeopardy. 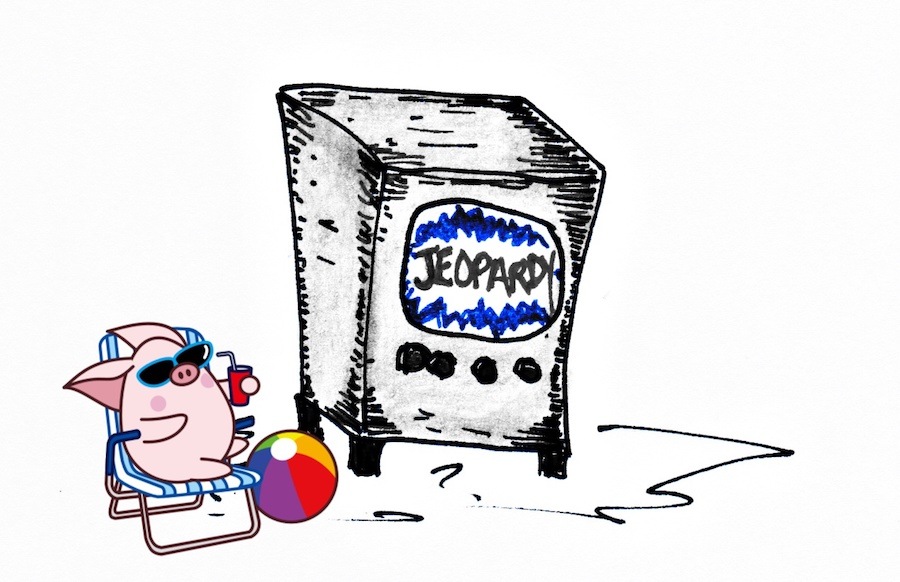 “Thanks for coming officer. My house may be on fire. The wall is hot. See. Feel right here.”

“Sir, you have a roaring fire going in the fireplace. Naturally, the wall above those flames may get a little warm.”

“Thank you, officer. That never occurred to me.”

“Please help me! I’ve been locked inside my bathroom for several hours and can’t get out. I’m getting really hungry, too. And I’m pregnant. Please help me!”

I broke a glass beside the front door and turned the deadbolt latch (see how easy it would be for burglars—use a keyed deadbolt for better security, but remove the key from the lock and store in a safe, easily-remembered place).

Then, with easy access, I opened the front door and stepped inside. Sure enough, she’s locked inside the master bathroom and she’s crying. Full blown sobbing.

“I think I’m going to lose my baby because I’m so upset.” 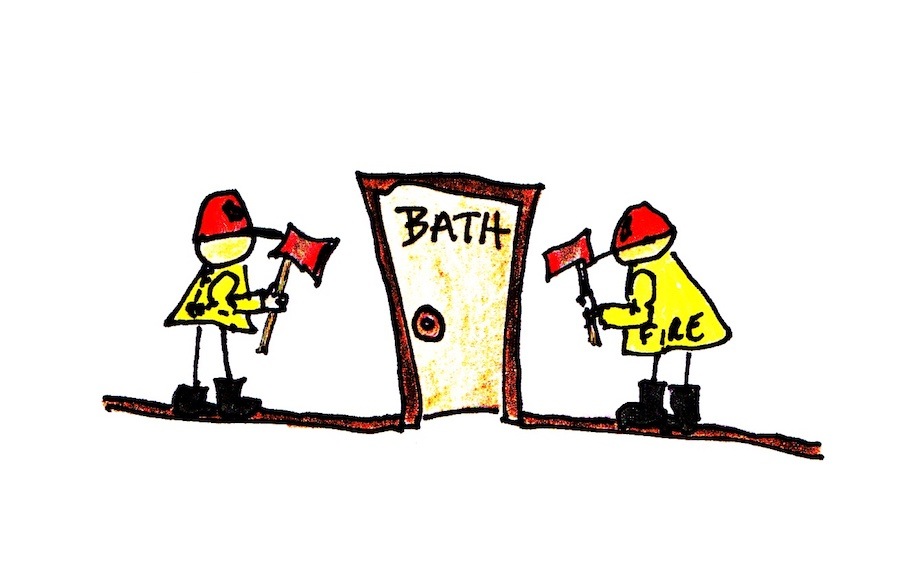 We exchange puzzled glances, then I said …

“Ma’am, did you try turning the little button in the center of the knob?”

“I think I have it now. Thank you for coming by.”

“Yeah, um … would you send a cop over here right away, please. I just moved into this apartment and can’t figure out how to turn up the cold water temperature on my kitchen sink. It’s too cold and the landlord won’t help. He just hangs up on me.” 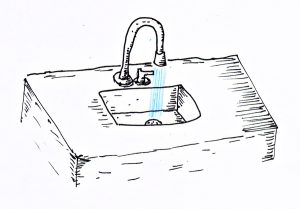 I politely explained to the gentleman that water temperatures are not a true emergency and that cold water temperatures occur naturally. They are what they are because tap water is piped directly from the city. He responded by telling me that I’m a waste of taxpayer money and that I’m part of the reason the country is going down the toilet. Another place where the water temperature is non-adjustable.

Finally, my once or twice monthly call.

“You gotta send someone over right away. Elvis is back inside my refrigerator and he won’t stop singing. He keeps up that wild racket all night long.” 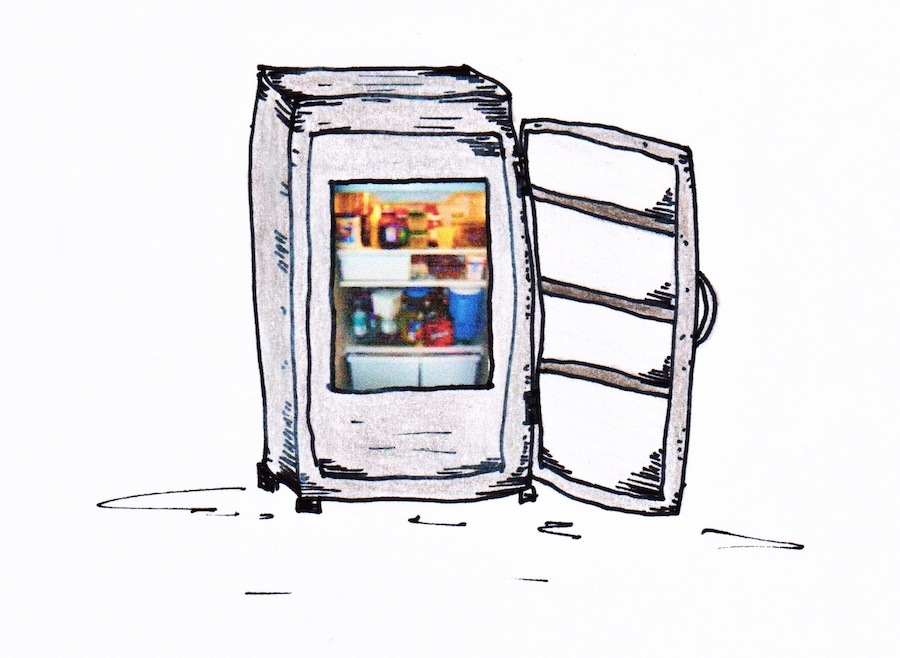 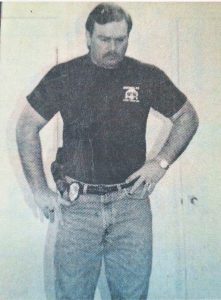 And, while working in plainclothes, I sometimes heard …

“Are you a cop? Because if you are you have to tell me now that I’ve asked. You’re not, cool. Now we can do business. You say you want two kilos … hey, wait a minute, you can’t arrest me because you lied about being a cop. This isn’t legal!”