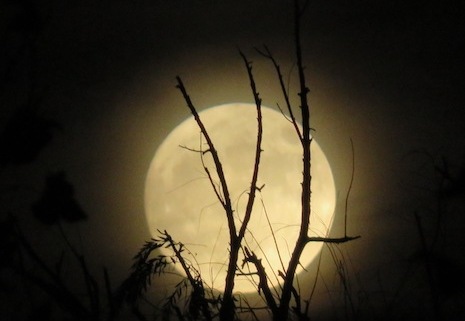 Working the dreaded graveyard shift is bad enough as it is, but when you add the extra stress of working it alone, well, then it sometimes becomes downright dangerous. But I’ve done it, and so have many police officers across the country who work in small towns and counties. In my case it was a county—my first law enforcement assignment—and it wasn’t all that small. But our sheriff had his way of running things and few were brave enough to contradict the larger than life man behind the curtain. So working alone during the overnight shift was not uncommon. Didn’t like it, but it was what it was.

The sheriff had his reasons for the solitary assignments, I suppose. Well, sometimes the reasons were a bit shaky to say the least, such as allowing time off for several family and/or friends who served as deputies. This was so an entire group of children and nephews and close personal friends could attend gatherings, weddings, parties, etc.

The shortage of manpower left other deputies to cover for the absentees, often doing so on their days off. Or, as I stated above, it was often necessary for the remaining deputy on the schedule, like me, who was not related to the boss, to cover an entire shift/county all by your pitiful self with no one to talk to except a hollow voice on the police radio.

Speaking of “that” voice on the radio … OMG, if there was ever a cure for insomnia, she or he was it. Looooonnnngggg monotonous messages delivered in a single sleep-inducing tone. No change in pitch or inflection of tone. All one note. It’s as if their vocal cords are stuck on E-flat.

Working the midnight shift is sometimes slow and lonely, especially after 2 a.m. (10 p.m. – 2 a.m. are the action hours, usually). You spend a great deal of your late-night patrol time fighting sleep while listening to anything you can find on the radio. And you constantly fight with that mandatory piece of equipment worn by all graveyard shift officers … the invisible string attached to your eyelids—the one that attempts to pull them down like grandma’s old-time window shades. And the string uses a downward force that’s equal to three times the earth’s gravitational pull.

You’re out there with the feral dogs and cats while they raid garbage cans and dumpsters, and the back-lit mannequins guarding storefront windows in the various small towns are the only company that remotely resembles another human. Wispy tendrils of steam rise out of the storm drains, twisting and winding their way upward toward the black sky. Your spotlight reveals things between silos and tractor sheds that may or may not be there. Only your mind knows for sure. Images of a nice, warm, soft bed and pillow play on a never-ending loop inside your mind.

But there are some moments of excitement and action and working an entire county alone poses some interesting problems … like an attempt to reach  a crime scene at some point in time before your shift ends. County deputies and police sometimes must travel long distances between the location where they received the call and the spot to where they’re dispatched. For example:

The trip across our county from east to west, with blue lights and siren and gas pedal to the floor, was 40 minutes or so. That’s nonstop as a wobbly, drunk crow flies. North to south was even further. Diagonally, though, if a deputy was patrolling in the far southwest corner and received a call in the far northeast, well, let’s just say that we hoped the complainant knew how to shoot or had a pack of viscous attack dogs handy, because we’d have to stop for gas twice before we’d reach them. And that’s if our radios could pick up a signal in the deepest, darkest corners of the county. 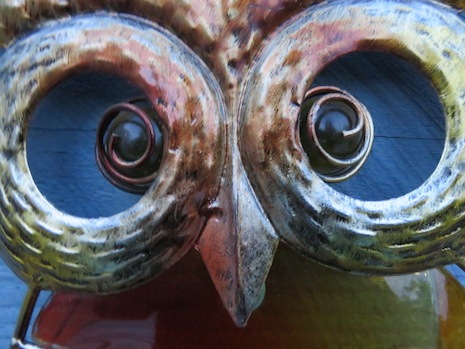 To make matters worse, since interstates do not run diagonally, that meant dodging deer, ‘possums, raccoons, bobcats, animal carcasses, loose cattle, bears, hawks, rabbits darting about as if they’d been shot from cannons, wide-eyed owls, buzzards, bats, and thousands of nighttime flying insects peppering the windshield like gooey, sticky birdshot. All of this while zipping along at top speeds while winding our way along a maze of roller-coaster-like country roads for a good portion of the trip. Hence the reference above to the drunk crow.

Daytime shifts in rural areas present their own challenges. You know, like when you’re running full lights and sirens because someone has just been shot, and suddenly find yourself behind a massive multi-wheeled farm tractor that’s towling some sort of bright green or red dinosaur-like machinery with appendages that occupy most, if not all, roadway space and both shoulders? And, of course, Bubba the no-shirted tractor driver is chattering away on his CB radio while scooting along at a breath-taking 4 miles-per-hour. He can’t hear your siren over the roar of the equipment, and he never, not ever, turns around to see what’s behind him.

So you’re left with no choice but to find a shallow spot in the ditch and crash through it sending everything inside your car flying—coffee cup under the brake pedal, papers on the dashboard fluttering about like large chunks of confetti, handcuffs under the seat and, well, you get the idea. Then you plow through an acre or so of corn in order to pass the tobacco-chewer (you learned this bit of information where he turned and spat a nice wad through your open window just as you finally made your way past his mammoth tires).

Then, to top off the trip, you arrive at the scene and discover an entire family, along with several intoxicated shirtless neighbors, fighting like they’re the feature “act” in one of those ridiculous TV wresting matches. And they’ve chosen large hunting knives as their weapons du jour.

So you yell out, “Junior!” knowing that at least half of the crew will stop fighting long enough to see who’s calling their given name. Doing so typically scatters the folks who have outstanding warrants or are parole or probation violators. Then you’re safe to arrest the remaining half-dozen, or so.

Of course, you’ll first you’ll have to stand toe-to-toe and argue with the wives of each of the offenders, and you don’t want to arrest them because each lovely bride has at least one crying snotty-nosed diaper-wearing kid hanging from a hip. And there’s always, always, always a barking and yelping one-eyed, three-legged dog named Bear or Blue who’s frantically nipping at your ankles during this entire mess.

Just as you’re about to ratchet the cuffs on the largest man in the entire county, the guy who bench presses officers for fun (if you only have one pair of cuffs, always handcuff the behemoth who’s most likely the one who could inflict the most amount of pain on you), your radio crackles …

Nope, no emotion. No change in tone. No inflection.

The entire message delivered in E-flat.

Eyes open in anticipation of the latest fresh hell

“Automobile crash at the intersection of …” (All in E-flat).

And so it goes … hoping you’ll reach the crash before daylight.