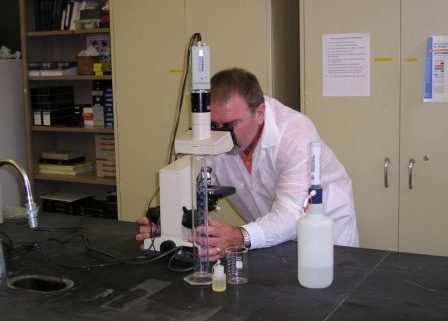 Trace evidence can be simply described as a small, or tiny, piece of evidence left or taken away from a crime scene. If that definition sounds familiar, it should. In fact, everyone involved in a criminal investigation, including writers of fictional cases, should be aware of Edmond Locard’s Exchange Principle—“every contact leaves a trace.”

In other words, everyone who leaves an area takes something with them. Likewise, everyone who enters a scene deposits something. Now, those “somethings” may very well be microscopic, such as DNA, but something is exchanged by every single person who enters and/or leaves a crime scene.

In the field crime scene technicians and investigators collect every single piece of evidence that could help solve their cases. They bag and tag and transport everything from cars, mattresses, and carpeting, to threads, dandruff, and chips of paint.

However, until those pieces of evidence are tested and confirmed by a laboratory scientist or technician, they are nothing more than inanimate objects without substantial meaning or purpose.

It is the laboratory scientist/examiner who adds the icing to the investigator’s cake by attaching a certified and positive identification and, an official quantity to the unidentified and/or unnamed evidence. In short, it’s not blood until the lab says it’s blood.

So, what does it take to be a forensic laboratory examiner? (I’ll be referencing the Commonwealth of Virgina. Things could very well be different in your area).

1. New trainee examiners within the Division of Forensic Sciences’ Trace Evidence Section, begin their training in only two specific areas, from a list of several—Explosives, Fire Debris, Glass, Hairs and Fibers, and Paint, or Primer Residue.

2. Trainees are closely supervised by an experienced trainer. The supervisor/trainer assigns the newcomer a training schedule, which includes studying the department training manual and completing a summary form as each section is completed.

3. The training period for a new trainee is approximately 12 months. Both oral and written quizzes take place throughout the duration of training. Testing regarding the use and knowledge of laboratory instruments is conducted by the chemistry manager, who issues either a pass or fail grade. All of this takes place while the trainee learns and works side-by-side with, and under the watchful eye of their trainer.

4. Trainees are required to maintain a notebook containing all training summaries and required reading as assigned by the trainer.

5. Trainees are required to read, study, and become familiar with instrument manuals provided by the manufacturer(s).

6. At the completion of the training program, each trainee must successfully complete an oral competency exam. The exam must be completed within 3 hours.

7. A second part of the final exam is a practical test, where the trainee demonstrates his/her ability to work a mock case and then present their findings in a moot court, complete with a “prosecutor, judge, and defense attorneys.”

8. Once the training program is complete the Chemistry Manager recommends that the trainee be certified. It is also time for the trainee to submit a buccal swab for DNA testing. The result is stored in the staff DNA database for comparison and elimination in the event evidence contamination comes into question.

9. Required reading is an ongoing process for trainees. Included in their lengthy reading list are:

10. Trace Evidence Section trainees must be familiar with the Federal Rules of Evidence.

11. Trainees must thoroughly understand the admissibility of scientific tests to include the difference between “Frye” and “Daubert.”

12. A vital part of the duties of a trace evidence examiner is the courtroom testimony regarding their findings. And, to sharpen those skills they’re required to read more page-turners, such as:

Finally, it’s time for the trainee to… 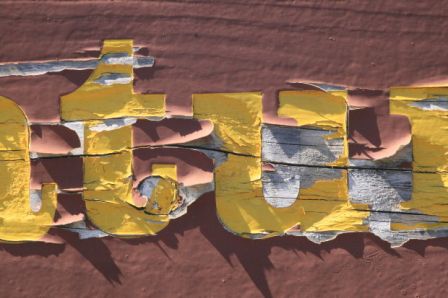 …begin his/her first case, solo. Their next hurdle could/would be to tackle two new areas of trace evidence examination. To do so, they’d begin an abbreviated version of this process again, and would continue to do so until they’d mastered each category of trace evidence.

After all, who wouldn’t want to expand their horizons in 5 or 10 years by moving from examining bits of dandruff all the way up the ladder to analyzing tiny flakes of dried paint? The pace must be exhilarating.

My heart is pounding just thinking about it.