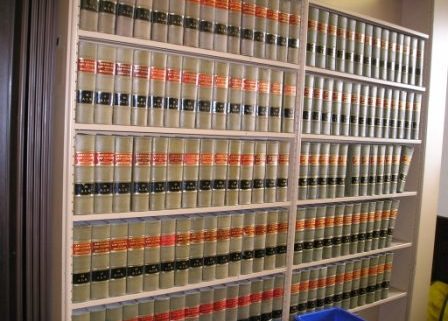 The Sixth Amendment guarantees that “in all criminal prosecutions, the accused shall enjoy the right to a speedy and public trial, by an impartial jury.” The Constitution further guarantees that the accused will have the assistance of counsel and may be convicted only if an impartial jury of his peers unanimously determines that he is guilty beyond a reasonable doubt.

So what about plea bargains? There’s no judge or jury involved in that process. Instead, a plea agreement is reached when both the prosecutor and defense sit down and hammer out a really good deal for both sides, right? Well, not quite.

A plea bargain is about as one-sided as it gets, and the side that wins nearly every single time is that of the prosecution. In fact, less than 3% of all federal criminal cases make it to trial. This translates into a whopping 97% of all federal cases being decided by a plea bargain. And, it is the prosecutor who decides how much time the defendant will serve behind bars, not a judge or jury of anyone’s peers.

The defense is at a huge disadvantage at the onset of the process because prosecutors hold all the cards—secret grand jury testimony and evidence, crime scene evidence and lab test results, witness statements, and the authority to charge the accused with the most severe offense he believes he can prove…UNLESS the defendant agrees to plead GUILTY in exchange for a charge of a lessor offense, which would result in serving far less time in prison than had he been found guilty of the more severe charge. In many, if not most cases, “far less time” could be a decade or even more.

The way a federal plea bargain works, in short, is like this.

1. Police conduct an investigation and hand over their collected information and evidence to a prosecutor.

2. The prosecutor presents his/her case to the Grand Jury who almost always issues a “true bill,” meaning there is enough evidence/probable cause to proceed with the trial. After all, the only people testifying before them are witnesses for the prosecution. The defense is not a part of the Grand Jury process.

3. The suspect is arrested and incarcerated. A favorite prosecution trick is to have agents/officers make the arrest on a Friday afternoon. This is so the suspect will have to sit in jail throughout the entire weekend, until judges/magistrates return to the bench on the following Monday to hold/conduct a bond hearing (holiday weekends are a bonus because courts are also closed on Mondays). This provides the defendant a bit of eye-opening time behind bars before having an attorney appointed to their case. When Monday morning finally rolls around, many defendants are willing to do or say almost anything to return home, including agreeing to a quick plea deal.

4. Bond is either set or denied.

5. Prosecutor and defense attorney meet either in person or by phone.

6. Prosecutor offers a deal—a lessor charge if the defendant agrees to plead guilty, or face the top charge possible, along with the standard obstruction of justice for not accepting responsibility (not pleading guilty) with as much time in prison as the law allows. Obstruction, by the way, could result in an additional sentence of ten years. And that’s on top of the time for the original charge.

7. Defense attorney presents the “deal” to his client—either plead guilty to the lessor charge and serve time in federal prison for ONLY three years, for example, or refuse the deal and face the possibility of being found guilty anyway, but receive a sentence of twenty years in prison. And, this deal is open for discussion only at that moment. There’s very little time given to consider it. It’s either now or never in most cases. Of course, prosecutors will most likely accept a deal at a later time to avoid taking the case to trial, but the first offer is always the best offer. The longer the wait the more time the defendant will have to serve in prison.

8. The deal is almost always accepted. As I stated earlier, this is so in approximately 97% of all federal criminal cases, including deal acceptance by defendants who are innocent of the crimes for which they’re charged. These folks plead guilty because they’d rather agree to a shorter time in prison rather than face decades behind bars, or, in some cases, the possibility of receiving the death penalty…for a crime they didn’t commit.

In 2012, the average sentence for drug offenders (in federal court) who agreed to plea deals was five years and four months. Defendants who rolled the dice and went to trial were sentenced to an average of sixteen years. It’s a “no-brainer” decision and prosecutors know it and they rely on it. And, a plea deal typically includes a “no appeal” stipulation.

A fair and voluntary system? What do you think? Before you answer, consider this. Of the 2.2 million people in American prisons, over 2 million of those individuals are there as a result of a plea bargain devised by a prosecutor who also determined the amount of time the defendant was to serve behind bars. No jury. No judge. All prosecutor.

Some have said “having our day in court” is a thing of the past. What about you? Do you agree with the current method of plea bargaining?