I consider myself to be extremely fortunate and blessed to have met some of the coolest people on the planet, including, of course, many of my favorite authors and musicians. Sometimes the two cross paths when they—musicians and/or writers—decide to spread their wings a bit.

You already know how fond I am of Joe Bonsall and his fellow Oak Ridge Boys, and you can peek at his latest book by glancing to the right of the first paragraph of this page.

But my connection to musicians and their writings goes a bit further, and here’s something many of you don’t know about me. I, too, am a musician of sorts. I started out learning to play drums when I was a child. From there I learned to play the tuba, clarinet, piano (some), and eventually the trumpet. Actually, I wound up playing first chair, first trumpet in concert, jazz, and marching bands for several years. I’ve played solos in numerous venues.

In the meantime, I learned to play guitar and bass guitar and played in a few garage-type bands. Along the way, I was lucky enough to play music with lots of extremely talented people in a few well-known clubs and concert arenas. 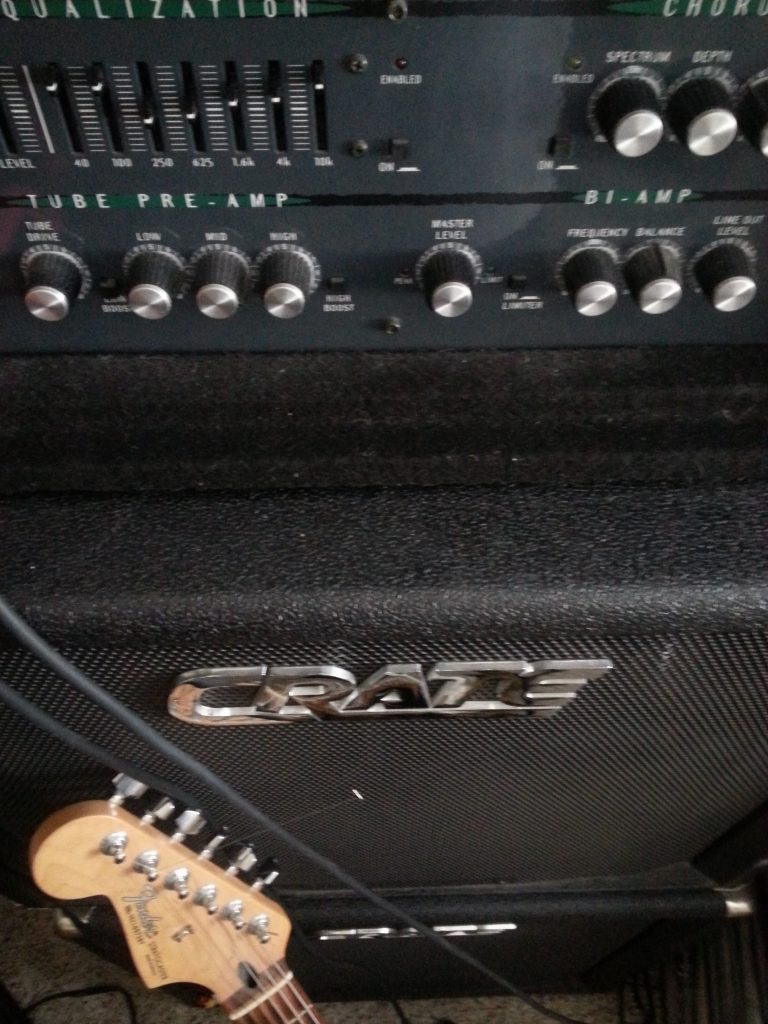 This occupies a corner in our office

I’ve also had the pleasure of meeting and hanging out with a few superstars in the music business, such as the Oak Ridge Boys, who, by the way, were recently inducted into the Country Music Hall of Fame. And, a few weeks ago they received the Country Song of the Year Award at the Gossip Music Association’s 46th annual Dove Awards.

Then there’s Peter Noone of Hermans’ Hermits. What a super nice guy. Eddie Money—another great guy who, by the way, was once a police officer. Tony Lindsay of Santana…a great singer with a heart of gold and a voice that’s as smooth as melted butter.

Here’s Tony performing with his own band. Speaking of superb musicians…

Anyway, back to musicians who write. I met Gregg Kihn of the chart-topping Gregg Kihn Band several years ago (Gregg’s hits include Jeopardy and The Breakup Song, to name a couple).

Gregg eventually worked as a DJ at San Jose, California’s KFOX radio, where he featured many rocking musicians as his morning show guests. Then he turned a corner by writing and publishing mystery novels and other books, including Carved in Rock (pictured above), a collection of short stories written by other musicians such as, Joan Jett, John Entwistle, Pete Townshend, and Eric Burdon.

So, when I heard of Gregg Kihn’s anthology I rushed out to grab a copy and to ask Gregg to sign it (Yes, I collect signed books and chances are I have one of yours in my office. If not, I wish I did). 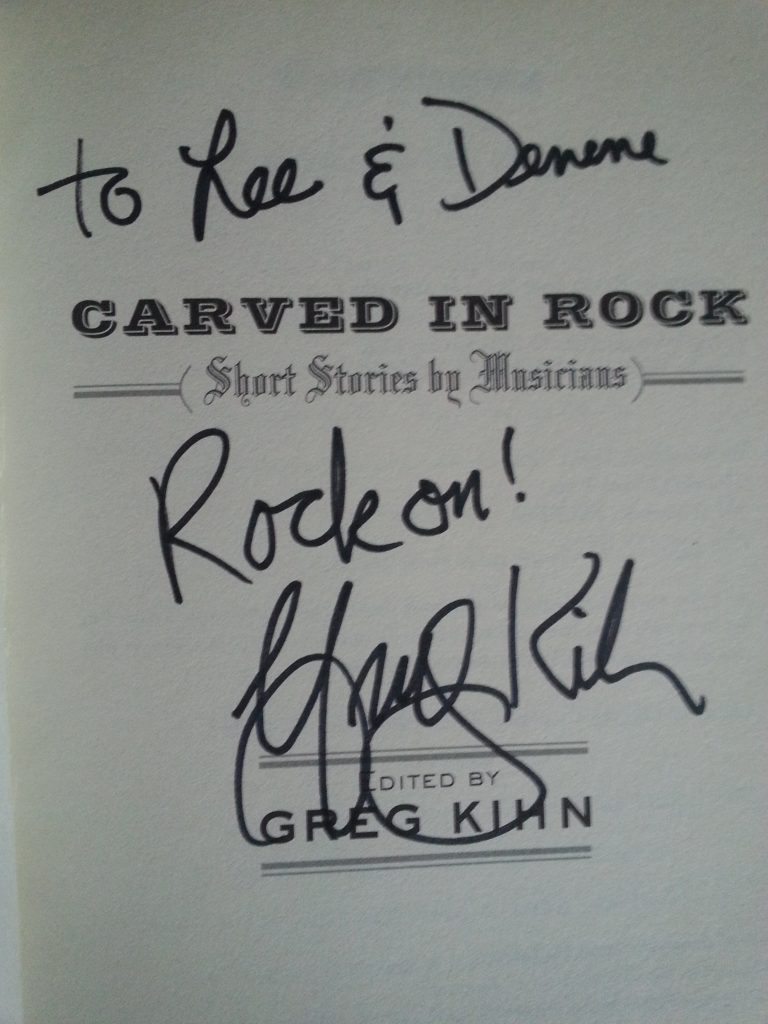 Now, to tie all of this up with a neat little bow, Gregg’s son, Ry, is one of the best guitarists I know. In fact, he’s been on stage with the best in the in the business—Joe Satriani, The Who, Billy Idol, and more. He’s also a highly-sought-after studio musician.

When I heard Ry’s style I just had to ask him to teach me a few new licks and tricks. So I wound up taking guitar lessons from him for while. Well, mostly I just sat there and listened to and watched him play because the man is a genius on guitar. Here’s a sample of his style of instruction.

There you have it, my secret side. I can play, but I can’t sing. Not a note. Unless, of course, the goal is to drive away people and barnyard animals.